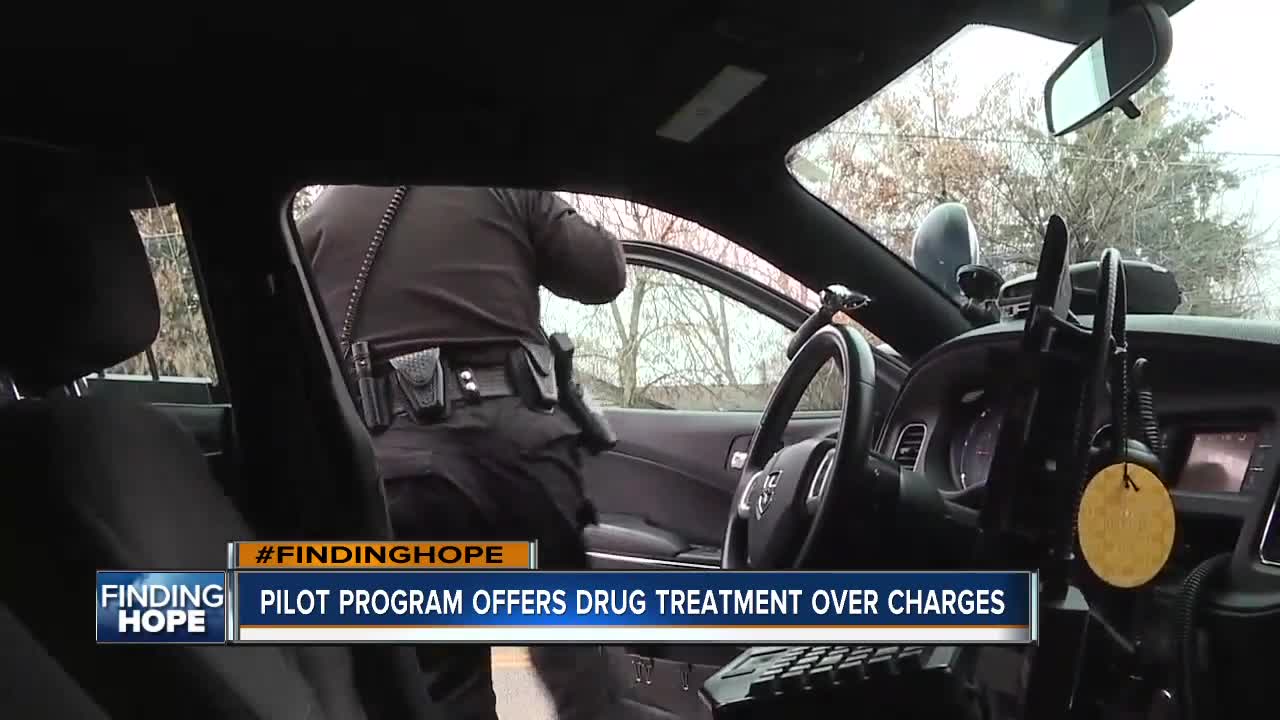 Fourteen months after it first began, Boise Police are starting to see success with their Law Enforcement Assisted Diversion Program. It offers low-level drug offenders a rigorous road to recovery rather than jail time.

BOISE, Idaho — Fourteen months after it first began, Boise Police are starting to see success with their Law Enforcement Assisted Diversion Program. It offers low-level drug offenders a rigorous road to recovery rather than jail time.

Police say it all started with the idea, "you can't arrest your way out of an opioid problem." BPD officers would see the same offenders time and time again, and rather than fixing the underlying issue of addiction, the offenders would return to jail regularly and add charges to their criminal records.

The program isn't easy, and it starts with wanting help and being willing to put in the work.

"We offer them the opportunity to - right then and there - go to Recovery for Life and Raise the Bottom," Officer Cody Evans said. "Then, we take whatever charges we would have on them and hold those."

If they successfully stay clean for a year, regularly participating in group therapy and medicated-assisted treatment, those original charges won't be passed along to the prosecutor's office.

Not everyone qualifies for the program, though. If there's violence involved in the original call or more serious drug crimes like trafficking, the suspect won't be considered.

"It's definitely not a 'get out of jail free' card, just based on the numbers," Officer Evans said. "If you think about it, we only have five in the program right now. Many people are unable to complete the program because it's not an easy program. We require a lot of them."

They've had 13 participants get started in the program, but for the first time, a participant is about to graduate. Leaders say her decision to change her life inspired others in her family to follow in her footsteps.

"We'll have no idea, at least at this point, how many people her decision has affected," Officer Evans said. "So if by getting one person into the program, we can affect 5-10 people, that's 5-10 people that we've helped get over their addiction. That's 5-10 people we're no longer responding to on a law enforcement basis, and we're building a community. The trust between the community and law enforcement increases exponentially."

It is currently just a pilot program, receiving federal funding from a Department of Health and Welfare grant, but the department hopes it will become permanent.