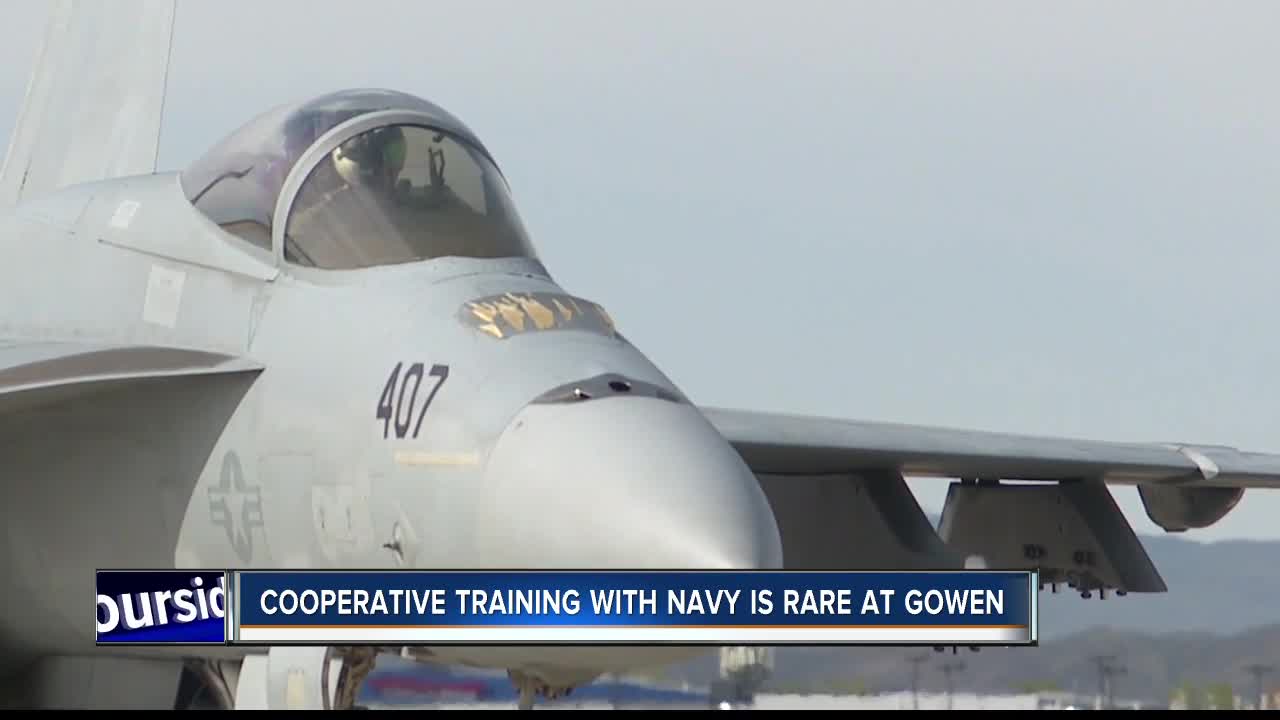 A group of Naval aviators is far from home tonight as they get ready for a rare opportunity to train with the A-10 Warthogs at Boise's Gowen field.
The Navy Carrier Air Wing Three will spend the next week practicing close air support with the A-10s.
It may take a while for the sailors to get used to solid ground. They're used to the pitching deck of an aircraft carrier, and it's been a long time since they've been this far north.
"It's been a long time as far as anyone can remember the last time we trained with the navy." says Lt. Col. Chris Borders with the Idaho National Guard.

Just shy of a dozen, the F-18 hornets will practice close air support over the southern training ranges.
"It's extremely critical to get this opportunity to train before we have to do it in combat." explains Borders.
And as you can hear on the flight line, the F-18 has a bit more roar.

But Borders says there won't be late night runs, "We expect all aircraft back by 10 p.m. Each night."
Noise is always a concern for those near the airport, but Borders says most complaints come from planes not taking part in closely watched training sessions.
"They're not using our ramps or any of our services," says Borders, "they're just passing through and we don't have a lot of control over that."
Either way, the call of the ocean will have these F-18s back on deck long before they lose their sea legs.