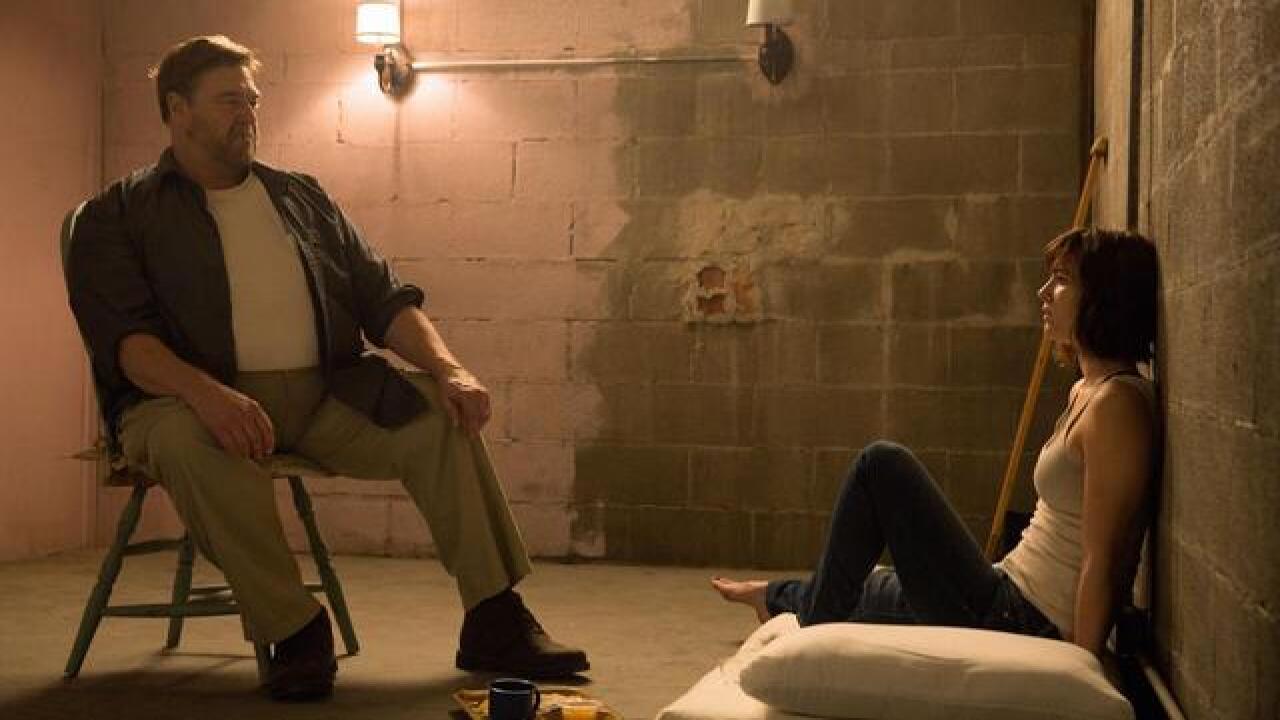 Comedic maestro Sacha Baron Cohen takes the buddy spy movie route by teaming up with tough guy Mark Strong. They play a mismatched estranged brother duo who take on an international espionage conspiracy. While Cohen provides some decent laughs with his dopey shtick, the film doesn't quite coalesce. Check out my full review here. Extras on the Blu-ray/digital copy combo include two making-of featurettes, deleted scenes, a blooper reel and outtakes.

The sequel to "Olympus Has Fallen" brings back Gerard Butler as a one-man army of a Secret Service agent to protect the president (Aaron Eckhart) from a terrorist attack at a state funeral in London while Morgan Freeman plays a man who pulls strings from behind the scenes. Delivering nonstop thrills from beginning to end, this will scratch your action/thriller itch. Featurettes on the stunt work and filmmaking make up a thin set of extras on the Blu-ray/DVD/digital copy combo.

The best film of 2015 for my money stars Matt Damon as an astronaut who is stranded on Mars and has to concoct his own farming system to survive until he can be rescued. Bolstered with authentic and convincing science behind the fiction, the film is as much of a joy to watch as it is educational. The extended cut adds 10 minutes of previously unseen footage and the 4K/Blu-ray/digital copy combo boasts several new extras, including deleted scenes and a commentary track from the filmmakers.

Nia Vardalos, John Corbett and the rest of the gang return to the characters that made them runaway worldwide stars. The returns may be diminishing, but there are enough winning moments to make the sequel well worth a look for hardcore fans of the original. This time around, the wedding involves the Vardalos character's crotchety parents, who learn they were never technically hitched due to a snafu. There's also a less interesting side story involving the constantly eye-rolling teen daughter in the family. The Blu-ray/DVD/digital copy combo boasts a gag reel, a featurette on a meal with the cast and a making-of featurette.

Surprisingly, this Dan Trachtenberg-directed follow-up to "Cloverfield" manages to top the original in every significant way. The distressing tale of mysteries surrounding bunker life stars Mary Elizabeth Winstead as a woman who gets in a car wreck and winds up in a doomsday shelter lorded over by a paranoid and overbearing John Goodman, who swears the world has plunged into apocalypse and the only way to stay safe is to follow his orders. The Trachtenberg character struggles to make sense of the situation and decide whether or not to succumb or escape. The Blu-ray/DVD/digital copy combo includes commentary from Trachtenberg and producer J.J. Abrams and more than 30 minutes of behind-the-scenes footage.

Tom and Jerry: Back to Oz

Continuing a strange but entrancing series of Tom and Jerry movies in which the characters pretty much get along and go off on whimsical adventures, the animated cat and mouse star in a sequel to "The Wizard of Oz," in which they help Dorothy's friends take on the Gnome King and his army. A thoroughly fun romp with a delightful art style and solid writing, the movie makes for solid family viewing. The DVD includes a thin slate of extras.