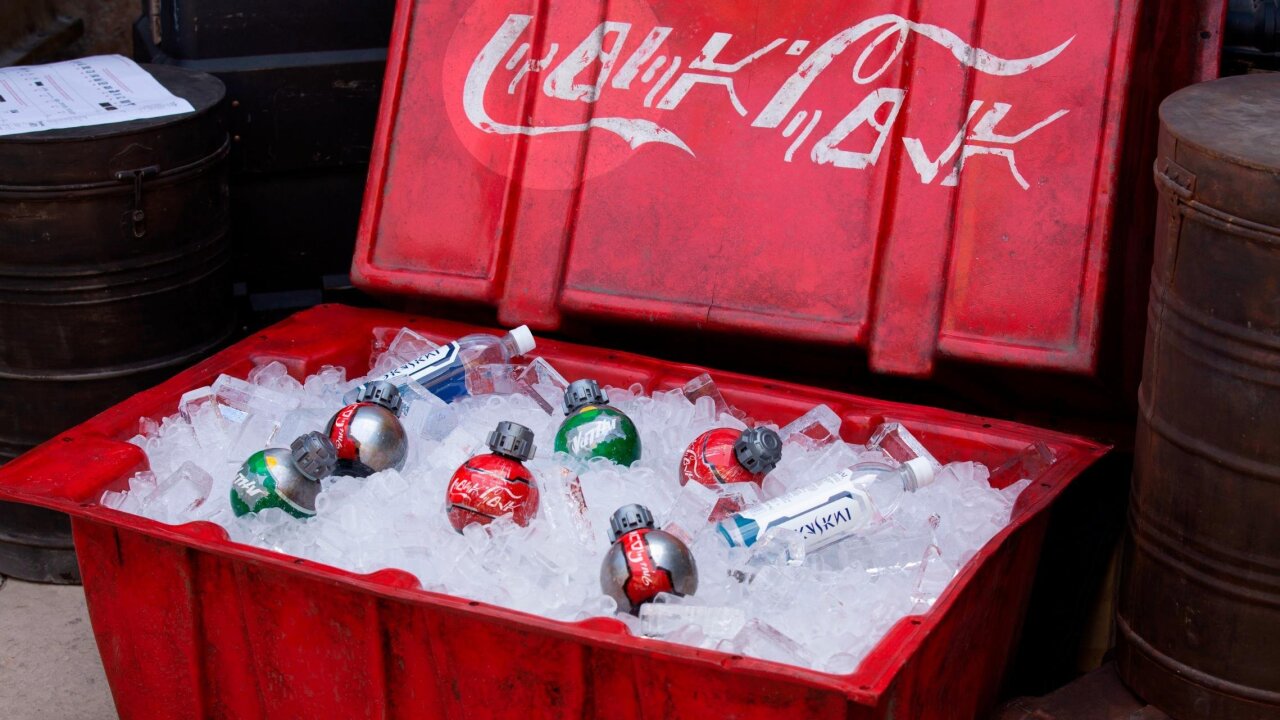 Disney and Coca-Cola, two of the most recognizable brands on earth, are going to be together in a galaxy far, far away.

Coca-Cola is partnering with Disney Parks & Resorts to bring custom bottles of Coca-Cola, Diet Coke, Sprite and Dasani to Disney's highly anticipated "Star Wars" land, Galaxy's Edge. The bottles will forgo the familiar look of Coke products for something that fits right into the storyline of Galaxy's Edge.

The bottles will be fashioned into a spherical droid-like shape. They will also have brand names on them but the labels will appear scuffed up to fit in with the rusty look of the "Star Wars" galaxy. The labels will also be written in Aurebesh — a fictional language used in the film franchise.

"It's unlike any Coke product you've seen before," Scott Trowbridge, creative portfolio executive at Walt Disney Imagineering, told CNN Business. "The graphics, the shape of the bottle itself, the cap, all that stuff is very unique to the world and the design language of 'Star Wars.'"

The lands, which are set to open at Disneyland in California on May 31 and on August 29 at Disney's Hollywood Studios in Florida, will act as a fully immersive experience that feels like being in an actual "Star Wars" film.

The Coke partnership is just another aspect of that. The "Star Wars" packaging of the cola products help to maintain the illusion of the land and its story for guests.

The new lands will include interactive rides like Smuggler's Run, where guests can fly the Millennium Falcon, and feature bars and restaurants like Oga's Cantina.

Susan Propp, Coke's vice president of strategic partnership marketing, told CNN Business that she felt that the partnership was just too much of a "fabulous opportunity" to turn down.

"So many of us at Coca-Cola are just huge 'Star Wars' fans," Propp said. "We were very passionate about partnering with Disney to create and deliver some type of one of a kind experience for 'Star Wars' fans at Galaxy's Edge."

Propp added that the company collaborated with Disney Imagineers on crafting the design of the bottle.

Coca-Cola has been Disney's longest-standing corporate partner, according to the beverage company. The soda was available at the openings of both Disneyland and Disney World.

Propp believes that the Galaxy's Edge Coke bottles, which will only be available for purchase in the land, could even become souvenirs and collector's items for park-goers.

"I think guests will probably drink one to stay hydrated or enjoy it in the land and then probably throw one in their backpack and take it home," she said.