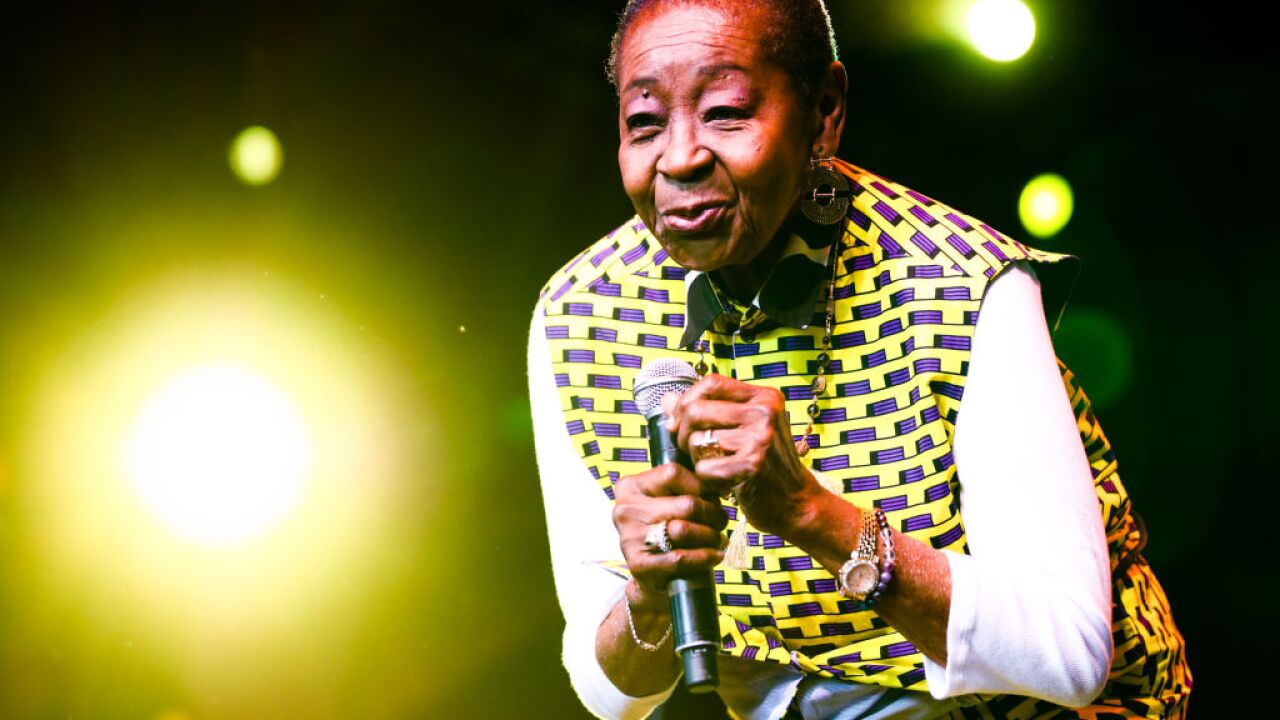 Calypso Rose is living proof that you're never too old to play Coachella.

Rose, 78, made history this year as the music festival's oldest performer in its history as well as its first calypsonian booked for a full set.

Her Tobagonian vibes wowed the young crowd at her 45-minute performance last weekend. Before she takes the stage again this Friday, here's what you should know about the star.

Calypso is a genre of music, not her real name

Calypso Rose was born Linda McCartha Monica Sandy-Lewis in a small village on the Caribbean island of Tobago on April 27, 1940. Calypso, also called Kaiso, is a political song form that originated when Trinidad was colonized. It's now linked to the celebrations around Carnival.

Her pseudonym originally was Crusoe Kid, but she later was dubbed Calypso Rose and has kept the name since.

Seriously, her list of firsts could go on for a while.

Without Rose's contributions, women in calypso would not be able to have some of the musical freedom they have today.

Rose has written more than 800 songs and is known for bucking tradition by infusing her music with messages about domestic violence and equality.

She wrote her first song "Glass Thief" when she was 15 years old after she saw a man steal a pair of glasses from a woman.

"I am happy to know that I have opened the doors for a lot of female Calypso women." she said in an interview with Coachella .

Rose released her new music video "Young Boy" ahead of her Coachella debut.