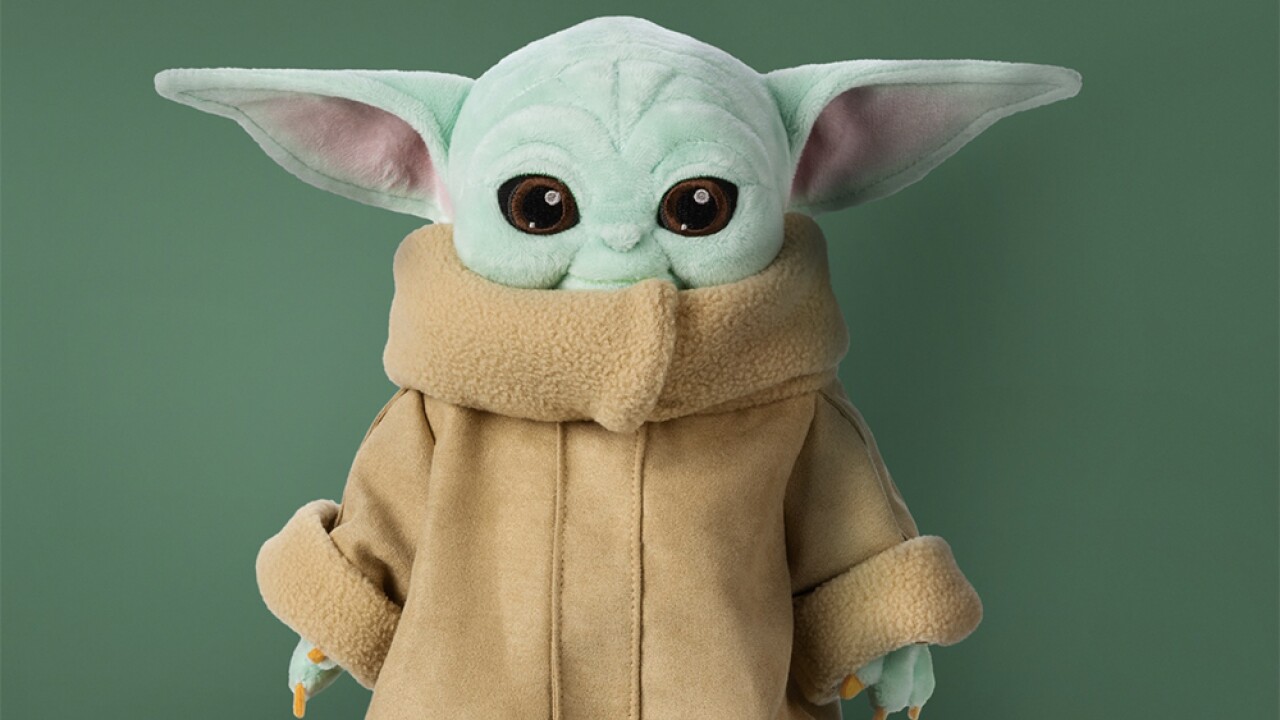 Christmas has come and gone, but Star Wars fans are still waiting on gifts that won't come until March.

On Monday, Shop Dinsey announced that a plush toy of "The Child" — better known as "Baby Yoda" — from the Disney+ series The Mandalorian was available for pre-order.

But it wasn't until Monday — just two days before Christmas — that Disney put its first "Baby Yoda" plush toy up for pre-order.

Just hours after Disney posted about the plush toy on Facebook, the item quickly sold out. However, Disney was ready for the overwhelming demand and brought in a new supply of Baby Yoda plush toys for pre-order.

Disney says the toys will be available beginning March 2, 2020.

The toy, which Disney describes as the "cutest thing in the galaxy," is 11 inches tall, and is made of soft faux suede and fuzzy trim. It costs $24.99, plus tax and shipping.

This story was originally published by WPTV in Palm Beach, Florida.