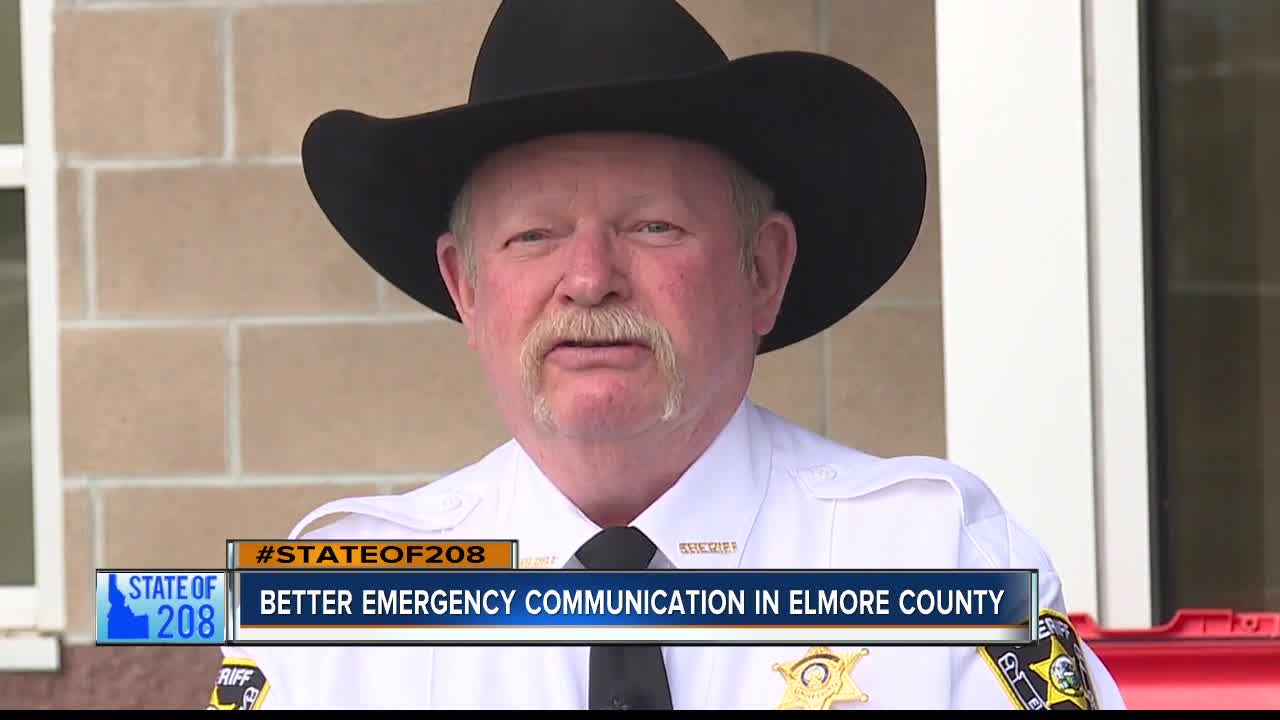 Elmore County used to have a problem during emergencies... They had a failure to communicate.

The county is vast and has difficulty covering all that space with radios. But thanks to something called FirstNet, they can now just use their phones.

And next time there's a big fire they'll have no need for old fashioned radios. They'll have something they say is much better.

"Everyone has one of these devices--we live and breath by them--a regular phone." says Elmore County Sheriff Mike Hillinshead.

Elmore County says it is the first in the state to join up with FirstNet, a national system being rolled out by AT&T.

Sign up for service and AT&T provides the phones with special chips that give them priority during an emergency to communicate with each other. And the sheriff says it's a big savings.

"Currently, if we put towers up for our current radio system, it's out-of-county expense and you're talking hundreds of thousands of dollars."

AT&T didn't say how much the monthy service would add up to for the County, but as anyone who's ever signed a phone contract knows, the phones are virtually free. Also, if regular cell service doesn't cover remote areas, a special truck can be brought in to fill in the gaps and provide satellite internet in an emergency. But if the truck isn't needed, the cost is still built in.

"We look forward to--under leadership of Sheriffs like Elmore County--to see more people across Idaho and the region using the service." says Garett Doyle with AT&T.

AT&T has an exclusive contract with the government to provide this service to communities across the US. The contract is worth $100 billion over 25 years. And with fire season coming up fast, we'll soon see if it's as helpful as AT&T claims.

The FirstNet system was envisioned after 9-11 when communications were so difficult.

AT&T tells us the cost for service to Elmore County is comparable to what any customer would normally pay.