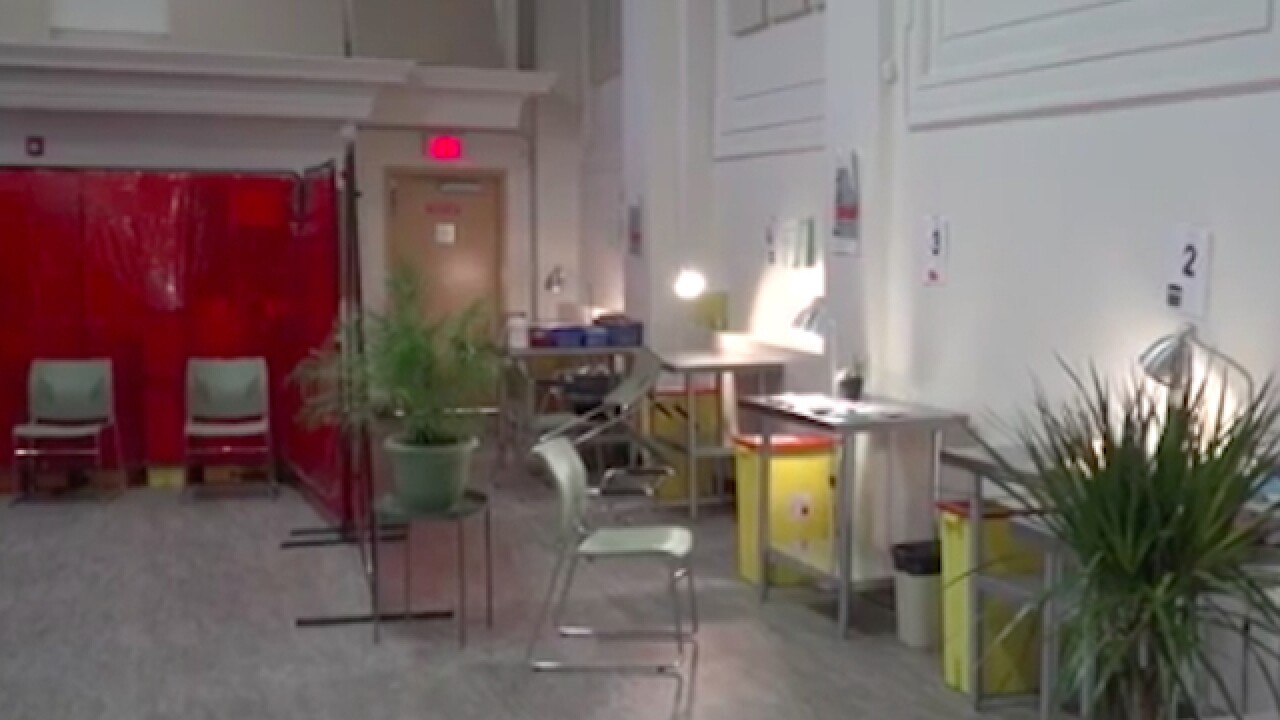 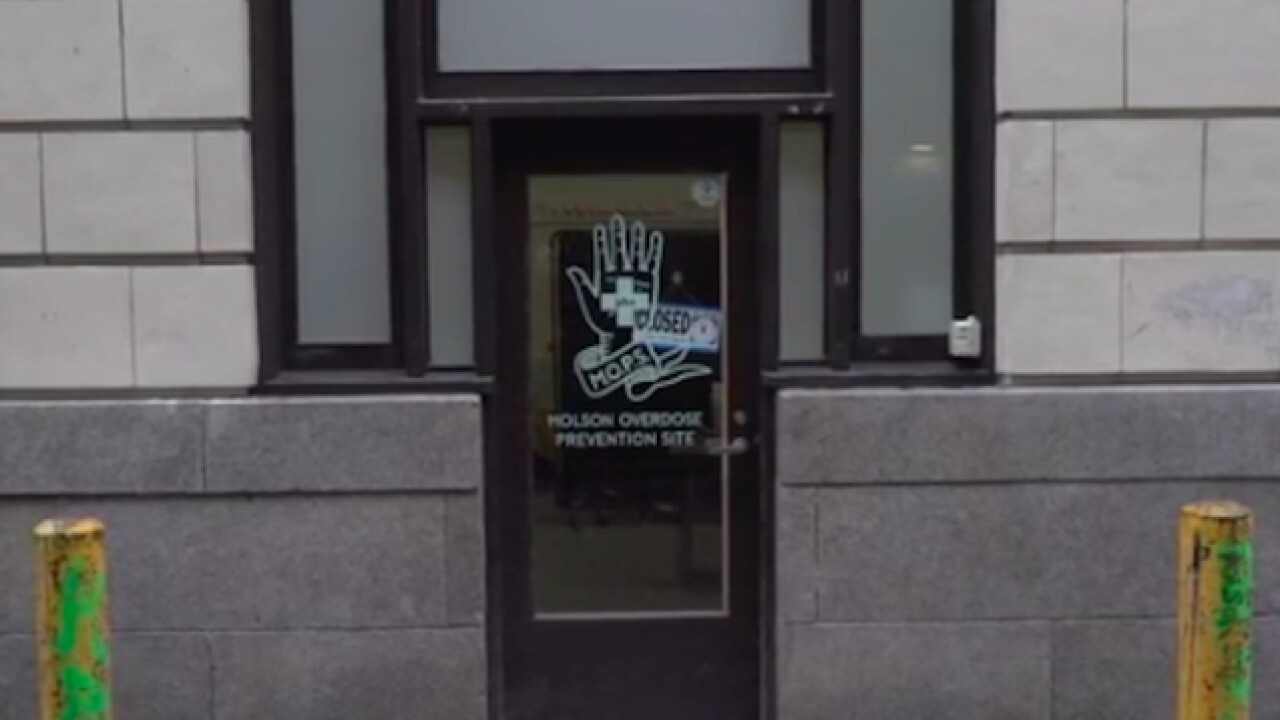 VANCOUVER, British Columbia — Europe and Canada have places where drug users may go to shoot up without fear of arrest or overdose.  Some cities in the U.S. are considering the same thing because of the ongoing, nationwide opioid epidemic.

But does it help with the addiction process, or make things worse?

Journalists with the E.W. Scripps Company went to Canada to see first-hand how the facilities work. We met a man named Hugh outside the Molson Overdose prevention site in Vancouver, British Columbia.

We asked him how long he’s been shooting up.

“Basically, most of my life,” he said.

We asked him the last time he used.

“Last night, yeah, probably early this morning around 4 or 5 in the morning,” Hugh said.

Hugh not only uses the prevention site, he works there as a supervisor, watching others for overdoses.

He’s another user we met at the facility. Beaverstock said he started drugs while he was in prison. Today he's after his next high. It will come from crystal meth he's about to inject into his arm.

"This warm feeling went up my body and everything," Daniel said.

Both Beaverstock and Carissa Sutherland have overdosed repeatedly and say they'd use drugs whether or not this place existed. But Sutherland said, “If it wasn’t for this place, I would be dead.”

“Yeah, me too,” Beaverstock said.

No one has ever died in the city at a supervised injection site, where workers are able to give users who overdose a drug called Narcan within seconds.

It stops the immediate effects of an overdose until more medical help arrives.

"What we're dealing with now, really since 2014, is a massive opioid crisis, and epidemic really," said Coco Culbertson. She helps manages the programs run at these sites.

The concern is how often they have to reverse these overdoses.

"It ranges from 10 to 20 some days. There are 30 overdoses at this site," Culbertson said.

"It's absolutely terrifying," she said.

The sites are funded with taxpayer money that's routed through the city's health department and non-profit groups. Each site can link users to addiction treatment programs when requested.

Supervised injection sites may be controversial in the United States, but in Vancouver, there is overwhelming public support. Before these opened, there were needles all over the streets. People were using in businesses' bathrooms.

According to Culbertson, that has been greatly reduced.

There are critics who believe that these facilities are just making it easier for people to use. Culbertson vehemently denies that.

"Absolutely not. I would argue that there is nothing easy about using illicit substances. No one walks out of their front door one day and decides I'm going to try heroin and buy it illegally," Culbertson said.

The official stance from the health department is: "It did not lead to increased use."  That quote is from Dr. Patricia Daly, who heads up Vancouver’s version of the public health department. She doesn't miss a beat in her support of supervised injection sites.

She links the sites and their clean needles to a drop in HIV rates in the city.

"If you save one HIV infection from occurring because people are using clean materials in these sites, the cost, the lifetime cost, of providing care to someone with HIV is astronomical," Daly said.

There is a differing opinion.

"We believe that when there are laws on the books that you need to obey the law," said Tom Gorman, the director of Rocky Mountain High Intensity Drug Trafficking Area, a regional federal program that monitors drug trends.

For supervised addiction sites to operate in Canada, the government had to suspend laws that made it illegal to use drugs at the sites. This means police don't arrest users inside.

We asked if most law enforcement is against this.

"Absolutely. I understand from an individual standpoint where the treatment people say 'We want this for an individual.' That's their success rate. We look at society in general and say no we want to stigmatize drug use because we don't want more people that you and I have to deal with and a perfect example is tobacco. It used to be cool to smoke tobacco. I mean everybody knows Joe Camel the Marlboro Man.

"It is no longer cool,” Gorman said.

The users we met know it's not cool. They say they're trying to beat the addition but it is a painful road.