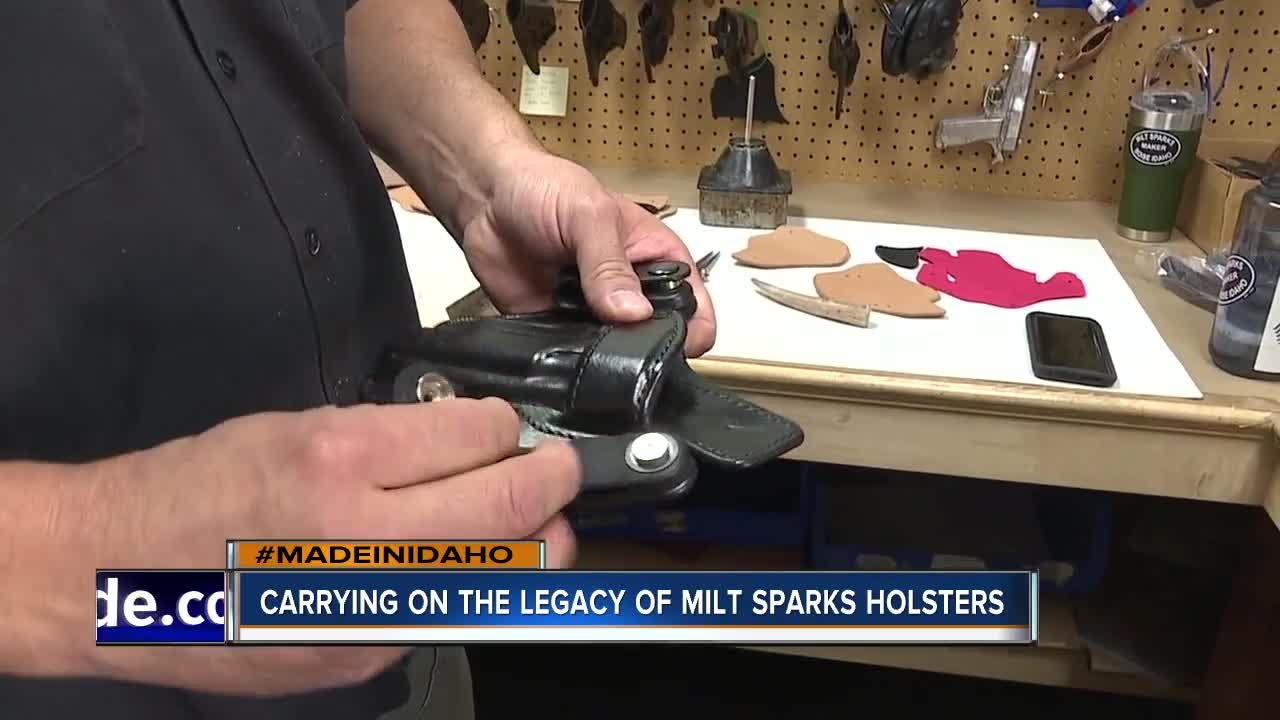 GARDEN CITY, Idaho — A business that started five decades ago is continuing to flourish in the Treasure Valley. Milt Sparks Holsters, Inc. handcrafts custom leather gun holsters, and they say that aspect is what keeps customers coming back.

Milt Sparks first started his business in Idaho City back in the late 1960s. Now, 50 years later, current Milt Sparks Holsters employees believe he'd be happy with how they're carrying on the legacy he began.

“We kind of do things exactly the same way that we did in the beginning, same materials, same tools, and it’s kind of special," said Jim Wall, who has worked with the company for 30 years. "I think Milt would be excited. He fathered this business and to still have those same roots would be kind of neat for him.”

The business has changed over the years, but not in how they make the holsters. Instead, the demand for the kind of products has evolved. Milt Sparks now sees more requests for concealed carry holsters than in previous years. The company was originally known for crafting holsters for competition-style shooting.

As Milt Sparks Holsters takes pride in their handiwork, customers normally have to wait an average of four months to get one of these holsters, and people are more than willing to wait for their custom product.

"It’s the hand crafting, it's the attention to detail, and it’s the level of customer service that we offer," says 20-year Milt Sparks employee Nick Harvey. "It’s all in the creation for me. I try to do it better and better each time.”