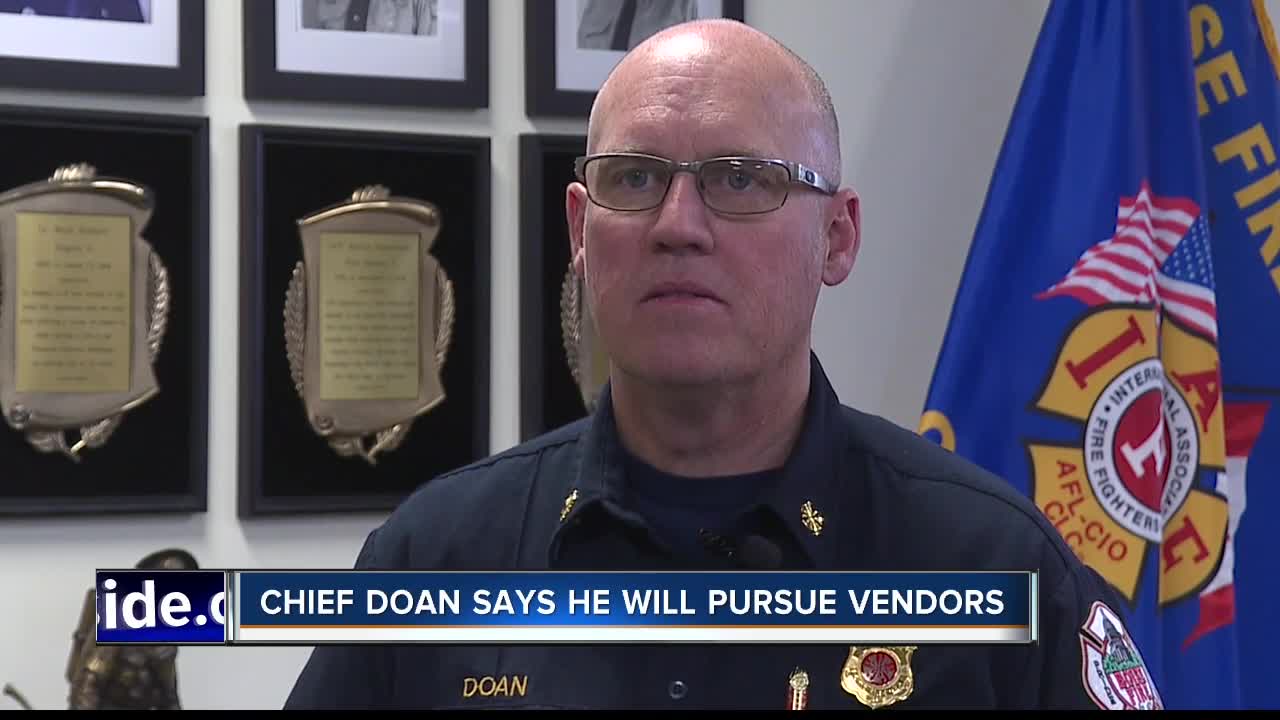 BOISE, Idaho — Every summer we see it in Boise--fireworks get out of control, starting grass fires, burning homes and land.

There are plenty of laws that aim to protect everyone from careless revelers. But who is ultimately to blame when flames damage property?

Boise Fire Chief Dennis Doan wants to hold vendors responsible if their fireworks cause a fire. But is that even possible?

Some say it's like charging someone for legally selling a gun to someone who commits murder with it... How could the seller know? And therefore how could they be liable? But when it comes to fireworks, Paul Panther with the Attorney General's office says it's possible.

And Doan says the AG's office has been clear on the legality of aerial fireworks. "Current law outlaws them and the Attorney General says so."

But the AG's office says it's up to local jurisdictions to determine who to go after.

"We don't have any authority statutorily or constitutionally to direct them in how to do their jobs," says Panther.

So Doan, who's expressed frustration that the legislature won't get rid of the loophole allowing aerial fireworks, is not holding back.

"Illegal fireworks are still illegal and anyone causing a fire in the foothills, or a grass fire or a house fire--we will be prosecuting them. We will go for restitution from them or the person who sold it to them." he says.

You can do your part by reporting dangerous behavior to authorities. Call your local non-emergency dispatch number to have police or the Sheriff's office check things out.

If you are using fireworks to celebrate, be careful and have a fire extinguisher handy and a bucket of water for drowning the burned out fireworks and duds.

Update 4th of July - The Boise National Forest is reminding visitors and campers that fireworks and other pyrotechnic devices are prohibited on National Forests lands regardless of weather conditions or holidays.
View update on campgrounds: https://t.co/EokY9EJWPs pic.twitter.com/zuHfLEP8fJ