You Can Buy Celebrity Fisher-Price Figures Of The Beatles, KISS And More On Amazon 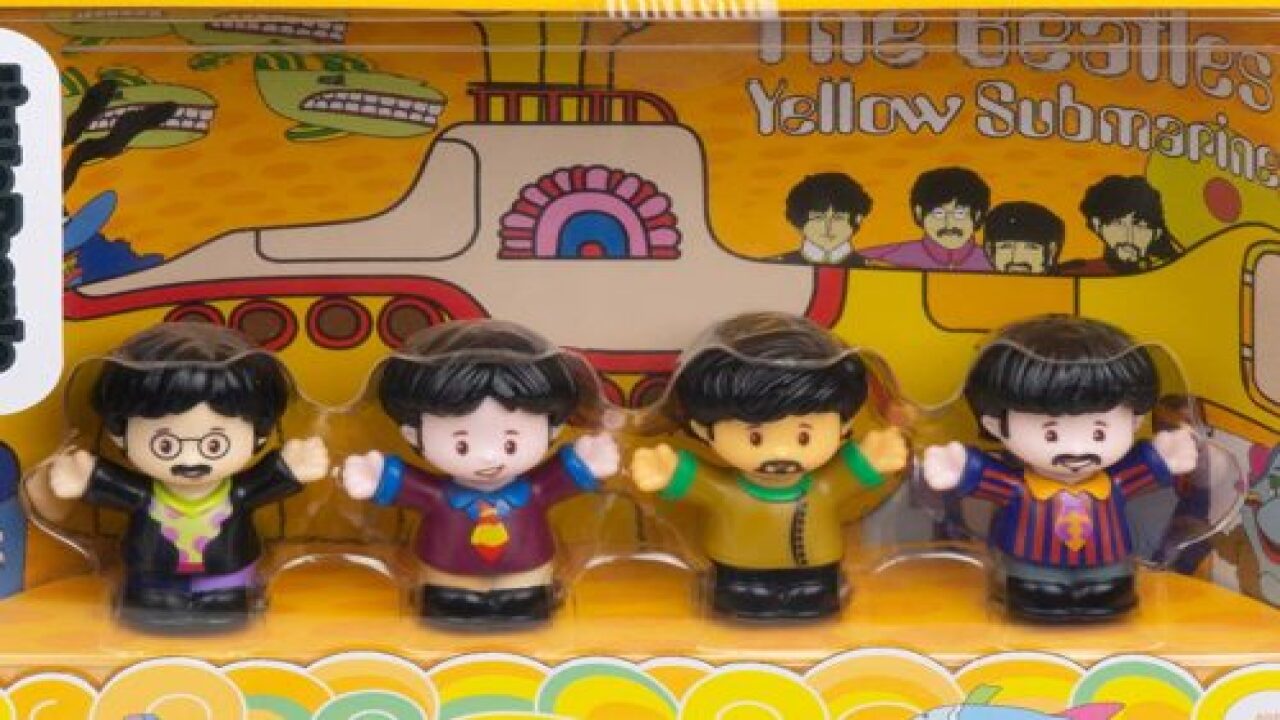 It’s likely been a while since you’ve had the joy of playing with those adorable Fisher-Price Little People. You remember those classic toys from when you were a kid, right? Not only are they still popular, but they’re now available as more than just your average little people. That’s right. Fisher-Price’s Little People now count some of your favorite celebrities among their offerings.

For the kid in all of us, Fisher-Price designed a series of celebrity collector sets that tap into some major nostalgia. And you can pick them up from Amazon for a limited time!

So who do they have?

Beatlemaniacs and even casual Beatles fans will love this Fab Four Little People collection. Miniature versions of John, Paul, George and Ringo are dressed in their groovy garb from the 1968 classic animated film. Who wouldn’t love to live in a Yellow Submarine with these cuties? The figures measure just under 3 inches tall and sell for $19.99.

If the glam rock scene is more your style, you’ll want to pick up this KISS Little People quartet! All four band members, including Paul Stanley and Gene Simmons, are in full makeup and costume and ready to rock and roll all night and party every day. Each band member is just under 3 inches tall and posed like the ultimate rock star. The set is available for $19.99.

Somehow, Fisher-Price managed to capture the larger-than-life personalities of two of WWE’s biggest legends in Little People form. Both the Ultimate Warrior and old-school Macho Man Randy Savage look ready to fly off the ropes and into the ring for a rumble. Their colorful costumes are classic WWE and make them a must-have for any wrestling fan/collector. You can pick up both figures, measuring just under 3 inches, for only $9.99.

What other celebrities will be immortalized in Little People form? We’ll have to wait and see!

We were not paid to write this story. The products and services mentioned below were selected independent of sales and advertising. However, Simplemost may receive a small commission from the purchase of any products or services through an affiliate link to the retailer's website.