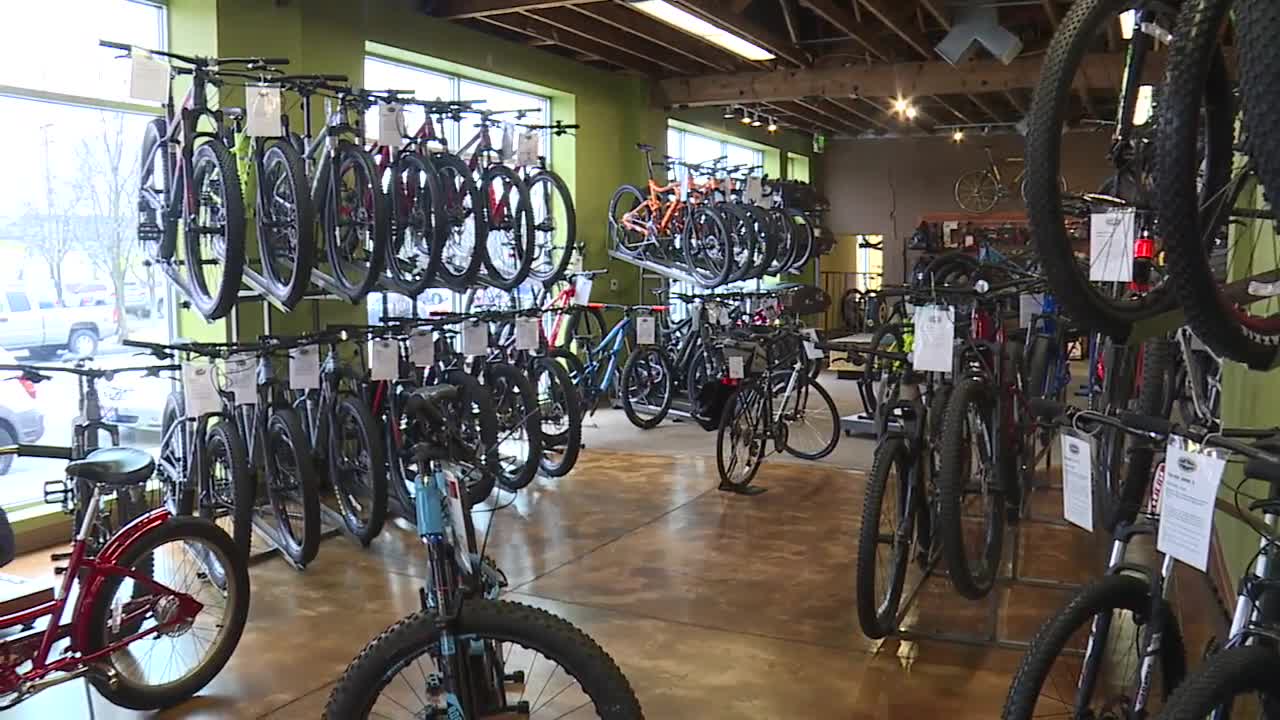 In Idaho, runners and bicyclists are out in rain, sleet, or snow.

BOISE — It doesn't matter what time of year, in Idaho you're going to see those die hard runners and bicyclists. With the cold, snowy, and icy conditions, it can change the way you prepare.

"We have kind of a saying in the industry, there's no such thing as bad weather, just bad gear," said Chris Haunold, Idaho Mountain Touring.

He says making sure you have the right gear will make or break your experience.

"You can ride to really cold temperatures as long as there's not ice on the ground and a lot of people will train down to the twenties or the teens pretty easily with the right gear."

Haunold says wind proof gear is imperative to enjoying your ride and he recommends reflective clothing, gloves, shoe covers, and a skull cap.

Just like cars, bikes have different tires for different seasons.

"They do make studded tires, bike tires and that's an option, but you know you have to be pretty dedicated to go that route and there's some people that do it."

Of course along with bicyclists, Idaho is full of avid winter runners.

Sue Lovelace is been part of a group of about twenty people who run rain, snow, and shine.

"It seems like you're always warm when you're moving running, it's whether you get wet whether you're going to stay comfortable to stay out there," said Lovelace.

Many of them are training for a race so they're out six days a week.

"The kind of iconic race we train for is the Boston marathon."

She says in the cold, you'll want to have some extra tread.

"If it's below 32 degrees people out running have some version of this on. These are little tiny spikes, carbon spikes that are embedded in this rubber that goes over your running show and if you're really on packed snow you might want something a little more aggressive," said Lovelace.

"You're in your house and your warm, drinking a cup of coffee thinking really don't want to go. You make yourself go, you just feel like you've conquered something that most people wouldn't do which is get out in bad weather and you go home and that's going to be the best shower you've taken in your life is the shower you take after a cold run."