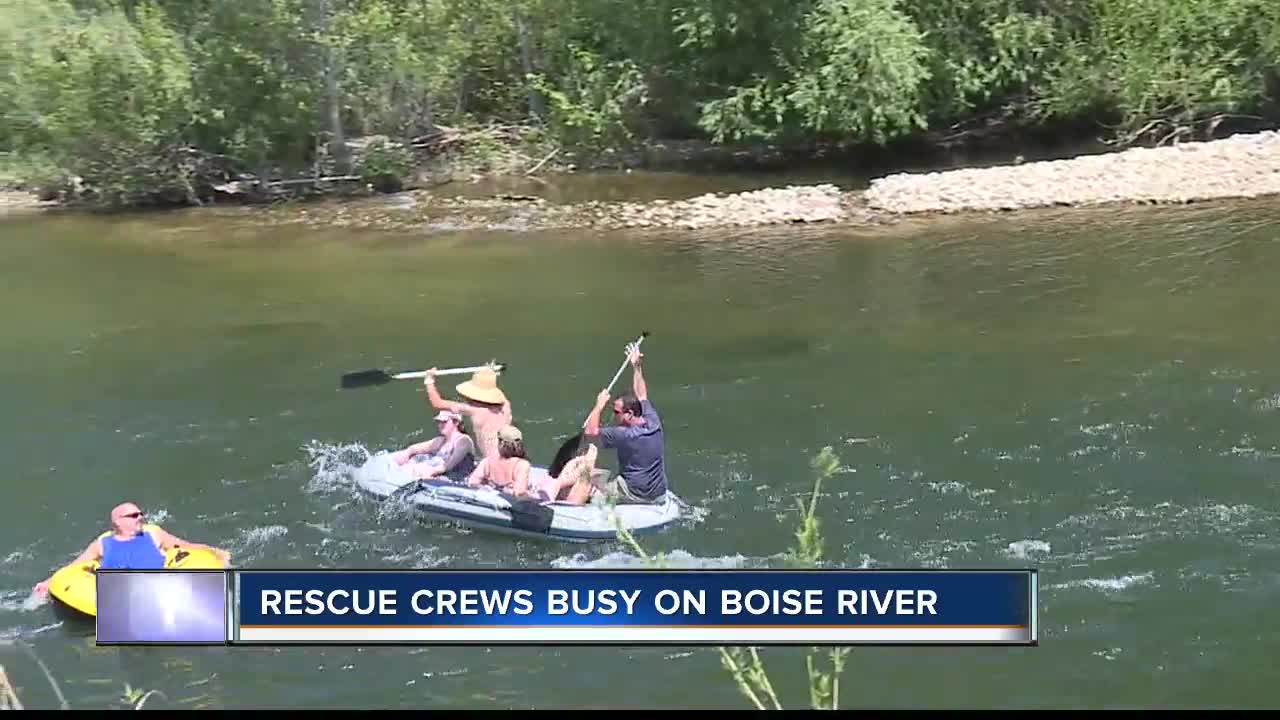 The Boise River is open for floating season, but it is not free of hazards.

BOISE — The Boise river opened for float season and the Boise Fire Department has already responded to multiple calls.

Battalion Chief Steve Rasulo with the Boise Fire Department says on Saturday alone, they had 11 different responses on the Boise River. He says those accounted for about 35 people and two of them were near-drownings.

“Our dive team got on the river about two o’clock on the first rescue and they completed the last rescue almost as late as nine o’clock. During that time, Ada County paramedics even staffed an ambulance,” said Rasulo.

Rasulo says if you float, you do so your own risk because the river is not free of hazards.

“A lot of people that float the river in previous years think they know the river. Every year the river changes as a result of the flooding, the river flows, and the run offs,” said Rasulo.

Rasulo says everyone should be wearing a life jacket-- kids 14 and under are required to wear one by law.

He says on Saturday, about 50 percent of the calls were a result of tying rafts and tubes together. He says it creates a safety hazard and often floaters get trapped on opposite sides of the bridges and can’t get untied.

An important reminder: alcohol is prohibited on the river.

“Footwear that stays on your feet when you go in the water so if you get dumped off your raft and you have to climb on to the bank and walk on the Greenbelt to catch up with your friends, you can do so.”