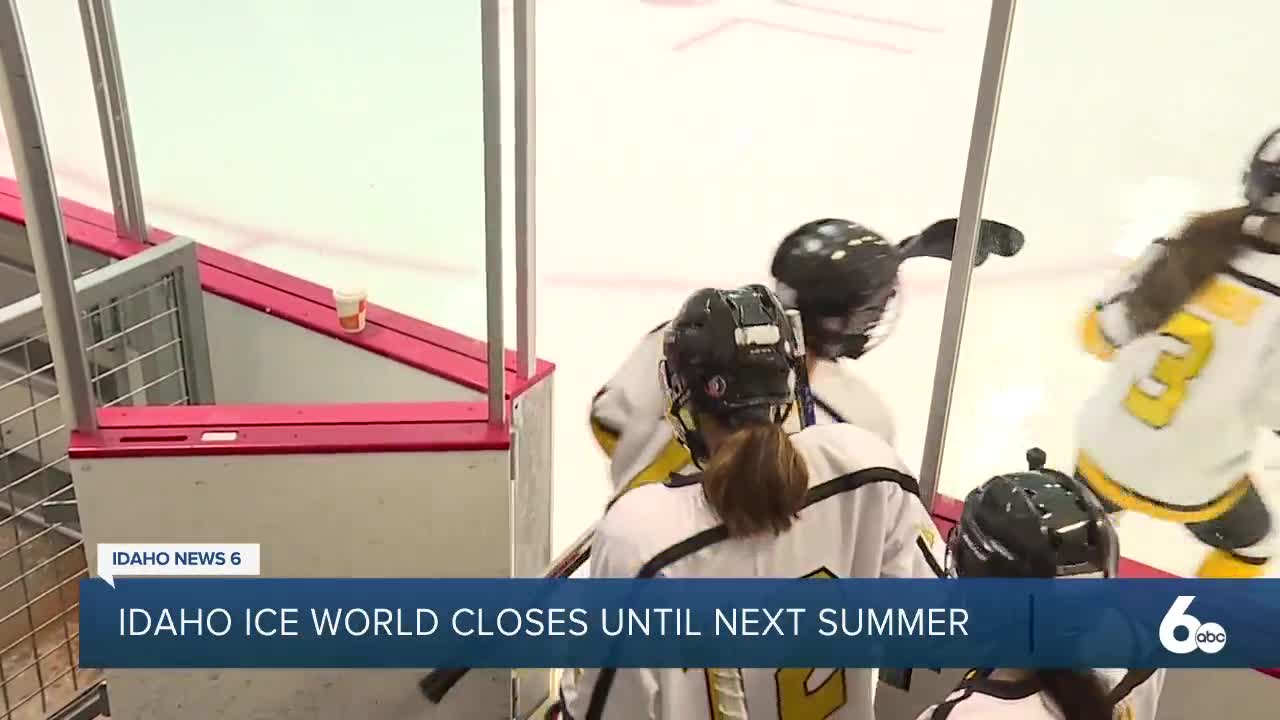 With the recent COVID-19 health order put in place by Boise's mayor, Lauren McLean, Idaho IceWorld will close its doors Nov. 23 thru Sept. 30, 2021.

“I totally get the concerns our customers are having. Taking a facility like that is highly popular, has a lot of folks that utilize the facility during the wintertime we knew it was going to be an inconvenience," said Doug Holloway, City of Boise Superintendent of Recreation Services. "Certainly, that was going to be taking away a very high recreational opportunity for our customers.”

The local hockey and skating community is devastated by the news, but the city said that the decision had to be made based on the current spike of COVID-19 cases.

“We don’t necessarily have to look at a facility and say we have had spread of the virus or have not had spread of the virus. We can look at a facility and see that there is potential and certainly high-risk opportunities," said Holloway. "It shouldn’t be a huge surprised based on what the numbers are looking like and also based upon what our hospital officials are telling us that we are at a position of a healthcare crisis in our hospitals and to combat that there are some really tough decisions that we have to make at the city level in order to try and get on top of that.”

The decision also came down to financial concerns.

“That facility is a winter-based revenue-generating facility. It is a huge fixed cost asset to the city, so it has a fixed cost to operate 12 months a year, but we make our financial viability in that facility between the months of October and March," said Holloway. "Once we get outside the month of March, it bleeds cash severely, but we do well enough in that period of time that it is a financially viable operation to continue to operate in the spring and summer.”

Generating enough revenue has already been a challenge for them this year.

"We have been working hard since August to get the facility open, and to do it safely with appropriate protocols in place. We worked hard with all of our stakeholders and our customers to get that done, but even with all those measures in place, we are still seeing about a 55 to 60 percent reduction in our revenues and even as we are opening the facility and have had it open for a short period of time we were falling behind."

Based on the current trends of COVID-19 cases, at best, he believes that they wouldn't even be able to open until summer at the earlier, which wouldn't allow them to make enough money to operate the facility.

“It really is first and foremost a concern for the safety of our community and the safety of our employees, but it does meet a crossroad of is it financially viable? Are we doing right by our taxpaying citizens to keep something going that is actually going to cost the city money before the end of the fiscal year?”