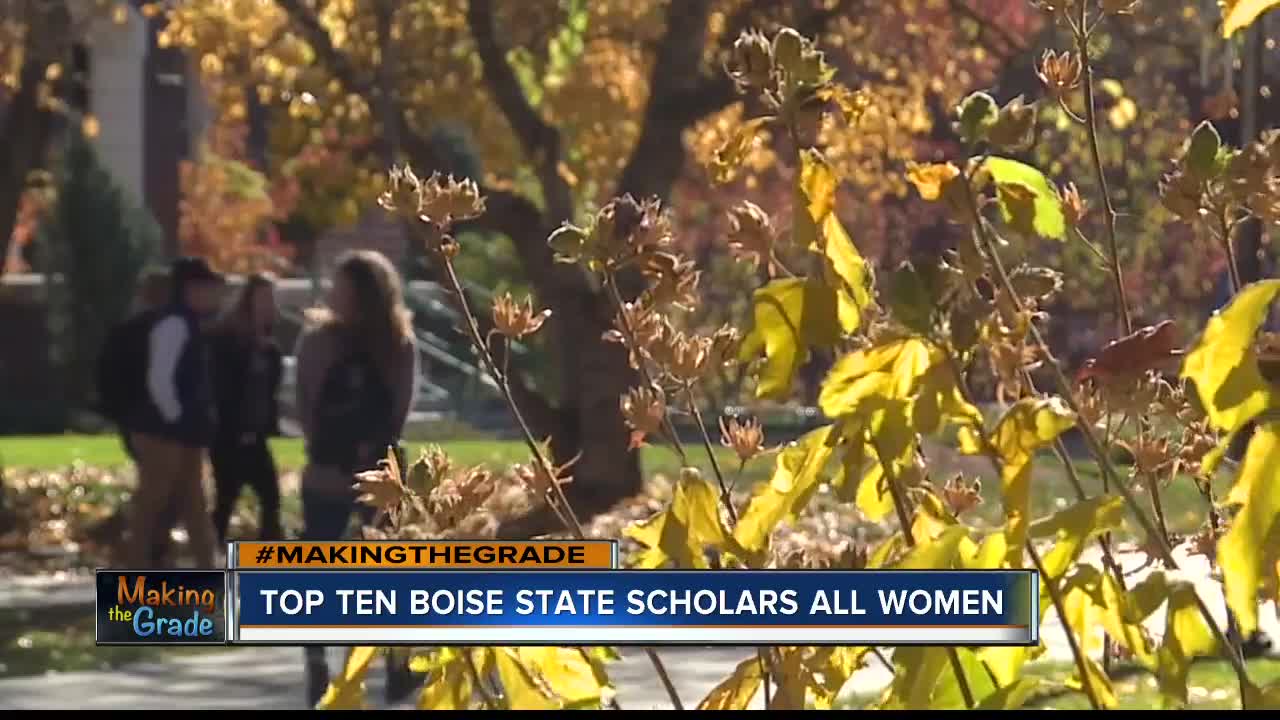 Scholars must have a 3.8 G.P.A or higher and go through a rigorous selection process.

BOISE — As classes wrap up for the Spring semester, seniors at Boise State are getting ready for the big day.

Boise state commencement is Saturday, May 11th and the top ten scholars are being honored for all their hard work on Thursday, May 10th.

All of Boise State's Spring 2019 top ten scholars are women this year and I caught up with two of them to talk about their experience at Boise state and plans for the future.

All of them are women.

“I’m really honored and excited. I know two other people and so it’s really exciting to see you know all these powerful, inspiring women doing great things in the world,” said Cierra Abellera.

“It doesn’t feel real yet. I’m really excited because my family will be here for the first time."

The scholars must have a 3.8 G.P.A or higher to qualify and then nominated based on their research, presentations, publications, creative works, campus service and extracurricular activities.

Abellera says she is going on to pursue a PHD in social psychology and specialize in the psychology of peace and prevention of violence.

“Either do more research by becoming a professor one day or do something like working with the UN.”

She says she works with several organizations to bring awareness about diversity on campus.

“I’m on the MLK living legacy committee where we celebrate Dr. King's legacy and there’s a lot of students on there that are trying to push for a more inclusive campus."

She says she is very grateful for her peers and faculty at BSU.

“I’m very introverted so it was very hard for me to go to people and ask for help, but once I started doing that, I realized there’s just a lot more support than I thought.”

Janice Witherspoon says she was very honored she found out she was a top ten scholar.

“The first person I emailed was our Director of Forensics Amanda Hicks and I think the response back was something to the fact that she’s yelling in the dog park because she’s so happy,” said Janice Witherspoon.

Witherspoon says she’s part of the first generation in her family to go to college.

“Just graduating is something that feels kind of magical and cool so getting to know that you’re part of the top ten in your class, it’s kind of hard to put words to.”

She says she would like to pursue a career in public service.

She says they're achievements she says can not be done alone.

“It is through the effort and the care that other people put into that person as well and I am so thankful to have the support system I do.”

Boise State commencement is this Saturday at Taco Bell Arena. Different colleges will be split into two ceremonies, one at 9:30 a.m. and and one at 3:30 p.m.

Tickets are not required, but seating is at a first come, first serve basis.