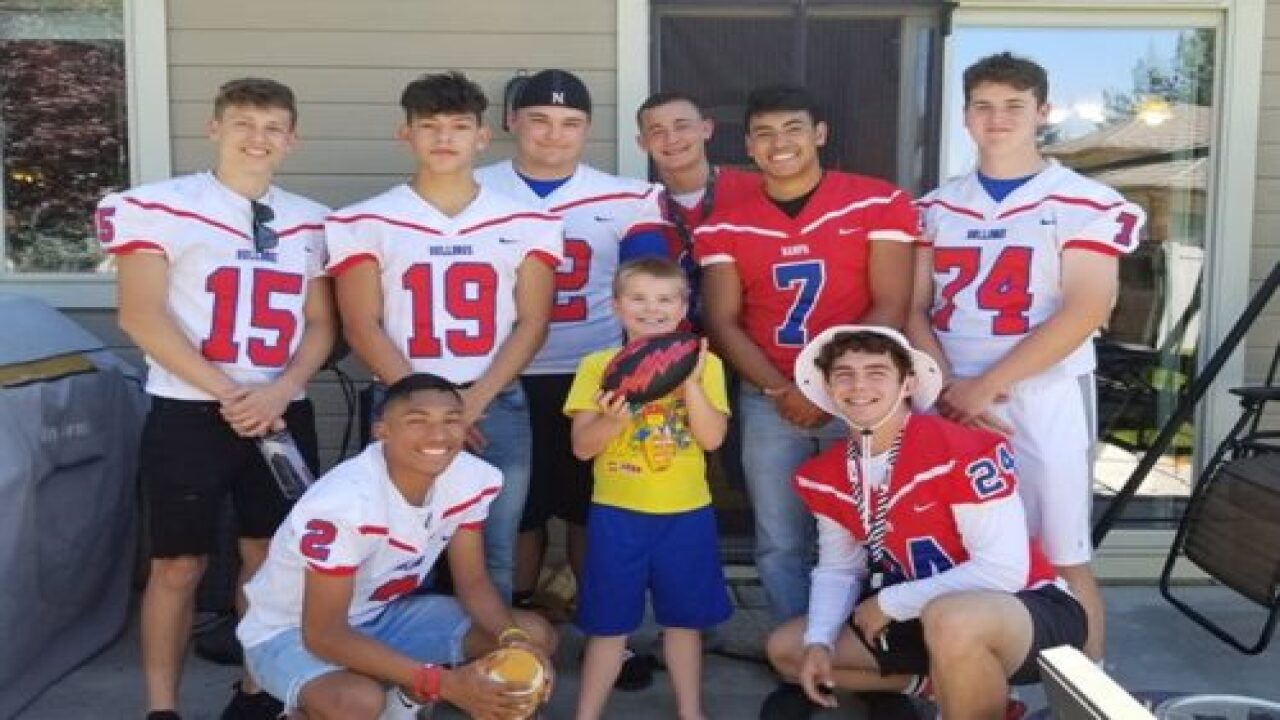 For his ninth birthday, Christian Larsen wanted a birthday party with all of his classmates. Larsen has autism, and according to his mom, Lindsay, has struggled with connecting with his peers socially. She hoped to throw him the birthday party of his dreams and give him the opportunity to celebrate with his classmates. When the big day approached and they had just one RSVP, a local high school football team stepped in as party guests. The story then went viral over social media.

Lindsay had been hopeful that people were just too busy to RSVP but would still attend. But when she watched her son interact with his peers at and end-of-school-year picnic, she realized that they were probably intentionally ignoring the invitation. In an emotional Facebook post, she explained the heartbreaking situation:

Larsen lamented that while she understands that it may be hard for other kids to get to know her son due to his differences, she wished that they would show some more compassion.

Following the post, one of her friends alerted an area high school football coach, Dan Holtry, who in turn reached out to his players at Nampa High School in Nampa, Idaho. The team had a great idea: they decided to show up to Christian’s birthday party and celebrate with him. Larsen could not have been more grateful for their kind gesture toward her son, and when they arrived at the birthday party chanting her son’s name, she was overcome with emotion.

“This is probably the best birthday ever, I have lots of best days in my life, and this might be one of them,” she told KTVB.

A great time was had by all at the party, and the team played football with Christian, ate cake and checked out his presents. Larsen took to Facebook to share some photos from the celebration along with a heartfelt thank you to the high school students who made it so special:

She explained while she was hesitant about Coach Holtry’s offer at first, she was so glad that she ultimately accepted. In the end, a few of Christian’s classmates, some neighbors and some family friends attended the party along with the football players.

“It was truly amazing to watch them,” she wrote. “Those high school seniors stayed until the end of the party. They interacted with all of the kids. They played games and got down on the level of the little kids and got them all involved.”

According to Holtry, the players were more than happy to participate.

“Well, it was just an opportunity to take care of a guy that was going through adversity, and we’re blessed here at Nampa High School,” he told KTVB. “We have a lot of great kids. We know about adversity and we have our fair share, and we know how to fight through it.”

Amazing! Kudos to these students for kindness and compassion!