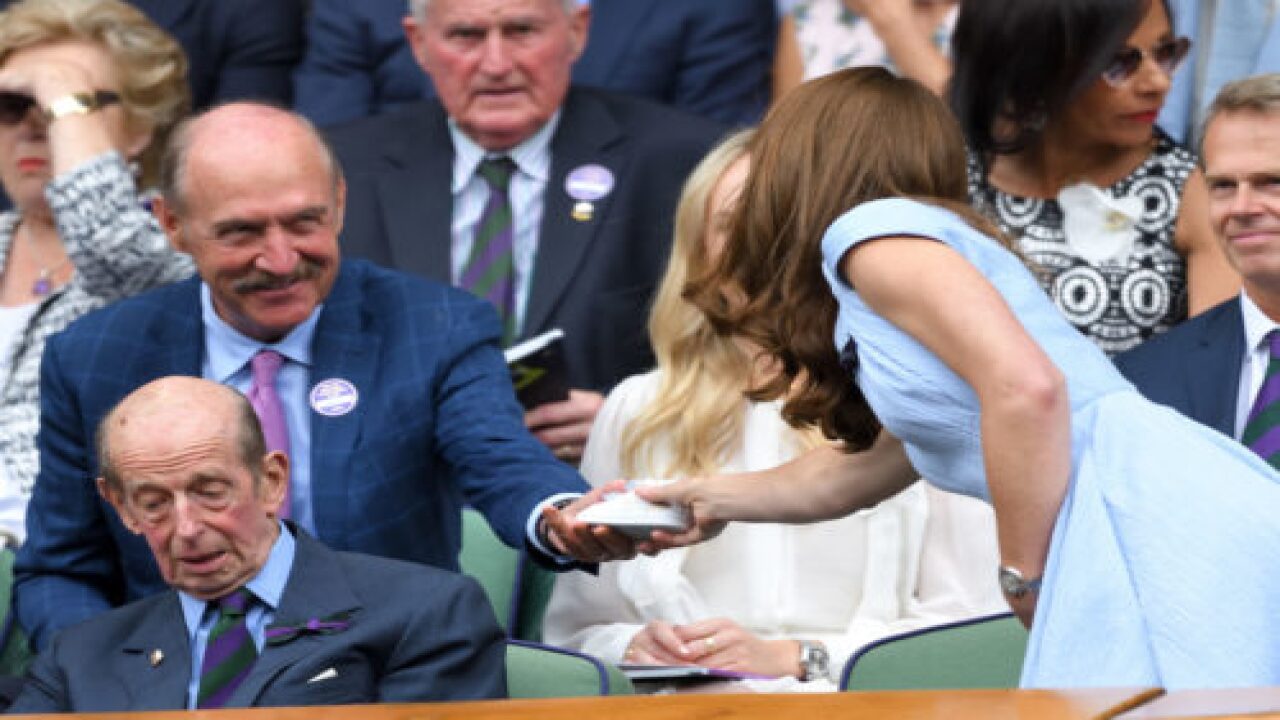 There are many reasons to not ever want to be a member of the British royal family. But even with all the rules and regulations that come with the role, it also has some sweet perks — like sitting front row at Wimbledon.

The Duke and Duchess of Cambridge — that’s Prince William and Kate Middleton, FYI — sat in the royal box at Wimbledon on July 14 to watch the Men’s Singles final between Roger Federer and Novak Djokovic.

Not only did the couple enjoy the best seats in the house, but they received a pretty cool present as well: Tennis legend Stan Smith gifted Middleton a pair of sneakers for her son, Prince Louis.

Prince Louis is the third child for the Duke and Duchess, and was born April 23, 2018. He joined his older brother Prince George, who turns 6 years old in a few days, and his older sister, Princess Charlotte, 4. (The Duke and Duchess left all their kiddos at home for their Wimbledon date.)

The Duke and Duchess of Cambridge are delighted to announce that they have named their son Louis Arthur Charles. The baby will be known as His Royal Highness Prince Louis of Cambridge.

Given that Prince Louis is just 15 months old, perhaps Smith is encouraging these parents to get him started at tennis early?

Smith may not be as familiar a tennis player today as greats like Serena Williams, but he was a No. 1 player back in the day. In fact, he has a storied history at Wimbledon himself, according to the International Tennis Hall of Fame.

The pair of sneakers gifted by Smith were Adidas — Adidas Sam Smith, in fact. Yes, he has a pair of shoes named after him!

According to his bio on the International Tennis Hall of Fame:

“To those who didn’t follow Smith’s tennis career, his name still resonates thanks to the widely popular and all-time best-selling Adidas tennis shoe bearing his name. The shoe, initially launched as the Haillet in the early 1960s, went through several design revisions over seven years and in 1973 was renamed the Adidas Stan Smith. The white leather shoe with green trim around the heel featured Smith’s portrait and autograph on the tongue. Today, more than 50 versions of the shoe are available, but are not recommended for competitive play, their appeal being fashion-based.”

We’re sure Prince Louis enjoyed his new pair of fashionable trainers (as the Brits call them) and Middleton surely enjoyed meeting a tennis great.