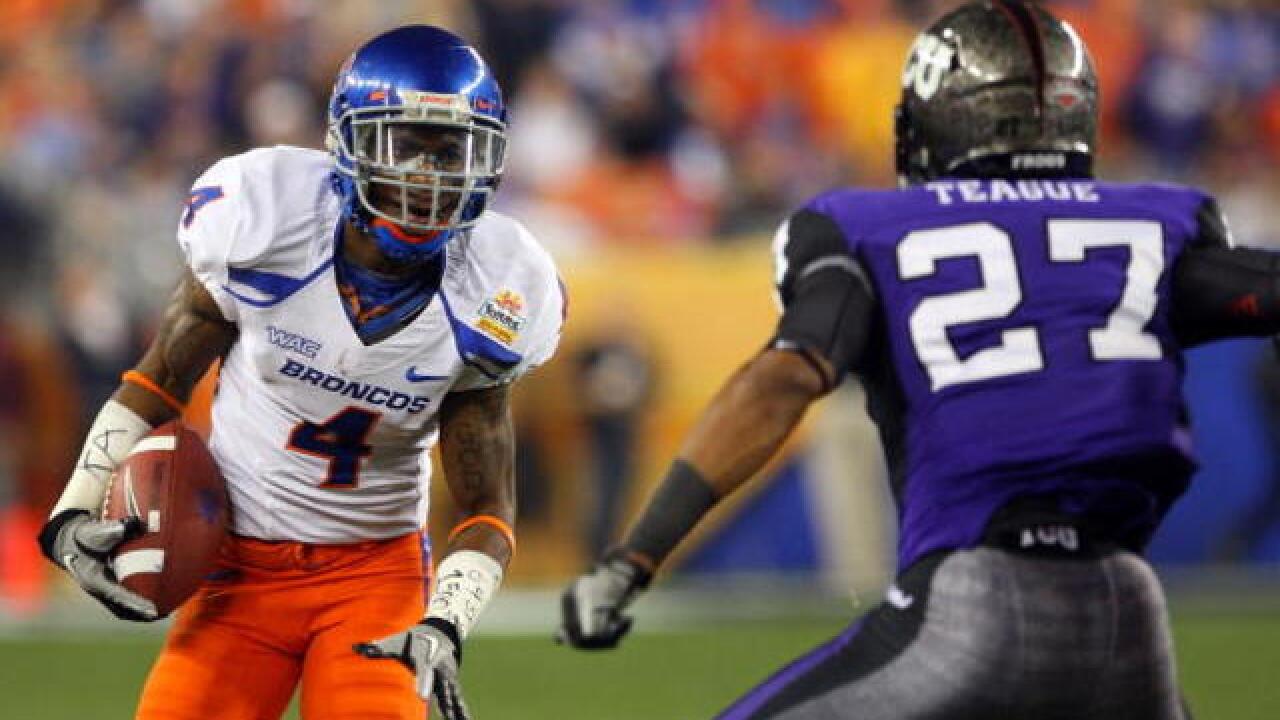 Copyright 2018 Scripps Media, Inc. All rights reserved. This material may not be published, broadcast, rewritten, or redistributed.
Christian Petersen
<p>GLENDALE, AZ - JANUARY 04: Titus Young #4 of the Boise State Broncos runs after a catch against Jason Teague #27 of the TCU Horned Frogs during the Tostitos Fiesta Bowl at the Universtity of Phoenix Stadium on January 4, 2010 in Glendale, Arizona. (Photo by Christian Petersen/Getty Images)</p> 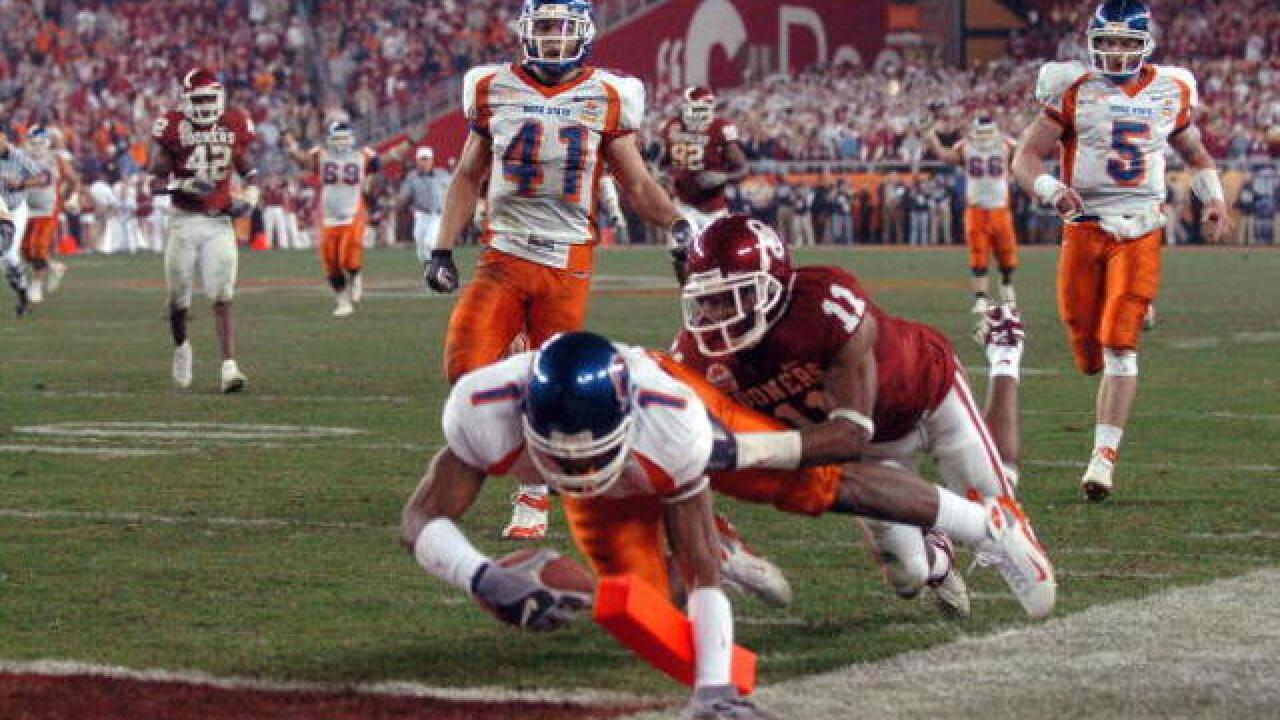 Athlon sports is listing the top 10 non-power five conference college football teams of all time and Boise State made the list at two separate times.

They made it at number 6 for their 2006 team in which Boise State was able to knock off Oklahoma in the Broncos first fiesta bowl.

The second team that made the poll was the 2009 team where the Broncos finished with an undefeated regular season and beat TCU in the fiesta bowl.