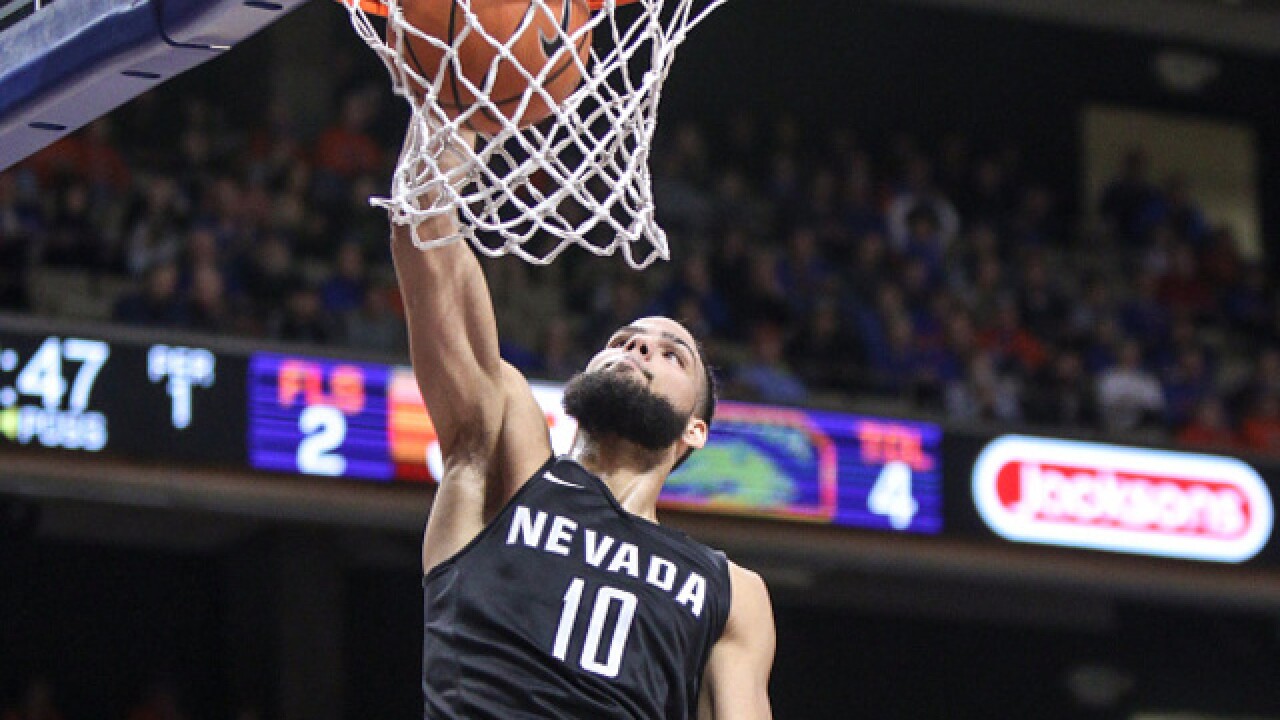 Kendall Stephens tied his career-high with 21 points and Caleb Martin also had 21 to lead No. 24 Nevada past Boise State 77-72 on Wednesday night.

The victory gives Nevada its second Quadrant I victory of the season to go along with a win over Rhode Island. Boise State remains in search of its first and likely won’t have another chance until the conference tournament.

Tied at 72 with 38 seconds remaining, Martin hit a pair of free throws to give Nevada the lead.

Hutchinson had two chances at the other end but missed an 8-foot jumper in the paint and 3-point shot from the corner.

Cody Martin was fouled after grabbing the defensive rebound and sank both free throws with 10 seconds left to secure the win for Nevada.

Nevada weathered Boise State’s initial run to start the game, erasing 20-11 deficit to take a 33-27 lead late in the first half.

Nevada: With the win, the Wolf Pack solidified their position atop the Mountain West. Sweeping the series against Boise State gives Nevada a virtual three-game lead in conference play with five games remaining.

Boise State: Despite an impressive record, the Broncos have yet to secure a marquee win and will need to win their final four regular season games and go deep in the conference tournament to have a shot at getting selected without an automatic berth.