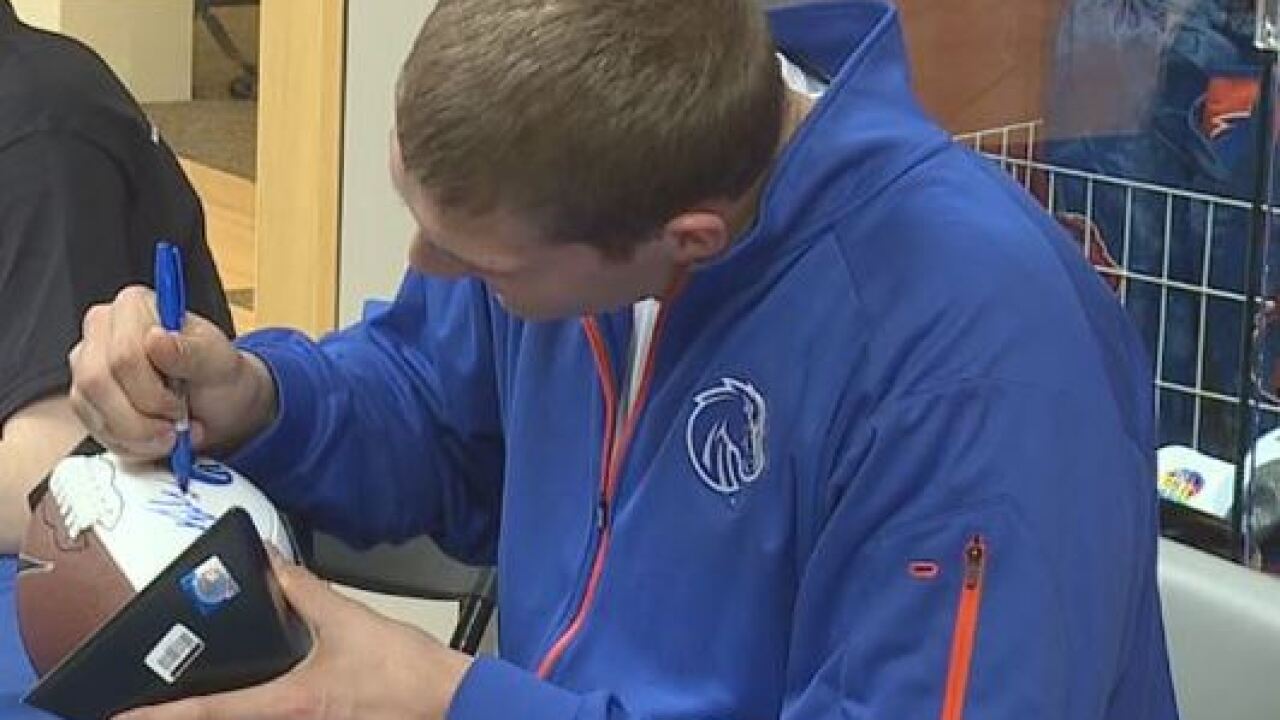 Copyright 2018 Scripps Media, Inc. All rights reserved. This material may not be published, broadcast, rewritten, or redistributed.
Hawk, Daniel

Former Boise State linebacker Leighton Vander signed autographs today for fans at the Blue and Orange Store inside the Boise Towne Square Mall.  Vander Esch is in town for the Boise State pro day which is scheduled for this coming Tuesday.

Vander Esch is fresh off his 2017 Mountain West Defensive Player of the Year honors.  He took pictures and met with fans and signed a handful of autographs. The linebacker is projected to be a first-round pick in this years NFL draft.  He says it's great to see the fans that have supported him while he played for Boise State. He also added that it's crunch time to get set for the NFL draft.

"I'm super thankful and blessed for everybody's support and for them to take the time and come out here and see me and talk to me and get an autograph.  It means a lot and it's very special. I'm busy with visits and stuff like that you gotta work here and the structure is the same."

Boise State will hold its annual Pro Day Tuesday on campus with 9 players going thru workouts, measurements, and testing.

Of the nine two competed in the NFL Combine with Leighton and former wide receiver Cedrick Wilson.