Kentucky's Calipari is a big fan of DK Donuts 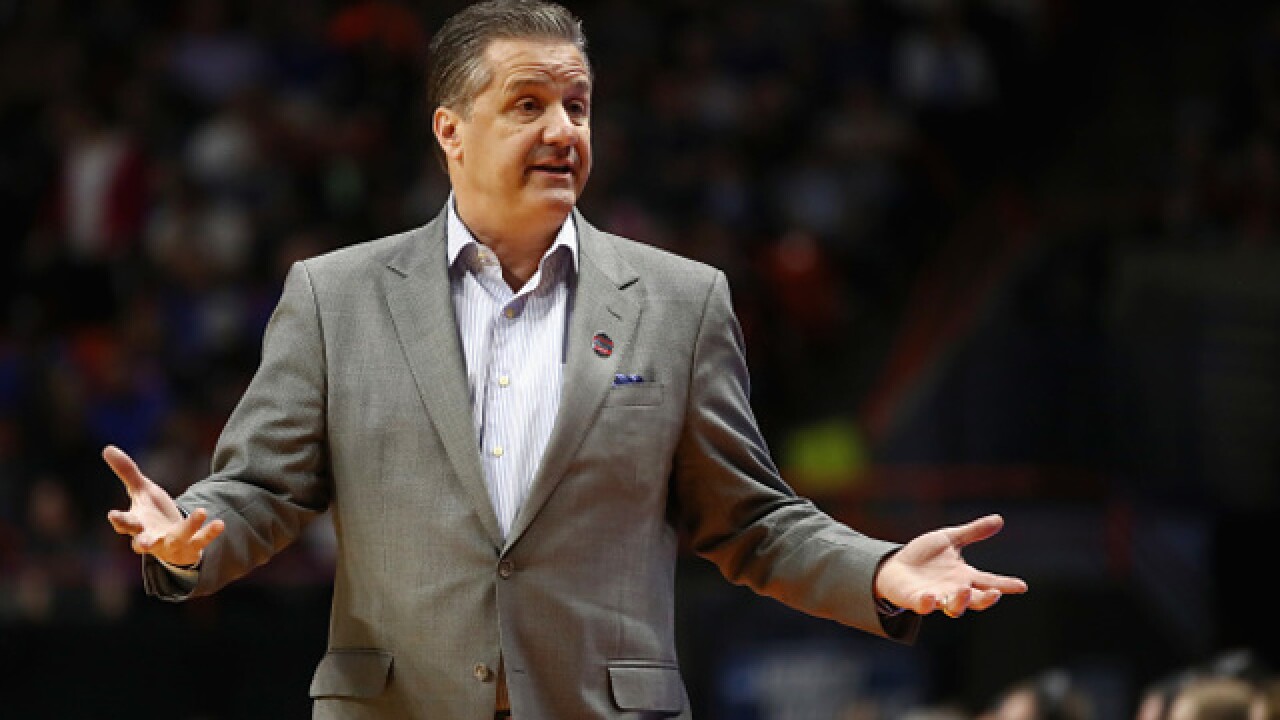 Copyright 2018 Scripps Media, Inc. All rights reserved. This material may not be published, broadcast, rewritten, or redistributed.
Ezra Shaw
<p>BOISE, ID - MARCH 15: Head coach John Calipari of the Kentucky Wildcats reacts in the first half against the Davidson Wildcats during the first round of the 2018 NCAA Men's Basketball Tournament at Taco Bell Arena on March 15, 2018 in Boise, Idaho. (Photo by Ezra Shaw/Getty Images)</p>

The NCAA tournament is underway at Taco Bell Arena as teams look to make some magic happen.

One of those teams is Kentucky and their head coach John Calipari addressed all kinds of questions regarding basketball in his opening press conference.  Calipari said he stopped at Boise own DK donuts. So I had to ask him some hard-hitting questions regarding the donut shop as well as some Idaho trivia.

"Two questions for you since you went to DK donuts did you try the bacon donut?"

"I did. It was unbelievable. Here's what I did, I looked at them and I went, oh, my gosh. So we did the bacon. And I cut it four ways. So I didn't have -- it's this big (indicating). I only had like a little bit. And before I could get another little bit it was gone. We were there with five guys...And then I did the bowtie that had the chocolate and maple together dripping off of it. Is anybody getting hungry right now? There was so much sugar that I won't sleep tonight. And then I did the apple fritter, and we cut that up. But I only had a little bit...Folks, I'm not a donut eater, even though you look at me and say, yes, you are a donut eater. I'm not a donut eater. The coffee wasn't bad, either," said Kentucky Head Coach John Calipari.

"My second question is a potato a fruit or vegetable or a fungus?"

"You can't ask me that kind of questions. People get mad. Vice presidents get killed. They spell the thing wrong. Don't ask me; I'm here to play basketball," said, Calipari.

To make that donut even sweater according to Apex MG Analytics the mention by Coach Cal was worth 48,000 dollars in ad value to DK donuts.