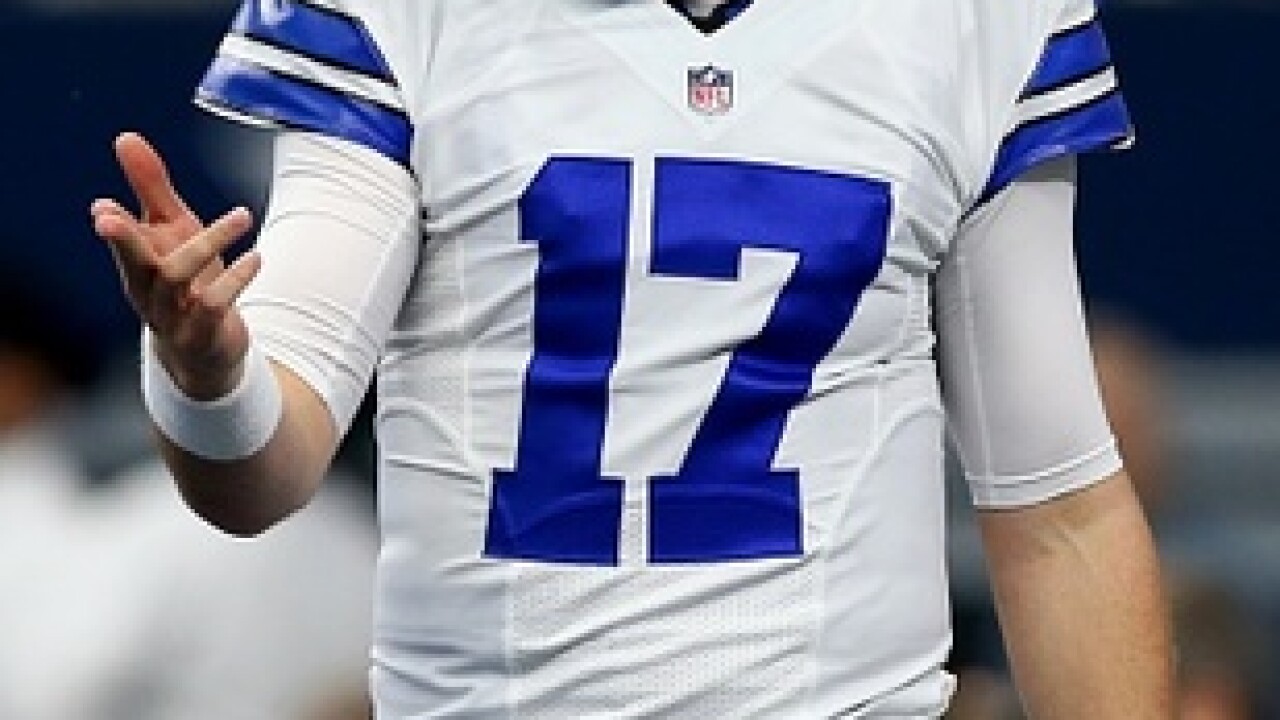 Copyright 2018 Scripps Media, Inc. All rights reserved. This material may not be published, broadcast, rewritten, or redistributed.
Tom Pennington
<p>ARLINGTON, TX - JANUARY 03: Kellen Moore #17 of the Dallas Cowboys reacts against the Washington Redskins during the first half at AT&amp;T Stadium on January 3, 2016 in Arlington, Texas. (Photo by Tom Pennington/Getty Images)</p>

Former Boise State quarterback Kellen Moore appears to have made to an official in regards to joining the Dallas Cowboys coaching staff.

According to Brandon George of the Dallas Morning News Jerry Jones has finalized an agreement for Kellen Moore to join Dallas' coaching staff.

Moore will become the new quarterbacks coach.  His only regular season playing time came in 2015 when he passed for nearly 800 yards and four touchdowns.

Moore played in the league for six seasons, three in Detroit and three in Dallas.