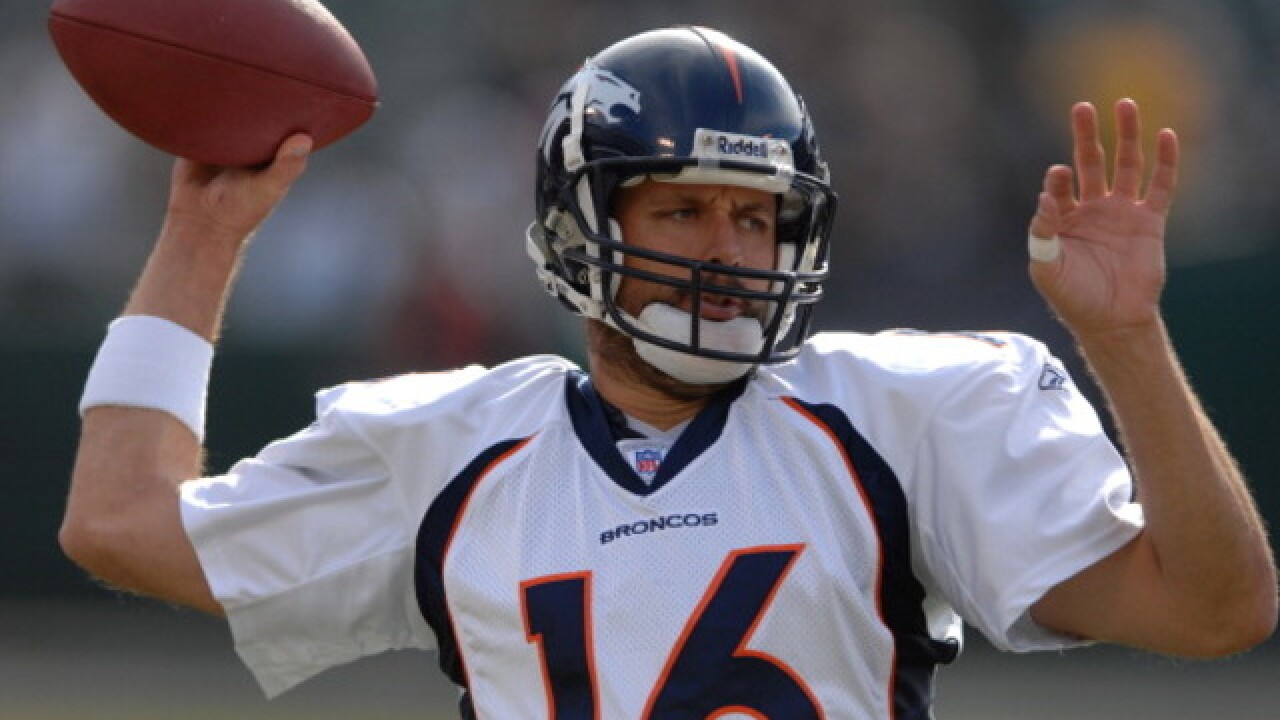 Copyright 2018 Scripps Media, Inc. All rights reserved. This material may not be published, broadcast, rewritten, or redistributed.
Kirby Lee
<p>Denver Broncos quarterback Jake Plummer during warmups before game against the Oakland Raiders at McAfee Coliseum in Oakland, Calif. on Sunday, November 12, 2006. (Photo by Kirby Lee/NFLPhotoLibrary)</p>

Much has been debated regarding NFL players taking a knee prior to NFL games.  I recently had the chance to catch up with former NFL quarterback and Boise native Jake Plummer.  Plummer played with Pat Tillman at Arizona State and then in the NFL with the Arizona Cardinals and he shared his thoughts regarding taking knee protest.

The debate over the National Anthem protests has sparked heated responses on both sides from everyday fans all the way up to the president. When we talk about patriotism and the NFL one name that often comes up is Pat Tillman.

Tillman enlisted in the Army shortly after the September 11 terrorist attack. He was killed by friendly fire near the Afghanistan-Pakistan border.  According to Plummer Tillman didn't feel that way and would have actually supported Colin Kaepernick's decision to take a knee.

"Pat would have loved of what Kaepernick was doing.  I don't think Pat would have been against it cause he is knowledgeable enough about why Kaepernick took a knee.  It wasn't to be against the military no one is against our military. He was against the social injustice of seeing people of his color or other colors being treated unfairly for no reason and that should make any American kind of sick to their stomach.  What he did takes a lot of courage and takes a lot of grit," said Former NFL Quarterback Jake Plummer.

In May NFL owners unanimously approved a policy that requires players to stand during the National Anthem or their team will be fined. They can also stay in the locker room. Plummer says he expects the league will see backlash over the decision.

"What the NFL just did they are going to get burned by that I think.  Cause there fans out there that like to have players remain to have their rights and not take their rights away," said Plummer.

Plummer says the National Anthem protest debate is emblematic of the increasingly divisive state of affairs in our country a tone he says starts at the top.

"From the top down in our country, there is no compromise.  I think when we realize who our leaders are and are leaders that can work together and come to an agreement then things will really happen for a lot of people in a lot of good ways," said Plummer.