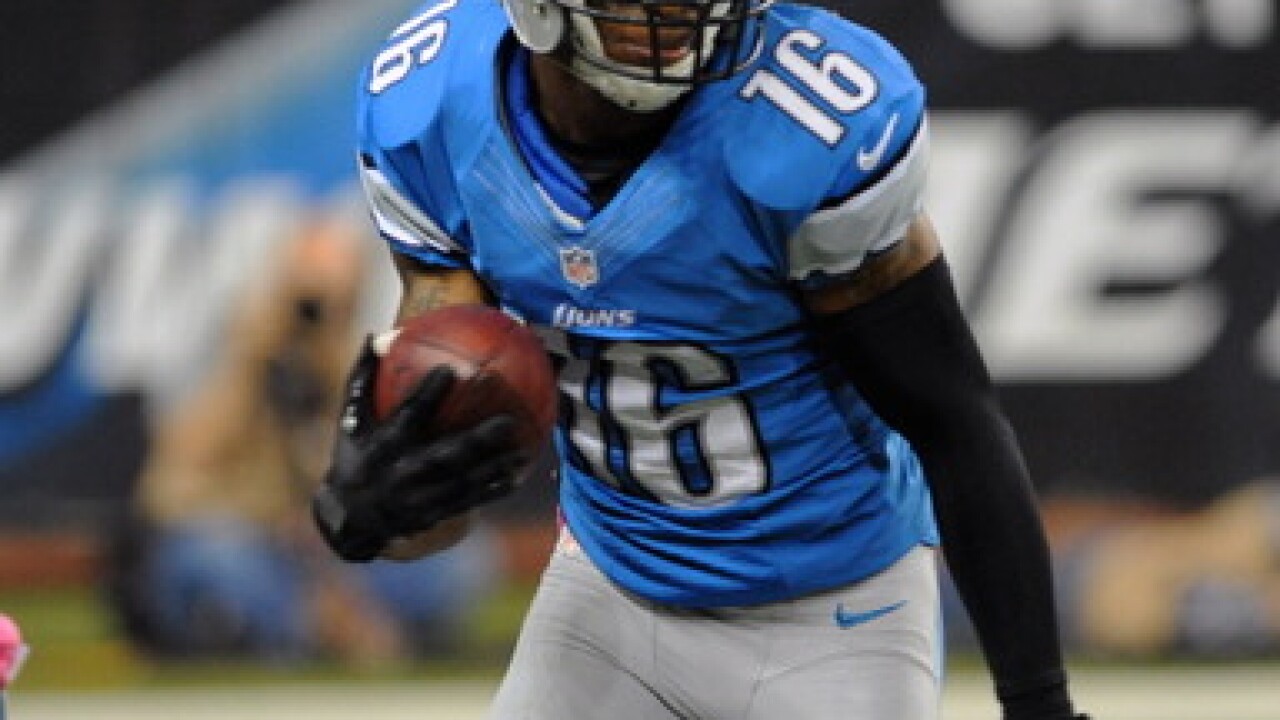 Copyright 2018 Scripps Media, Inc. All rights reserved. This material may not be published, broadcast, rewritten, or redistributed.
Al Messerschmidt
<p>DETROIT, MI - OCTOBER 28: Wide receiver Titus Young #16 of the Detroit Lions returns a kick in the second quarter against the Seattle Seahawks October 28, 2012 at Ford Field in Detroit, Michigan. (Photo by Al Messerschmidt/Getty Images)</p>

According to the Los Angeles Times, California's board of parole hearings has declined to release former Boise state bronco star wide receiver Titus young because of his "History of violent criminality."

Young spent two seasons with the Lions and has a long history of legal issues.  When his career wrapped up for the Broncos in 2010 he was the all-time leader in receiving yards.

Young is serving a four-year sentence after pleading guilty last year to assaulting a neighbor.  He was drafted by the Detroit Lions in 2011.