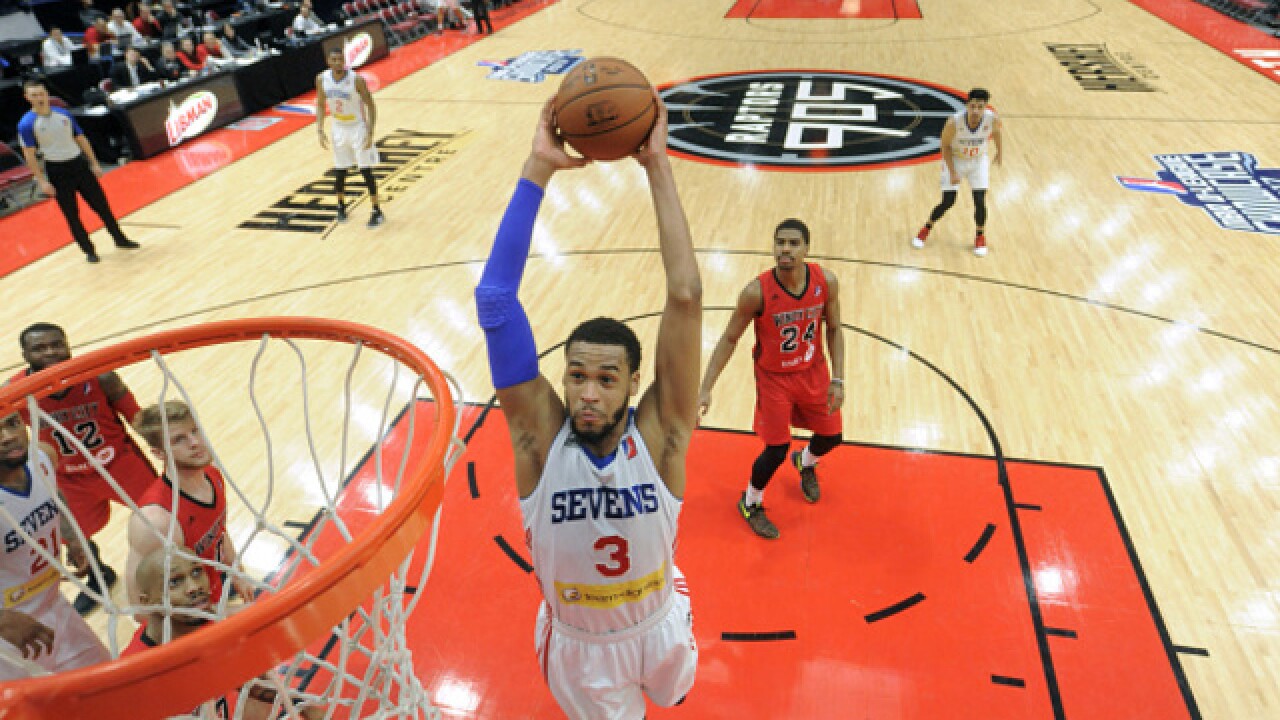 Copyright 2018 Scripps Media, Inc. All rights reserved. This material may not be published, broadcast, rewritten, or redistributed.
Randy Belice
<p>MISSISSAUGA, CANADA - JANUARY 18: James Webb III #3 of the Delaware 87ers drives to the basket against the Windy City Bulls as part of 2017 NBA D-League Showcase at the Hershey Centre on January 18, 2017 in Mississauga, Ontario. NOTE TO USER: User expressly acknowledges and agrees that, by downloading and/or using this Photograph, user is consenting to the terms and conditions of the Getty Images License Agreement. Mandatory Copyright Notice: Copyright 2017 NBAE (Photo by Randy Belice/NBAE via Getty Images)</p>

Webb had been playing for the Philadelphia 76ers g-league team the Delaware 87ers.  This season in 21 games he is averaging 12 points, 7 rebounds a game.

Webb was connecting on 37 percent of his shots behind the arc.  The Georgia native went undrafted in 2016.