Dallas Stars Training Camp to be held in Boise 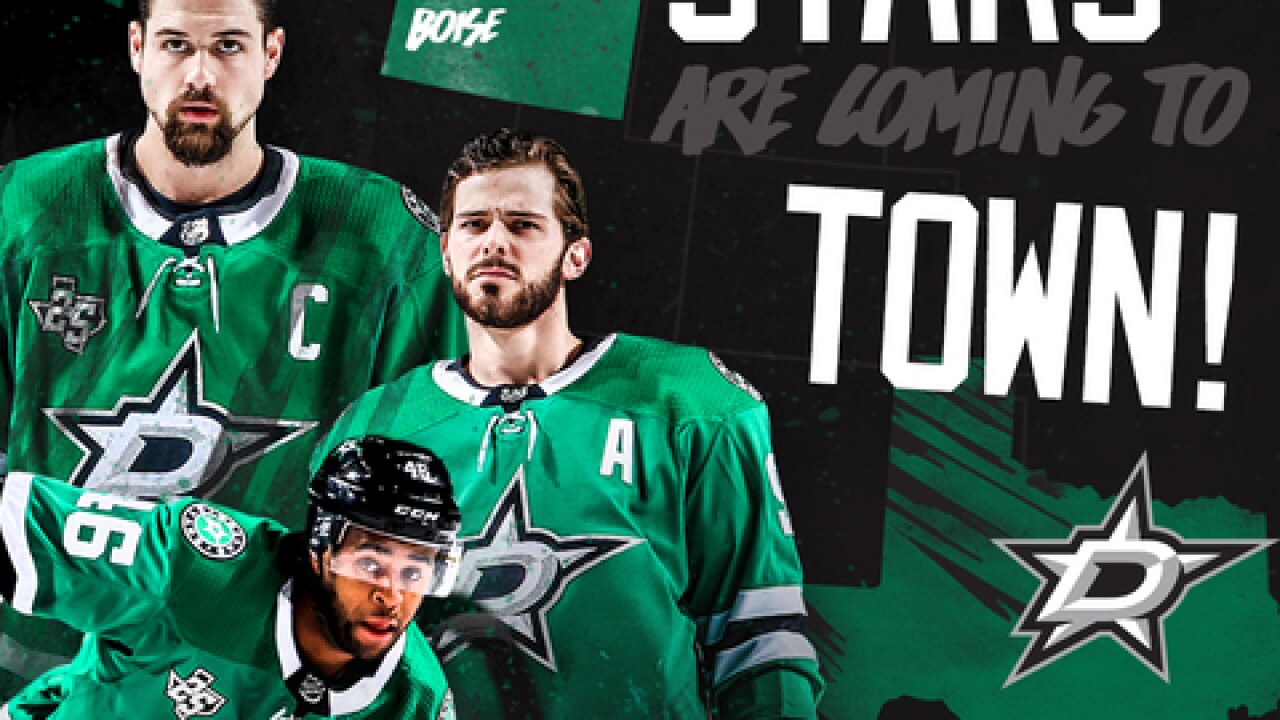 The Dallas Stars will visit CenturyLink Arena. The Stars, the National Hockey League affiliate of the Idaho Steelheads, announced on Wednesday that they will host their 2018 Training Camp in downtown Boise, the first time the team has ever held its camp in Idaho.

Stars coaches, players, and prospects will gather at CenturyLink Arena from September 14th to September 16th as they prepare for the 26th season of Dallas Stars hockey.

“We couldn’t be more excited to welcome the Dallas Stars for training camp and to give our fans an opportunity to see the best of the best on the ice here in Idaho,” said Steelheads President Eric Trapp. “We have been trying to bring an NHL event to CenturyLink Arena for years and we are thrilled that everything has come together for this summer.”

The Steelheads have been the ECHL affiliate of the Stars since 2005, as well as during the 2003-04 season. Ten Steelheads have gone on to play in the NHL with Dallas.  This will be the first NHL event held at CenturyLink Arena since 1997.