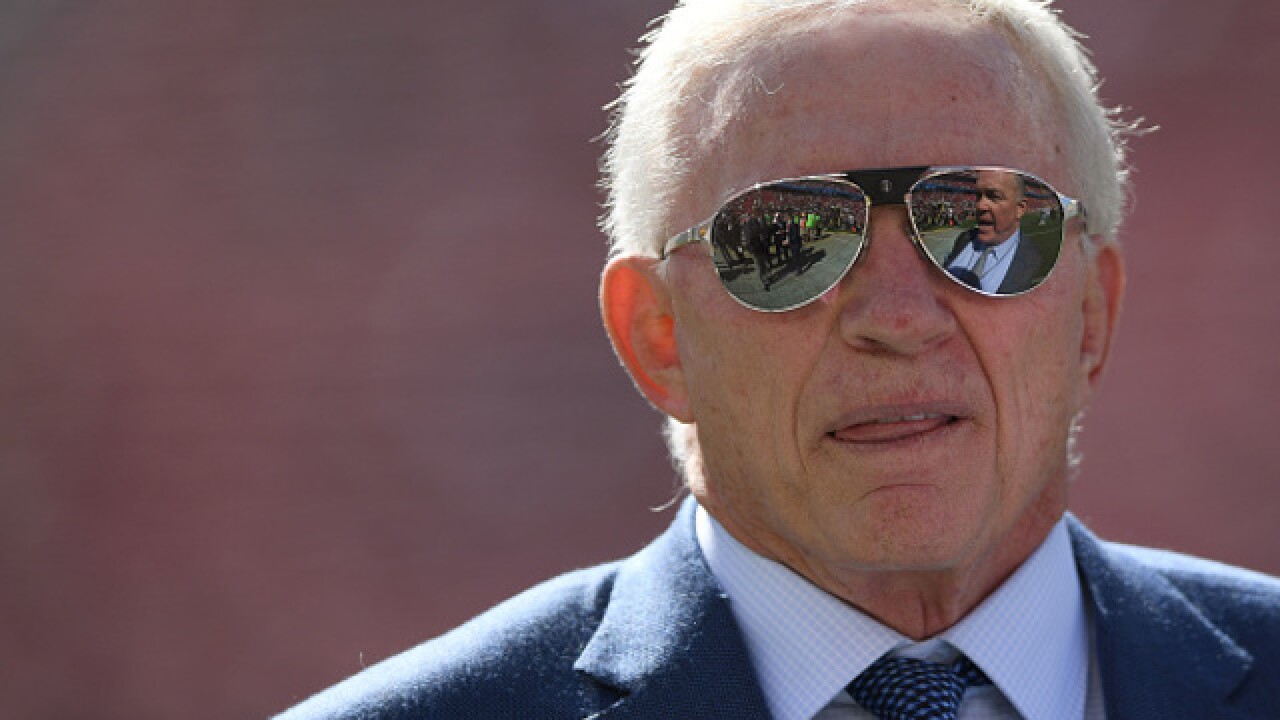 Copyright 2018 Scripps Media, Inc. All rights reserved. This material may not be published, broadcast, rewritten, or redistributed.
Thearon W. Henderson
<p>SANTA CLARA, CA - OCTOBER 22: Dallas Cowboys owner Jerry Jones stands on the field looking on while his team warms up prior to the start of an NFL football game against the San Francisco 49ers at Levi's Stadium on October 22, 2017 in Santa Clara, California. (Photo by Thearon W. Henderson/Getty Images)</p>

The move to add Kellen Moore on the staff of the Dallas Cowboys was a simple one for Owner and General Manager Jerry Jones.

Kellen only took the field a handful of times with Dallas but has been a fixture of the team for the past couple of seasons.

Moore has shown to be a mentor Matthew Stafford in his time in Detroit as well in Dallas with Dak Prescott in becoming their franchise quarterback.

Kellen will replace Wade Wilson for the quarterbacks coaching position.  It's something Jerry Jones is glad that Moore is in the mix.

"I don't want to get ahead of an overall announcement, but I'm glad that we're going to have Kellen with us in the future," Cowboys Owner Jerry Jones said. "We'll get down to the specifics about it. But we have completed an agreement with Kellen," added Jones.

It's worth noting that it has been three years since offensive coordinator Scott Linehan brought Moore into the mix after he was released by the Detroit Lions.  In addition to the coaching staff, Kellen will be heading into his seventh year in the NFL after going undrafted out of Boise State.