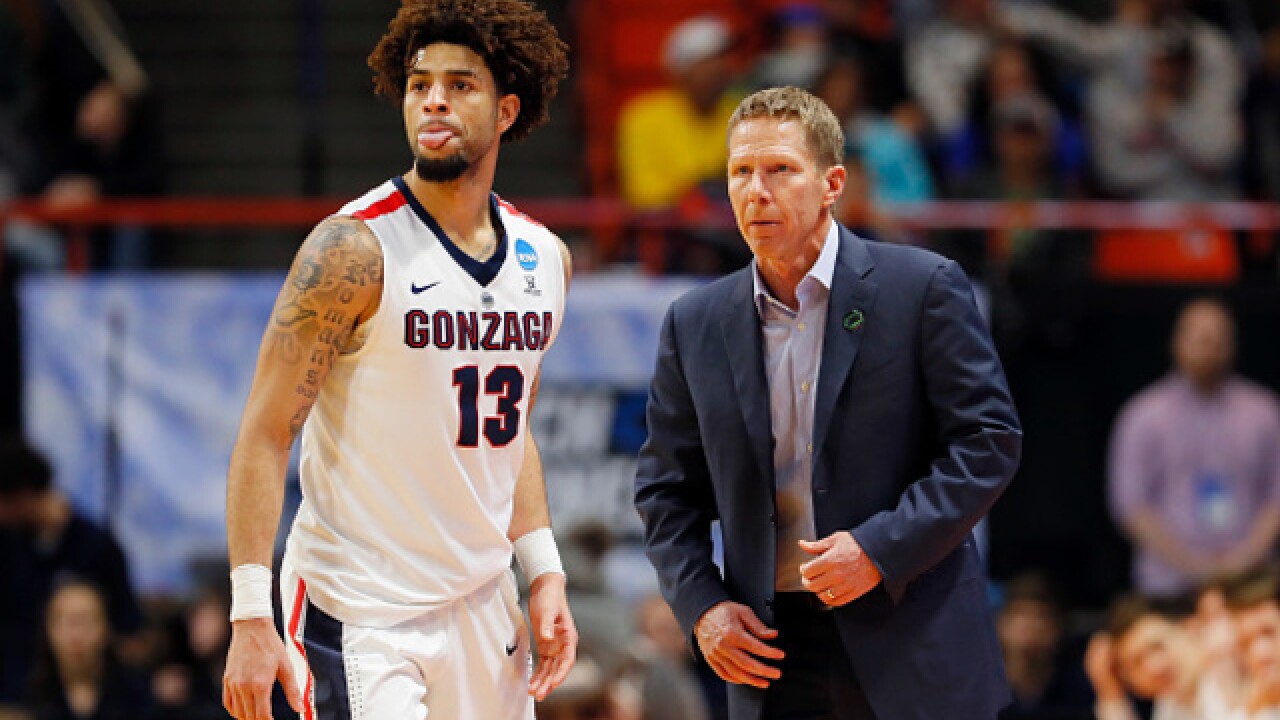 Copyright 2018 Scripps Media, Inc. All rights reserved. This material may not be published, broadcast, rewritten, or redistributed.
Kevin C. Cox
<p>BOISE, ID - MARCH 17: Josh Perkins #13 stands with head coach Mark Few of the Gonzaga Bulldogs during the second half against the Ohio State Buckeyes in the second round of the 2018 NCAA Men's Basketball Tournament at Taco Bell Arena on March 17, 2018 in Boise, Idaho. (Photo by Kevin C. Cox/Getty Images)</p>

The Mountain West and Gonzaga look to make a decision on them joining the conference within two weeks according to Dennis Dodd of CBS Sports.

The Zags played in the first and second round of the NCAA tournament two weeks ago here in Boise but lost in the Sweet Sixteen to Florida State.

I had a chance to catch up with Dennis Dodd to get his thoughts on the move and if it's actually going to become a reality for the Zags becoming the 12th basketball member of the 20-year-old Mountain West.

"If I had to bet it's more than likely.  It really comes down to Mark Few. The school is going to do whatever Mark Few wants.  If he feels like we can't leave the West Coast Conference that we have been apart of for forty years or whatever it is and we have a lot of good friends here than they won't.  It's really about schedule strength and RPI. Gonzaga is going to make a little more money but that's not what this is about it's all up to Mark Few," said Dennis Dodd of CBS Sports.