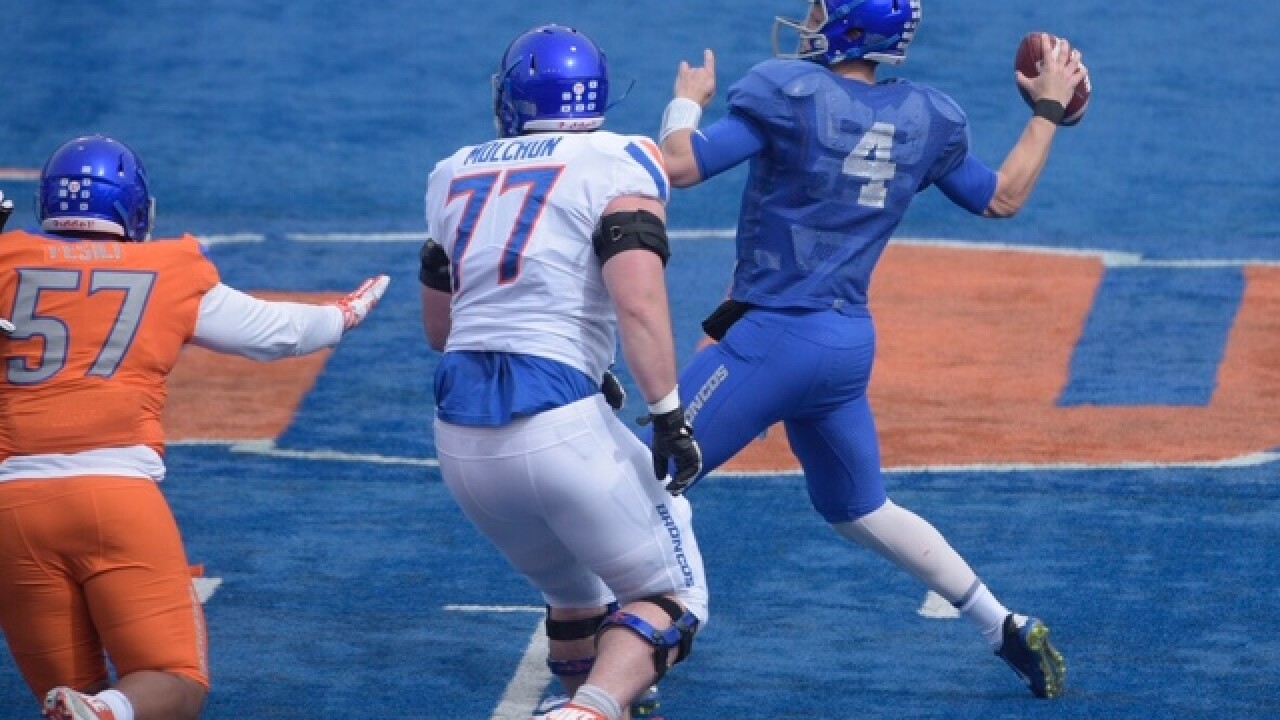 Boise State wrapped up Spring Ball with their Spring Game in front of nearly 8600 fans at Albertsons Stadium.

The first-team offense and defense dismantled against the bronco backups 42-7 was the final.  Quarterback Brett Rypien was electric completing 15 of 19 passes for 267 yards thru the air. He also connected on three touchdowns.

The defense was also stellar as they keep the offense off the scoreboard in the first half.   Senior linebacker Jabril Frazier sacked backup quarterback Chase Cord twice on third downs. The emphasis that Coach Harsin gave to his team prior to the Spring Game has treated today's workout as if it was a live game.

"The goal going into this was to have our guys come here and compete and take advantage of it and take it seriously and really use it as an opportunity.  We talked earlier in the week. Let's be game ready and I thought the guys did that. I noticed some good things. I thought those two groups first-team offense and a first-team defense did a good job today.  It was difficult for the second offense to move the ball. It was good to see some big throws and catches being made. The balance of today was good overall the guys competed," said Head Coach Bryan Harsin.