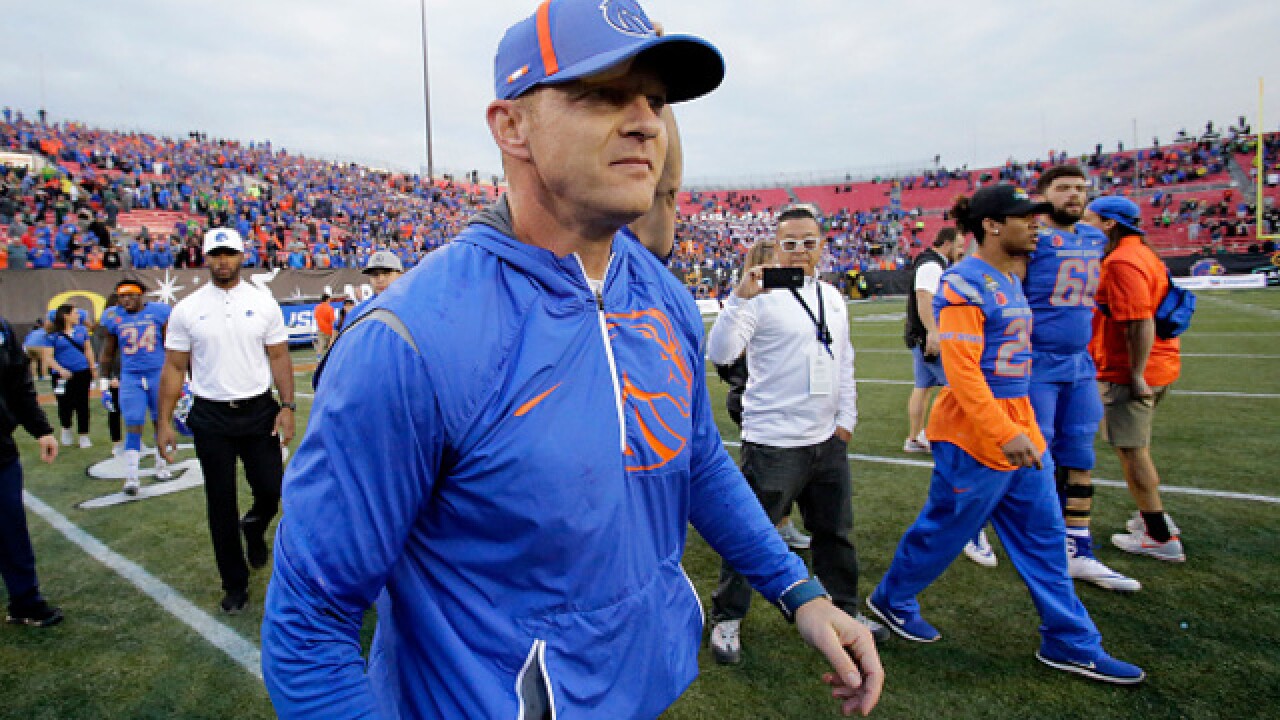 The Boise State football team held their national signing day party today at Big Al’s in Meridian.  Now, most of the recruits inked in December with the early signing day period but head coach Bryan Harsin did sign three today on national signing day.  First up was quarterback Riley Smith from Jacksonville Florida.  A 6 foot 5-inch dual-threat quarterback, Smith had offers from six ivy league schools along with Pitt and Colorado State.

Next up was Tight End Neil Hopper from Roswell Georgia. Hopper fielded offers from Alabama, Auburn, and at least 10 other ACC, Big Ten and Sec teams. Hopper grew up playing as Boise State on the NCAA video games.

The Broncos' entire class includes 14 offensive players and nine on defense.  Included on the offensive side are five wide receivers, three offensive linemen and two each at quarterback, running back and tight end. Defensively, Boise State signed three linebackers, two each at cornerback and nose tackle, and defensive end and a stud.

Overall coach Harsin was very pleased with what his team was able to get.

“We feel like we finished up with a reel strong class and we also got ahead before we get into spring practices,” said Head Coach Bryan Harsin.

Boise State was able to sign a total of 23 players and 20 already joined on the early signing day period.