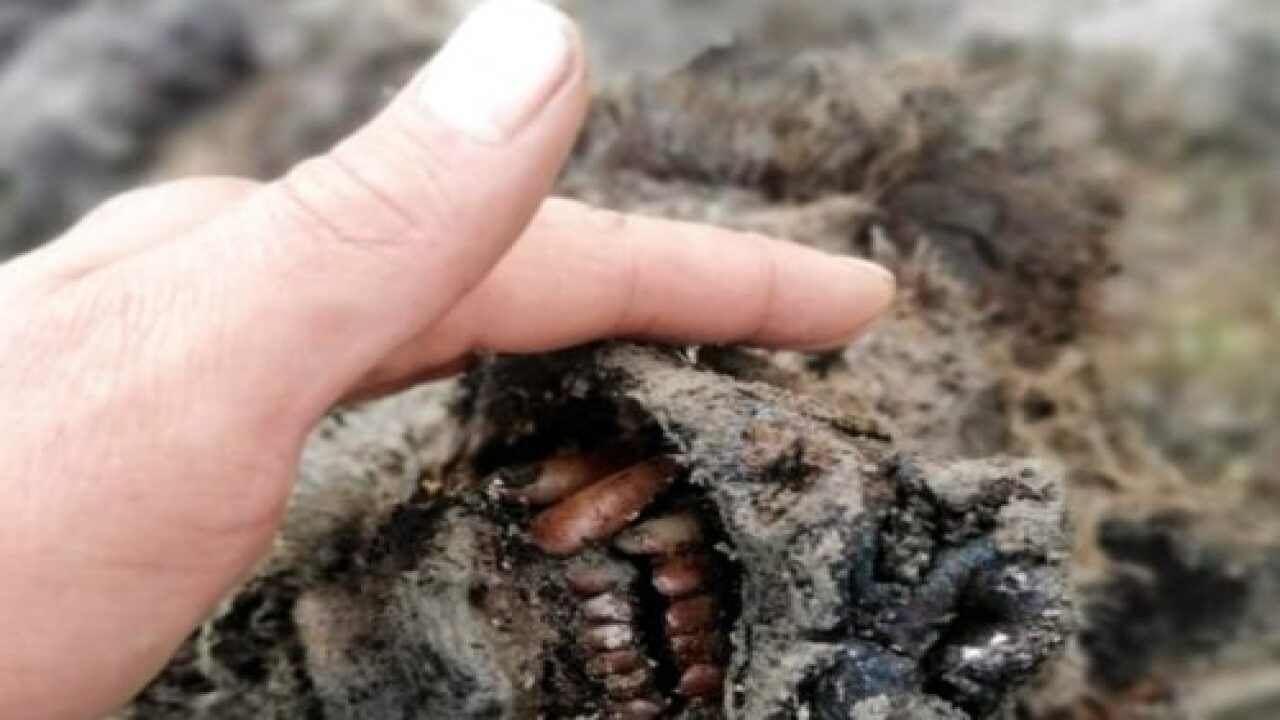 Russian scientists discovered the full carcass of a now-extinct species of bear earlier this month, its snout locked in a snarl after millennia in the frozen ground.

Reindeer herders found the ancient bear, a member of the species Ursus spelaeus, on one of the Lyakhovsky Islands off Russia’s northern coast. Researchers from North-Eastern Federal University in Yakutsk think the bear may be 22,000 to 39,000 years old after preliminary testing.

“It is completely preserved, with all internal organs in place including even its nose,” scientist Lena Grigorieva said in a statement from the university. “This find is of great importance for the whole world.”

Photos from the site are pretty gnarly but show the carcass is indeed in amazing shape. Most of the animal’s fur seems to be intact, its teeth still ferocious.

Before going extinct in part due to human expansion, cave bears split off from the modern-bear family tree more than a million years ago. According to Smithsonian Magazine, cave bears grew even larger than modern polar bears, weighing well over 1,000 pounds.

Little is known about the animals’ diet and behavior. Researchers hope to learn more from studying the carcass, especially the teeth and stomach contents.

The intact cave bear isn’t the first major find in the region. Researchers also recently retrieved the carcass of a cave bear cub on the nearby Russian mainland. A woolly mammoth emerged from the earth in 2013, and an intact wolf’s head popped up last year.

While these discoveries are exciting for scientists, there’s an unnerving reason for their close timing: Due to climate change, the Siberian permafrost is melting. The softer soil reveals items buried for tens of thousands of years. It also topples buildings and releases blasts of methane gas.

So, the reason for the cave bear’s reappearance is a bit grim. Still, data collected from the carcass will help biologists and bear experts understand our world — and the bear’s — for years to come.