Your voice, your vote: Voting via USPS? What Idaho's election officials want you to know 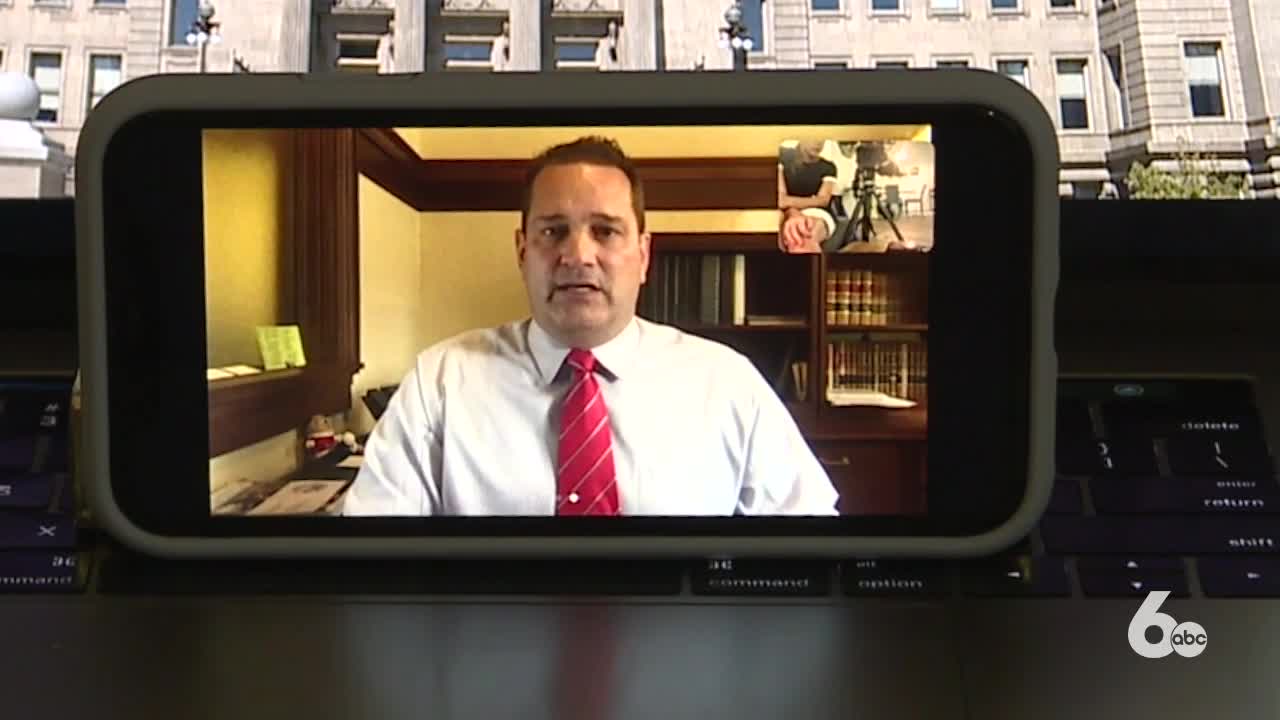 IDAHO — After public outcry regarding the viability of the United States Postal Service (USPS) prior to the November 3 election, Postmaster General Louis Dejoy announced Tuesday that all changes to the USPS will be delayed until after the election to, “avoid even the appearance of any impact on election mail.”

Now, despite the USPS having previously warned states that some absentee and mail-in ballots may not be delivered in time to be counted, local election officials are telling us Idaho would likely not have been affected by the postal service’s concerns to begin with.

McGrane pointed out that there’s an important distinction to make when understanding the USPS's statements.

“One of the things that the Postal Service called out last week, was encouraging election officials to use First-Class postage in order to avoid those delays that have been talked about so widely in the news," said McGrane.

In the letters, first reported by the Washington Post, the USPS recommends that election officials use First-Class mail to send ballots out, because the lower service level, or what is referred called Marketing Mail, will result in slower delivery times.

But McGrane says we've been using First-Class in Idaho for election mail.

“Idaho, and specifically here in Ada County, we’ve been using first-class postage all along," said McGrane.

Chad Houck, Idaho's Chief Deputy Secretary of State, echoed McGrane.
“While they were making the recommendation that we use First-Class mail to try and get things expedited as quickly as possible, that’s something that Idaho’s been doing for a good long time," said Houck.

Then there was the outcry following the reported removal of mailboxes in some states. This is important, because if you’re one of the estimated one-half of voters planning on voting absentee in the general, you just might use them for voting, especially if you’re in a rural area. In his Tuesday letter, Postmaster General Dejoy confirmed, “Blue collection boxes will remain where they are."

Idaho News 6 went a step further and asked the USPS about Idaho’s mailboxes, to which Western region spokesperson Floyd Wagoner replied, “There are no USPS collection box addition or removal activities scheduled in the state of Idaho during the remainder of 2020... no removals at all, today or otherwise."

Still, officials are asking absentee voters not to wait until the last minute to request their ballots.

“The Postal Service is recommending that voters request their ballots no later than 15 days before the election, even though the Idaho statute says they have til eleven [days before]... It was a recommendation, we certainly agree with the recommendation, they should request it early," said Houck.

And as for returning them, McGrane pointed out that dropboxes also exist in front of every county clerk office in the Gem State.

“If there’s still concerns, taking advantage of the dropboxes to return your ballots is a great way. When the ballot goes into that drop box, it is received and will be counted," said McGrane. "So that’s a big difference, versus putting it into the mail and having to wait for it to be delivered.”

There’s also the option of voting in-person at your polling place — that is — if you’re not at high-risk for the virus.

As I previously reported, Idaho election officials say there is no evidence supporting the threat of fraud with Idaho’s absentee voting system.

Next week, Idaho lawmakers will convene for a special session at the capitol to determine the resources election officials need to ensure all eligible Idahoans have access to the ballot box in November.