Your voice, your vote: Protecting elderly poll workers on Nov. 3 -- and will enough workers sign up? 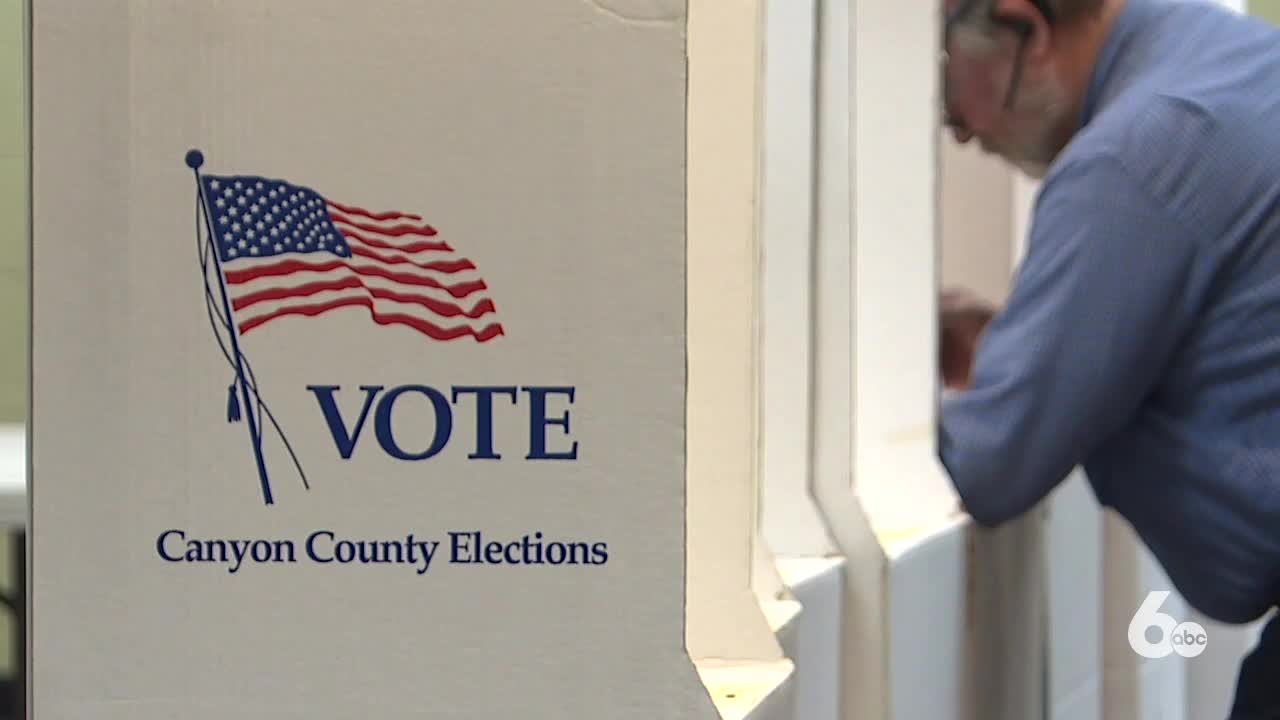 Protecting the safety of poll workers is of particular concern this year; Idahoans over the age of sixty typically make up the majority of poll workers, and because of their age, they are at higher risk for severe illness from COVID-19, according to the World Health Organization.

IDAHO — The November 3 presidential election is roughly 80 days away. As we reported, Idaho state officials plan to administer voting both with absentee ballots and with in-person polling places.

But protecting the safety of poll workers is of particular concern this year; Idahoans over the age of 60 typically make up the majority of poll workers, and because of their age, they are at higher risk for severe illness from COVID-19, according to the World Health Organization.

“In my poll working class, at 42, I was by far one of the youngest people in the room," said Jamie Borge, Ada County resident.

Borge says she worked at at an Ada County poll earlier this year, before the coronavirus pandemic took hold of Idaho.

“You don’t leave, you work the whole day. So it’s surprising to me that some seniors are up for that, but they have the schedules, if they’re retired, to have the time to do that. Whereas a lot of working people can’t just take the whole day off and do that," said Borge.

Borge says she’s not doing it again this year, and that she’d prefer an absentee-only general election, similar to this year's primary in spring.

“I mean, the last thing I'd want to do is have somebody giving of themselves to be a poll worker, and then contracting coronavirus and ending their lives, it’s incredibly sad, scary. It’s not okay to ask people to do that," said Borge.

“Many of the clerks around the state would strongly prefer to see it be an all-mail election, because of the challenges of finding polling locations, finding poll workers, and the public health concerns," said McGrane.

He says he plans to present these issues to lawmakers in the special legislative session on the election, to be held at the end of August. He says he has particular concerns about finding enough poll workers.

"We really are looking for people in the community who are willing to come in and volunteer their time that day to facilitate this," said McGrane. "A lot of our traditional poll workers are in that vulnerable population and have some concerns about doing it."

McGrane says he hopes legislators give special attention to the number, security, and types of polling venues.

“Like large enough facilities -- can we use a high school gym rather than like an entry way?" said McGrane.

And he says he hopes they consider providing protective gear for their poll workers.

“That’s where we need the legislatures assistance, is being able to consolidate some of our polling locations to address the concerns like finding poll workers," said McGrane.

McGrane says it’s relieving to know that about 40 percent of the state’s registered voters have already requested an absentee ballot — meaning polls may not be as crowded as in year’s past.

In an interview with National Geographic this week, Dr. Anthony Fauci, Director of the National Institute of Allergy and Infectious Diseases, said, "There’s no reason why we shouldn’t be able to vote in person or otherwise… I think if carefully done, according to the guidelines, there’s no reason that I can see why that not be the case."

He went on to say floor signage in grocery stores was an example of responsible physical distancing in a crowded situation — but also added, "I mean, obviously if you’re a person who is compromised physically or otherwise, you don’t want to take the chance. There’s the situation of mail-in voting that has been done for years in many places."

Idaho News 6 will keep you updated on how the Idaho officials plan to protect poll workers in the November 3 election.

In the roughly 900 precincts in Idaho, poll workers are paid for their time. If you feel comfortable with any risk, and are interested in applying, contact your county clerk for more information.