Your voice, your vote: Here's what officials hope to accomplish in this week's special legislative session 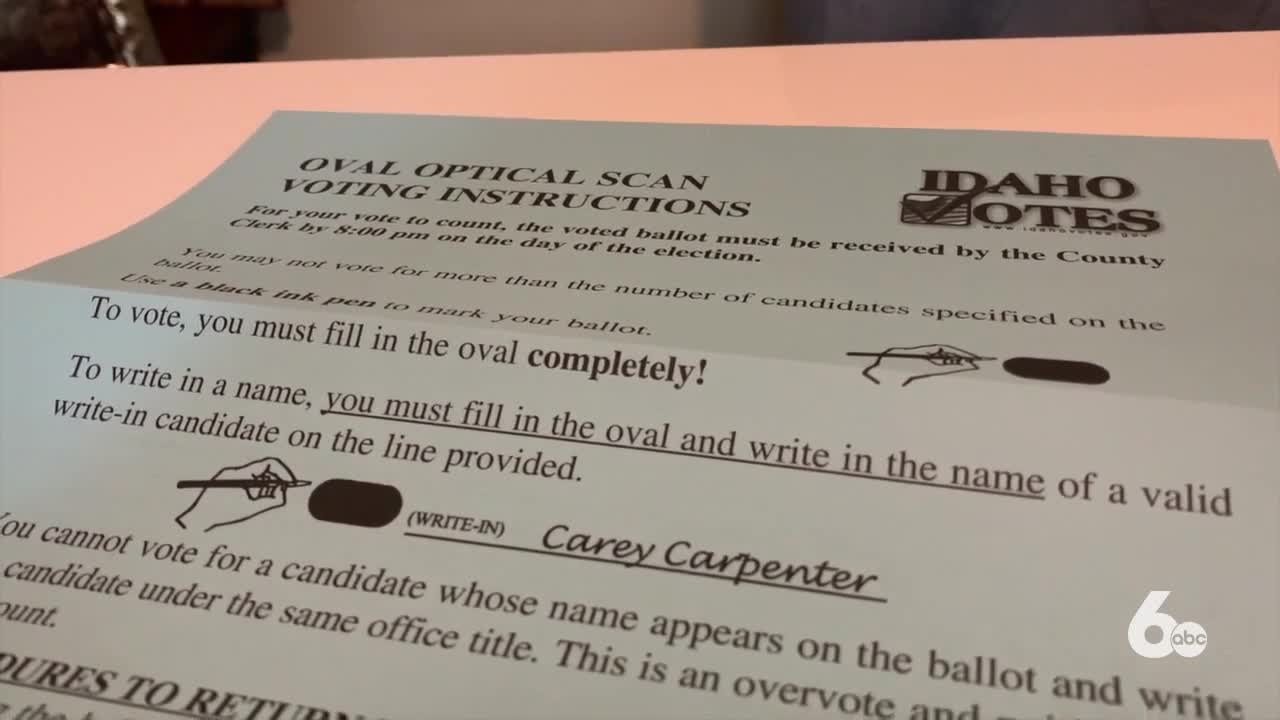 IDAHO — Governor Brad Little is calling back the legislature for a special session regarding the coronavirus. The Republican governor announced Wednesday that the session will start August 24, in order for legislators to consider law changes that will ensure the viability of the upcoming November election amid the pandemic.

Clerks like Ada County Clerk Phil McGrane have been calling upon the governor to call the session throughout the summer.

“From the legislative side, we’re looking for some flexibility," said McGrane.

Flexibility, he says, on the timetable clerks like McGrane have to both mail out, and count your ballots, since this will be an election unlike any other.

McGrane says they need this extra time, because it’s either they do it in advance of election day, or he worries they won’t have results until well after Election Day.

“We’re asking for up to a week in advance of Election Day to actually start opening and scanning the ballots," said McGrane.

McGrane says he’s looking for some added accommodations for in-person voters on Election Day, as well.

“Specifically, the addition of vote centers. And what that would mean -- it would be much like you would experience voting on Election Day now -- except for, instead of having to go to your local precinct near your home, you could go to any voting locations throughout the county and vote there. So, say you're close to work, and that's more convenient, you can actually vote there," said McGrane.

He says these voting centers would also be an effort to keep in-person voters safe.

“Because we would use many of the larger locations in the community to keep people social distanced and everything," said McGrane.

In addition, he says he’s working with various cities throughout Ada County to place and add more absentee drop boxes.

“Because of the increased use of absentee ballots, and especially those voters who have concerns about getting ballots back to us, we’re adding a number of drop boxes," said McGrane.

He says other county clerks are looking at doing this as well.

As we previously reported, due to the virus, officials say they’re worried about finding enough poll workers -- since on typical years, poll workers are most often over 60 and fall in the high-risk category for COVID-19.

“We would love to have folks reach out to their county clerks, if they would be willing to help out on Election Day as a poll worker," said Chad Houck, Idaho's Chief Deputy Secretary of State.

Houck says he’s still hoping they’ll get enough citizens to volunteer on that Tuesday, but if not, they’re looking at other ways to potentially engage younger citizens who are less at risk -- even those with day jobs that might typically prevent them from doing it.

McGrane says, ahead of the legislative session, he is optimistic.

“We’ll be working hard to ensure the process does go smooth for our voters," said McGrane.

Those interested in registering for absentee ballots idahovotes.gov for the November 3 election can do so starting August 26.

Another topic that’ll be discussed next week, according to Governor Little, is a liability shield law needed to protect government, schools and private businesses from frivolous lawsuits by those who contract COVID-19.