Boise is limiting this to the younger grades for now, while Nampa is not. 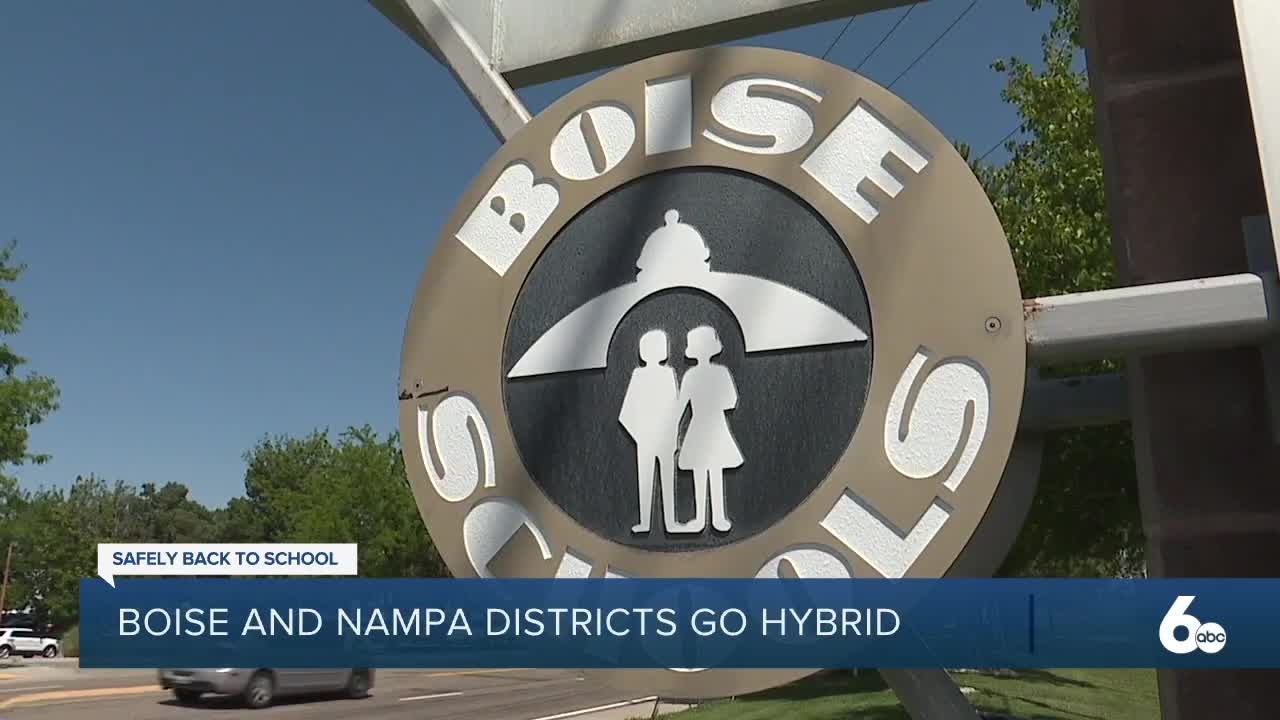 Boise School District is starting their “phase one” this week, meaning pre-k through second grade students will have staggered shifts of both in-person and virtual learning.

“If everything goes according to plan, we control the COVID numbers, we’re not impacting our staff -- in other words we don’t have staff in quarantine -- those types of things? Then we’ll move into phase two, which will be pre-k through sixth grade students," said Dan Hollar, Boise School District spokesperson.

If that goes well, Hollar said the goal is for seventh through twelfth grades to join the others in hybrid learning by October 19.

But Hollar said starting with the younger students this week was an intentional choice.

“You think about a student at that age -- they’re learning to read, and they are better served in-person for that," said Hollar.

“What we’re doing is bringing half of our kids back on Mondays and Thursdays, and the other half back on Tuesdays and Fridays, and so that gives us half the number of kids in a classroom, and gives us a chance to spread out and be able to stay safe," said Kathleen Tuck, Nampa School District's Director of Communications.

Like Boise, Nampa’s also making face coverings mandatory for students and teachers, and they’re also distancing desks, staggering schedules for cafeteria, payground and hallway use, and, "Cohorting," said Tuck. "Which means that we’re trying as much as possible to keep kids in one small group, so that they’re socializing with the same kids every day.”

She said teachers will remind students not to hug or get too close, but that they’re also looking forward to aiding children's' social development.

Both district spokespeople said safety remains their number one concern.