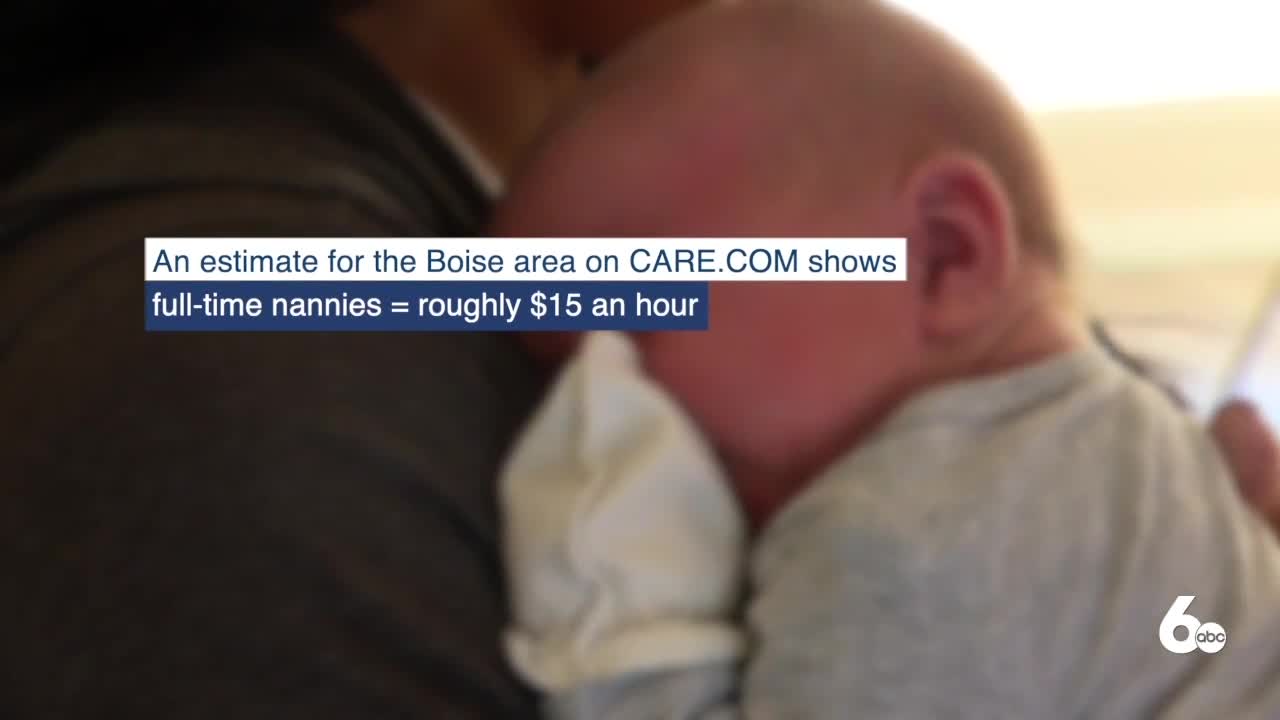 IDAHO — In an effort by Governor Brad Little to make parents less likely to leave the workforce while their children learn at home, a $50 million grant program announced Friday called Strong Families, Strong Students would provide parents up to $3,500 per family.

Idaho News 6 spoke with working parents in Idaho to learn more about their current experiences — and their reactions to this news. While each parent's situation is a little different, the common message we heard across the board was that parents, especially working ones, need a helping hand right now.

Myers and her husband have five kids ranging from kindergarten to high school. They also run an açai bowl and smoothie business in Boise’s North End called Rush Bowls, which opened just months before the pandemic.

“Things were just starting to look really bright, like the beginning of March. And then it was just night and day, and just, business shut off. I mean pretty much, ya know? March was scary. But things are looking up for sure. But the amount of stress is definitely taking its toll on me," said Myers.

There are of course some days when she has to be on-site, managing the business, but she says being away while the kids are at home is really hard.

“Oh my goodness, the mother guilt is terrible for me. So much mommy guilt, that like, I’ve just cried like so many tears because I feel like a terrible mom," said Myers.

She said a nanny would help, but childcare costs in Idaho are a little steep for her budget. As we’ve reported, an estimate for the Boise area on Care.com shows full-time nannies currently cost single-child families roughly $15 an hour. That’s $2,400 dollars per month.

Still, Myers says the $3,500 dollars she might be eligible to receive next month -- would help them.

"Like if I hired some help, that would help me on those days that I need to be at the store. It would probably help. It definitely would help," said Myers.

The other goal of the Strong Families, Strong Students program is to empower students to be successful.

"It’s a nice gesture, but it’s not meaningful," said Dayna Anderson, another mother in Boise. "We already have the devices from the school districts."

“Anything meaningful would involve some sort of child care and tutoring for families who’ve decided to do virtual. $3,000 per family doesn’t even cut it — that’s a drop in the bucket," said Anderson.

And she and her husband have a dual income, so she worries about others who may not be as privileged.

“Like, how many lower-income families and students or students of color are completely being left behind, so, right? You start going down that hole -- it’s pretty sad," said Anderson.

The State Board of Education is drawing out the guidelines which will prioritize disadvantaged families. Applications will open in October.

Even after these allocations for education, Idaho still has almost $200 million in CARES Act funding to distribute before the end of the year.