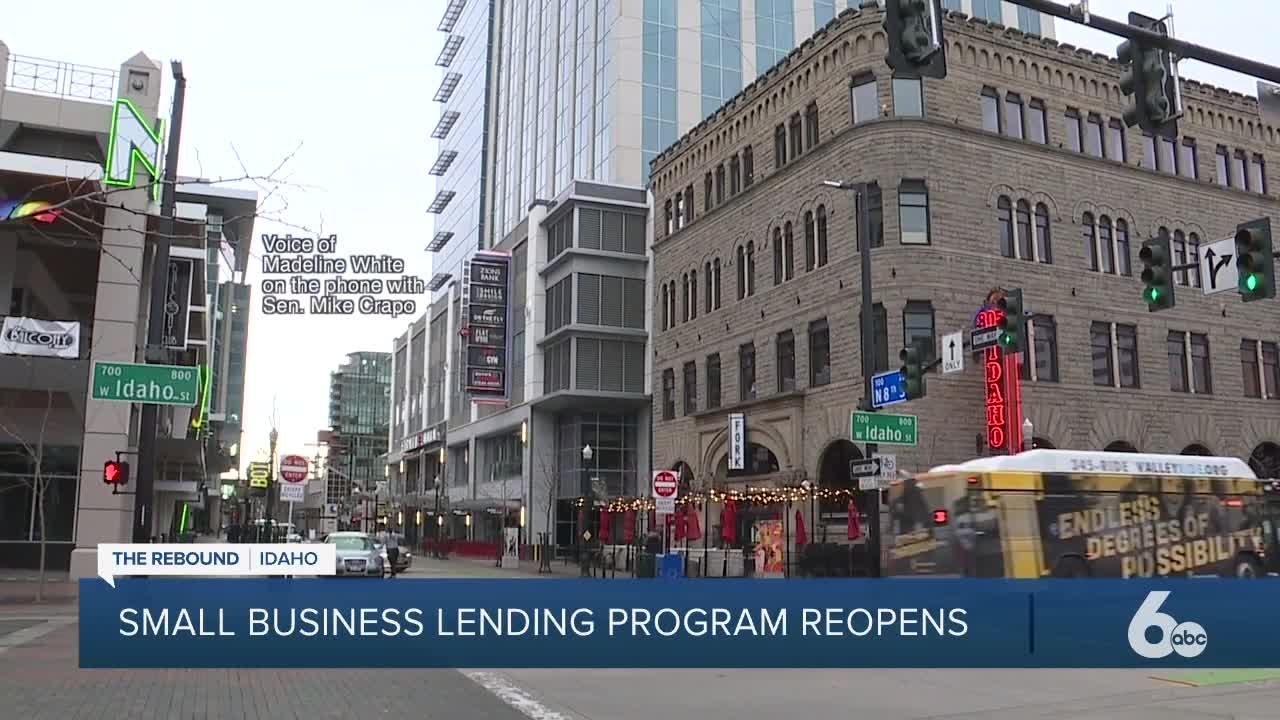 But business owners in need may want to act fast; experts say that money could go quickly, once again, due to intense demand.

As of Monday afternoon, the U.S. Small Business Administration said it had processed more than 100,000 loans with more than 4,000 lenders, according to Newsy. It did not say how much money remained in the Paycheck Protection Program (PPP).

“What do you find is the most promising part of this new deal, for those who are struggling?" asked Idaho News 6 reporter Madeline White, in a phone interview with U.S. Senator Mike Crapo, R-Idaho, last week.

“Well the most promising part of it is the biggest part of the deal," said Crapo. "[Which] is another $310 billion that will go into the Paycheck Protection Program."

The first time around, the PPP had even more in it: $349 billion dollars. That ran out in less than two weeks.

But data shows it has helped many Idaho businesses. An SBA report shows that as of April 13, Idaho has received 8,846 loans, totaling more than $1 billion.

“It’s been incredibly successful. We’ve heard from lots and lots of businesses," said U.S. Senator Jim Risch, R-Idaho, in a phone interview. "It’s never gonna be perfect, but it’s been helpful to many many many more people than those who weren’t able to participate.”

But is that true? Idaho stats are unclear at this point, but the National Federation of Independent Business released a survey last week saying only about 20% of submitted applications have been fully processed with funds deposited. 80% of respondents said they are still waiting, and many do not know where they are in the application process, according to the report.

As CNBC reports, the CEO of the Consumer Bankers Association, which represents the nation’s big retail banks, estimates it will take $1 trillion to meet the demand from small businesses — and expects the second round of funding to run out in about four days.

But with $25 billion new dollars invested in testing, Crapo says he’s optimistic that part of the deal will help Idaho’s economy to reopen.

“So that we can get a much better and faster handle on the testing that’s necessary to help us get control of this COVID-19 virus, and get our economy stood back up," said Crapo.

"When we get back to work again, and we start again, I have every confidence that this economy is going to bounce back more quickly than it’s ever bounced back before," said Risch.

To recap, here are some main takeaways:

1. Idaho small business owners, independent contractors, and self-employed are advised to apply for the PPP or Economic Injury Disaster Loan ASAP.
2. As of April 17, the NIFB research center says only 20% of submitted applications have been fully processed with funds.
3. Senators say new investment in testing could mean hope is on the horizon for reopening.

Later this week, Idaho News 6 reporter Madeline White will talk with Idaho Department of Labor representatives, and will do her best to get your questions answered. Please don’t hesitate to send your stories, comments and questions her way, at therebound@idahonews6.com.