Rebound Idaho: Musicians manage the pressure amid a gig-killing pandemic

Coronavirus may have put a limit to live music opportunities, but local artists are not letting it stop them from doing their art. 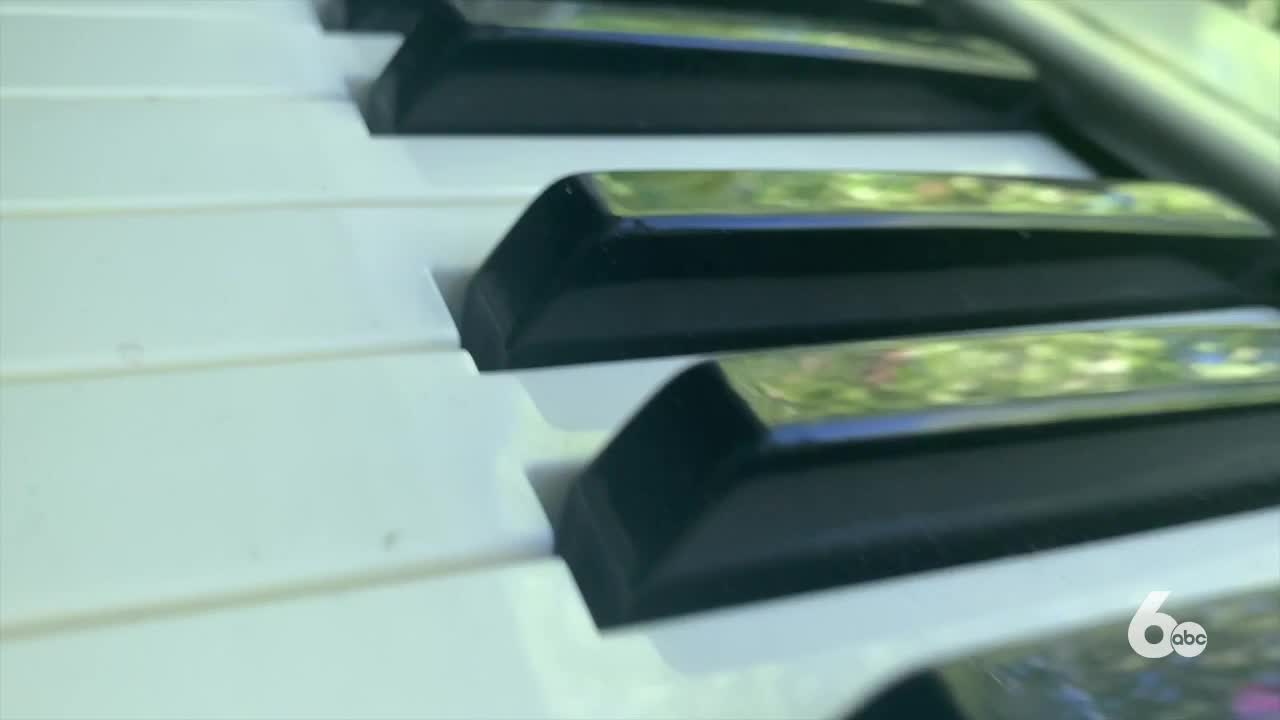 Amid shutdowns and social distancing, Idaho music artists were forced to rethink their sources of income and creativity.

BOISE, Idaho — Local musicians: they entertain us, inspire us, and often help us cope. And at a time when we just might need that more than ever, they too have been sorely hit by the effects of the pandemic.

That's why, amid unprecedented changes in our culture, their current struggles are forcing them to use their inherent creativity more than ever.

“In a matter of weeks, my entire summer schedule was canceled. Spring and summer. And that was a bit jarring, a bit anxiety inducing," said Ashley Rose, a singer-songwriter based in the Treasure Valley.

From center stage, to stuck at home: coronavirus shutdowns hit local artists like a wrecking ball.

Rose says before the closures, more than half of her income came from playing gigs at restaurants, hotels, weddings, and festivals.

But that all came to a crashing halt in March when the economy shut down. She says she didn't play a gig for about three months.

She says she’s grateful to have been awarded a COVID Cultural Commissioning Fund, part of a recent effort to provide relief for local artists by a partnership including Treefort Music Fest, the Morrison Center, and the City of Boise.

“It quite literally paid my rent that month," said Rose.

And since we’re now in the governor's "stage four" in the Gem State, Rose says she’s seeing quite a few more gig opportunities open up -- but also says the situation is "bittersweet" given the virus.

“There is a risk there, um, so, that’s been challenging to navigate as well — when to say yes, and what do I do if I say no?” said Rose.

Plus, as lead singer Dusty Leigh of local band Dusty Leigh and the Claim Jumpers points out, even though live performances are starting to come back, they are not quite the same.

“A majority of some of the places we like to play are putting the [precautionary] practices in order where we can still come and play. You don’t see as many people on the dance floor, which, ya know... when you’re a live performer that’s how you know you’re doing a good job!” said Leigh with a laugh.

"At least they're being conscientious about keeping that social distancing," added Leigh.

She says practicing music at home has been her saving grace.

“My neighbors probably hate me, but that’s the one thing that makes me feel like everything is right in the world," said Leigh.

“A really interesting by-product of it: I’ve gotten way, way more of my own personal art done," said Fulton.

Also the owner of Garden City recording studio Audio Lab, he says that seems to be true for others too.

“The creativity and the amount of people that are creating is amazing, like it’s flourishing. It's huge," said Fulton. “Lots of people coming in, making appointments.”

Fulton's also been taping all the “Alive after Five” performances at Audio Lab, which is an annual summer series in Boise that is always free but is currently virtual, so that folks at home can enjoy the music despite the virus.

This, in turn, proving that no matter the format, the show must go on.
“I think that it’s more important than ever that people are tapped into their creativity somehow," said Rose.

"Singing is the one thing that grounds me," said Leigh. "And when I feel like my world around me is chaos, I always rely on singing.”