Rebound Idaho: Labor Dept. works to boost communications with governor on their progress

"We are working on other ways to communicate... the progress we're making." 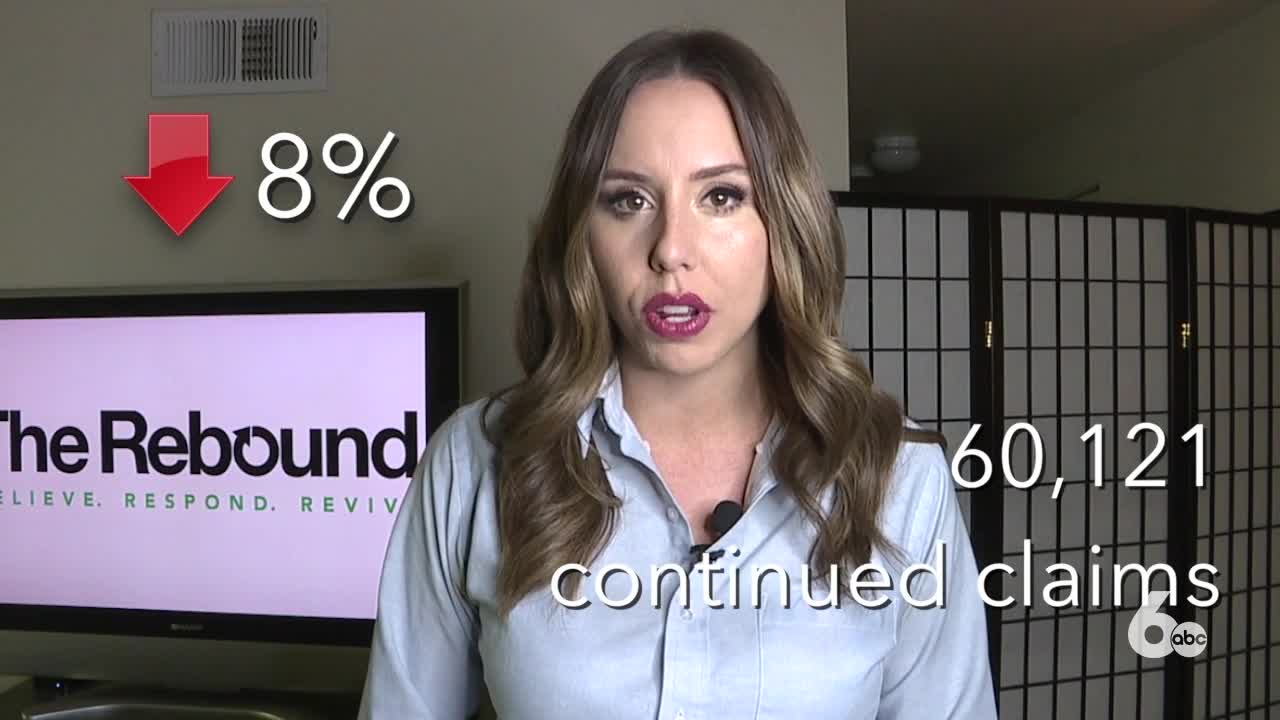 We spoke with a department representative to explain what these numbers mean, and to get a better sense of how they're reporting their progress to Governor Brad Little.

IDAHO — Idaho Department of Labor (IDOL) officials say the Gem State’s unemployment rate reached 11.5% in April. That’s a nine-point jump in the seasonally-adjusted number — compared to the record low of 2.5% in March.

But the department has also released data that shows "continued claims" saw a decline by 8% from the previous week, to roughly 60,000 claims.

“Hopefully that means that people are going back to work," said IDOL spokesperson Leah Reeder.

We spoke with a department representative to explain what these numbers mean, and to get a better sense of how department officials are reporting their progress to Governor Brad Little.

But what constitutes a "continued claim?"

But for many in Idaho right now, getting approved is easier said than done. Here at Idaho News 6, we receive messages daily from people who have no idea why their payment is still pending, but can’t get through on the phones to ask.

"But the amount of Idahoans that you’re able to speak to -- isn’t enough," I pointed out. "How are you showing Governor Little that through this data?”

"Well, to be honest, I think that Governor Little knows that we -- I mean -- he’s fully aware that we aren’t able to answer all of the phone calls that come in every day... We are working on other ways to communicate, kind of, where we're at -- and the progress we're making." said Reeder.

“We try to get through them as fast as we can, and try to be as thorough as we can to try and really help people," added Reeder. "The only way that we can really show progress is to start tracking that... such as phone volume, and number of issues that were adjudicated -- just some of the numbers that are more indicative of the progress we’re making as a department."

This week, the Rebound: Idaho team at Idaho News 6 will be interviewing Governor Little, so we'll be sure to bring up the crises many Idahoans are facing while waiting for unemployment benefits.

Reach out to us anytime with stories, comments or concerns at therebound@idahonews6.com.