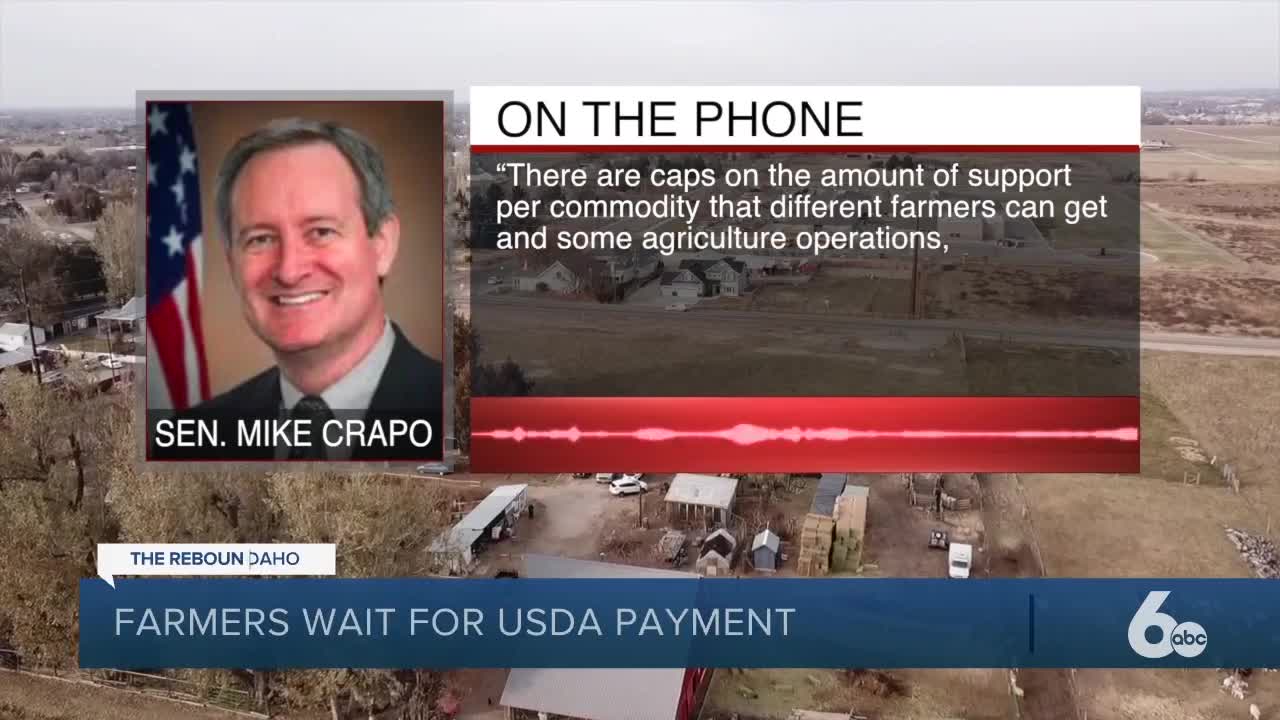 Idaho farmers and ranchers are suffering. Can their businesses survive? Well, let's review their options.

IDAHO — In a letter to President Trump, Idaho’s delegation members wrote that the Gem State’s cattle industry has suffered a roughly $13 billion loss from the coronavirus, with many billions more in harm to the pork industry, and to dairies, fruits, nuts and vegetable producers -- just to name a few.

It's clear Idaho farmers and ranchers are suffering. Can their businesses survive? Let's review their options.

Last week, we told you how Idaho farmers are now eligible for the Small Business Administration's Economic Injury Disaster Loan.

“With EIDL, there’s only $10,000 of that that is forgivable," said Rick Naerebout, CEO of Idaho Dairymen's Association.

“How much money is that for an Idaho farmer?" I asked.

“So, one of those semi-trucks that you see driving down the road, one of those, full of feed for our dairies, is the amount that $10,000 adds up to," said Naerebout.

“Drop in the bucket?" I asked.

Naerebout said significant relief could come from the USDA's $16 billion direct-payment program for farmers, however, which was part of the CARES Act Congress passed.

But there’s only one problem.

“There are caps on the amount of support per commodity that different farmers can get, and some agriculture operations, particularly livestock operations and the kind of things we see in the dairy industries — don’t have multiple commodities. They have one commodity, so they only have one cap," said Crapo.

Big farms, like ones you see in Idaho, with multimillion-dollar production costs, are only eligible for $125,000 per commodity, with an overall payment limit of $250,000 per person or entity.

"And so what we’re trying to do right now is to get flexibility with the Secretary of agriculture, to make it clear, that in those industries, of which many are in Idaho, that the cap system needs to be changed," said Crapo.

Naerebout agrees and is hoping they'll lift the caps entirely.

“Producers need relief, regardless of the size of the farm," said Naerebout.

After heavy pressure in Washington from lawmakers and industry groups, as Politico reports, USDA Secretary Sonny Perdue went on the record saying they’ll increase the caps before rules are finalized this month.

“We agreed with them, and we’ve adjusted those payment limits," said Perdue, in a radio interview with Brownfield Ag News.

We caught up with Senator Risch, R-Idaho, about what this could mean for Idaho’s "ag" workers.

“What amounts will the caps be adjusted to? Or could they be lifted entirely?" I asked.

“We don’t know that yet -- but obviously it’s gonna be an improvement over the $125,000," said Risch. “They are gonna make some changes, we are certain of that. And it could come at any moment."

We’ll keep you updated as we learn more. You can follow along on idahonews6.com/rebound.