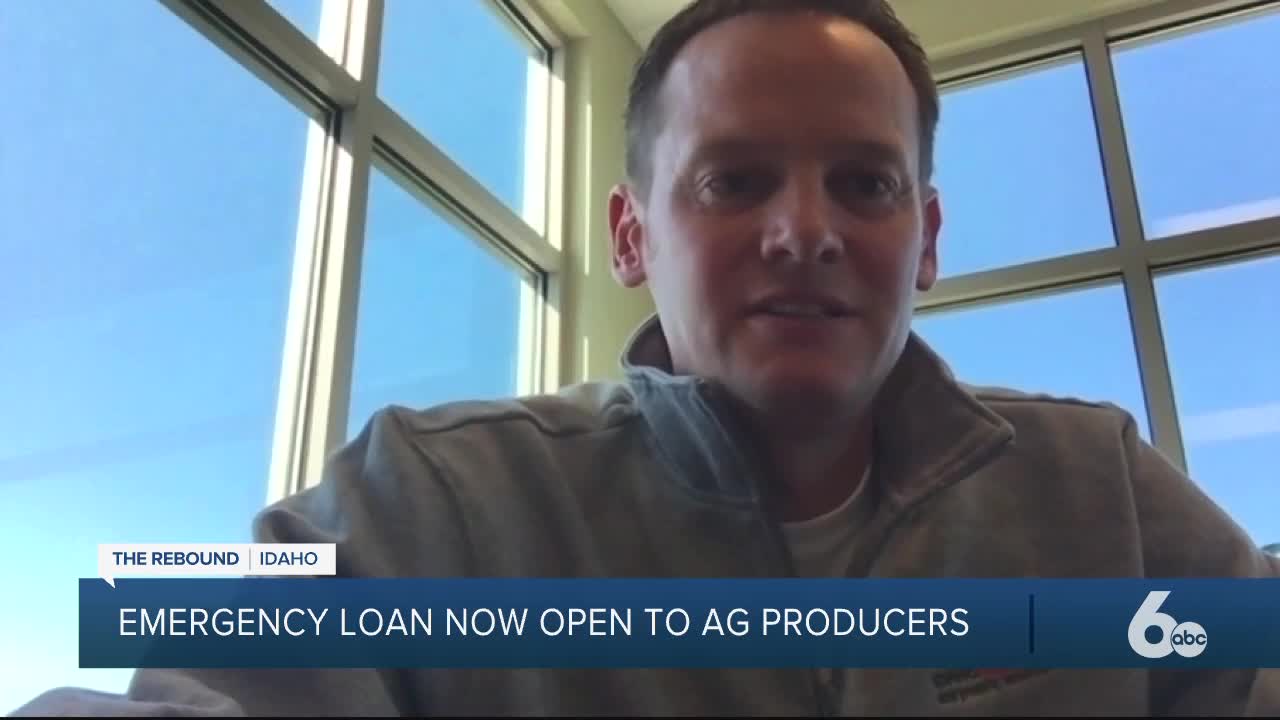 IDAHO — Idaho is an important agricultural state, producing nearly one-third of all potatoes grown in the US, all three varieties of wheat, and is also the third-highest milk producer in the nation. That's why it’s welcome news to many that the SBA is now making economic injury disaster loans available to agricultural businesses impacted by COVID-19.

But is it enough? One Idaho dairyman says it’s better than nothing.

With the break in the supply chain from forced restaurant closures, it's safe to say times are tough right now for Idaho's dairies, farms, and ranches.

“Looking at the dairy industry... they anticipate a 58 percent drop in total dairy revenue in 2020 because of the virus," said Naerebout.

For more than 30 years, the SBA has been prohibited by law from providing disaster assistance to agricultural businesses, but on Monday that changed when they announced farmers and ranchers would be eligible for the Economic Injury Disaster Loan (EIDL) — a loan that can go as high as $2 million for small businesses.

“We appreciate all the effort that’s gone into these relief packages and the recognition from Congress that 'ag' producers need more than just the normal relief that we’ve had in past downturns," he said.

Naerebout said his understanding is it’s supposed to work in conjunction with the Paycheck Protection Program (PPP) — a lending program he says many of his association’s members have already benefited from.

“Now the difference is, in the PPP, the significant portion -- if not all -- of that loan is forgivable. With EIDL there’s only a $10,000 portion that’s forgivable — the rest is paid back on terms that you set up when you make application.”

“How much money is that for an Idaho farmer?” I asked.

“So, one of those semi-trucks that you see driving down the road, one of those full of feed for our dairies is about the amount that $10,000 adds up to.”

“Yeah," said Naerebout. "When you’re talking about an industry the size of ours, it does not go very far. Most our dairymen are losing far more than $10,000 a day, and so, it’s a small amount, but again, every little bit helps right now.”

He said he’s advising his association's members to apply for the EIDL, and really every relief opportunity possible— and to do it quickly.

“The money is expected to go really quickly," said Naerebout of the EIDL. "There’s more risk in waiting than there is in just making an application and possibly being told no."

As Idaho News 6 reporter Natasha Williams previously reported, The U.S.D.A. is putting $19 billion toward the Coronavirus Food Assistance Program (CFAP), which helps support farmers across the nation struggling from the impacts of COVID-19, but Naerebout says limitations within the program mean a big chunk of Idaho's dairies will get shortchanged.

Direct payments from CFAP are meant to help those struggling farmers stay in business, but according to the CFAP summary released by USDA, producers will be eligible for no more than $125,000 per commodity, with an overall limit of $250,000 per individual or entity.

Naerebout says this isn't enough, because the average dairy farm in Idaho has about 1,500 cows, but the average nationally is only about 250 cows.

He says he's working on getting the USDA to recognize the issue for large-scale producers like ours in Idaho.

Visit sba.gov to learn more about the EIDL and advance.

The Rebound team at Idaho News 6 is working hard to get some of your questions answered, so please don’t hesitate to reach out with how we can help you through these uncertain times at therebound@idahonews6.com.