Rebound Idaho: How the PPP has helped Idaho retain local jobs, so far

Idaho's first medical school is among the 7,562 companies benefiting in the state. 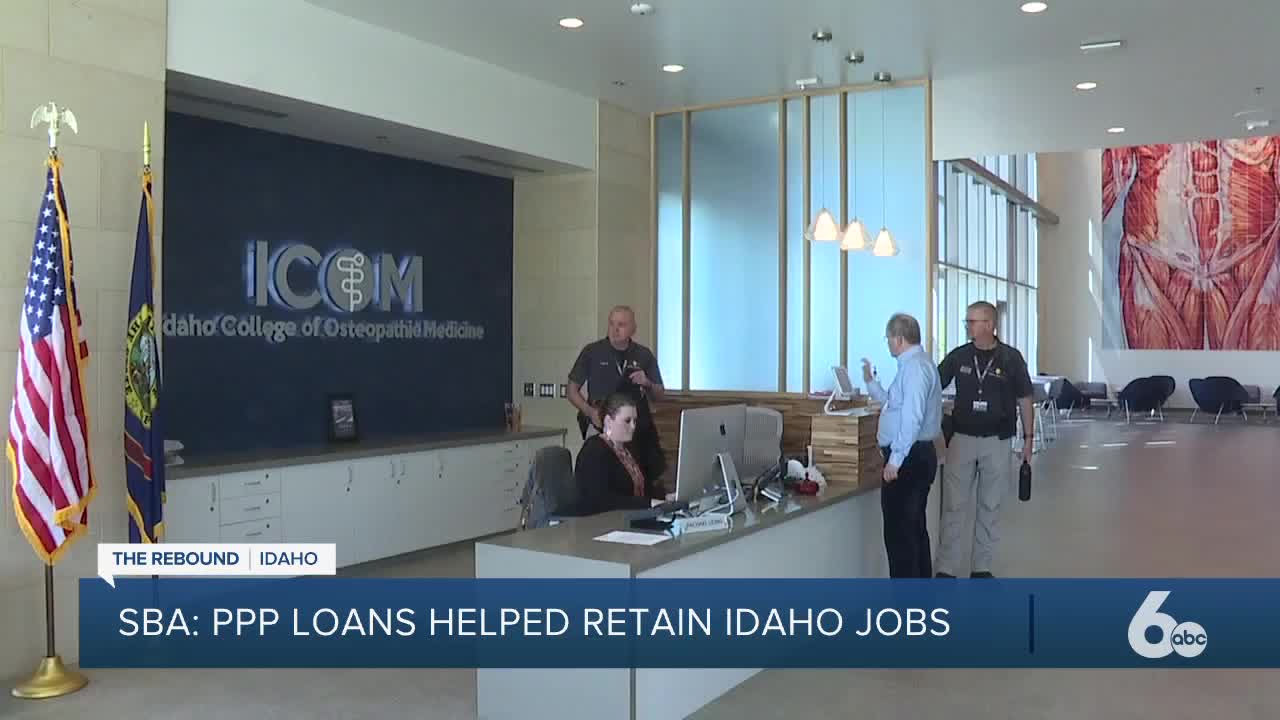 On Monday, the SBA released state-by-state data showing detailed information on the PPP loans it has given out since the CARES Act went into effect. This -- painting a clearer picture of how Idaho was helped by the program.

On Monday, the SBA released state-by-state data showing detailed information on the PPP loans it has given out since the CARES Act went into effect. This -- painting a clearer picture of how Idaho was helped by the program.

The SBA reports, so far, they have given out a total of at least $1.15 billion dollars in loans to Idahoans. They also said these loans have helped Idaho businesses retain a total of 305,422 jobs.

To put that in more visual terms, imagine that a one-inch square of paper represented one job in Idaho that the SBA says their loans helped businesses save during the pandemic. Now imagine we placed those squares one-by-one in a line down Capitol Boulevard from the Idaho State Capitol Building. Traveling south for about 4.8 miles, the paper trail wouldn’t stop until it reached Boise Airport. That’s 305,422 squares — or in this case — Idaho jobs.

“Paycheck Protection was intended for companies, educational institutions like us — not to lay people off, not to do reductions in pay, but rather keep the engine running," said Dr. Tracy J. Farnsworth, ICOM President.

Farnsworth says the PPP did just that for them at ICOM, Idaho’s first and only locally-based medical school. This, he says, in turn, empowers Idaho’s future generation of doctors and healthcare workers.

“We expect an increasing shortage, an acute shortage, of physicians in the coming years," said Farnsworth. "And so we cannot simply be paralyzed and not continue to advance our mission of medical education.”

ICOM did have to close their doors for about three months, but Farnsworth says their PPP loan -- which according to the SBA was somewhere in the one to two million dollar category -- helped them keep their essential medical educators on board.

“We are deeply appreciative," said Farnsworth. "It’s really become something of a bridge, a security net, from keeping people like us from having to do difficult layoffs at a time when we’re a new school, really still a startup school. We could ill-afford to lose essential faculty and staff."

ICOM is one of about 7,500 businesses in Idaho who received funds from the SBA's PPP as part of the CARES Act

More PPP data can be found on the website of our media partner, BoiseDev, by clicking here.

If you’re a small business owner and have yet to apply, you can still do so until the August 8 deadline.