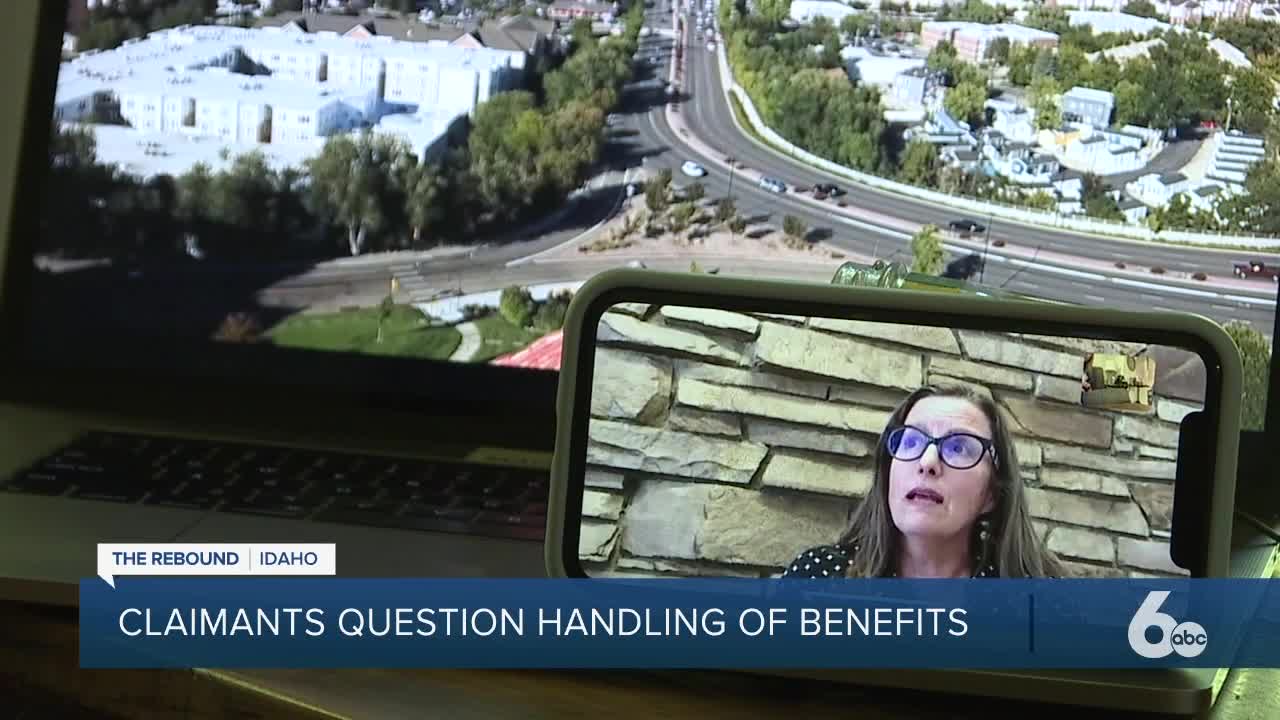 Governor Little speaks out as claimants question the handling of benefits by the Idaho Dept. of Labor.

IDAHO — It’s now been 11 weeks of waiting for many laid-off Idahoans, who have submitted claims for benefits from the Idaho Department of Labor (IDOL).

In this installment of our Rebound: Idaho series, we are holding a magnifying glass to the actions performed by the agency, Governor Little, and now lawmakers as constituents cry out for help.

It’s the same message we’re hearing day after day from our viewers: where are my benefits, and why can’t I get in touch with anyone at the IDOL?

Representative John Gannon, D-Boise, says he also hears the cries from his constituents.

“People don’t have the money then to pay rent, pay other utility bills," said Gannon.

According to IDOL representatives, when the shutdowns happened back in March, the department brought back some retired claims specialists. Plus, as the governor pointed out this week, they've been hiring. But how many?

“They’ve got, I think 19 new ones that are on board now. They’re out looking for another 20 or 30," said Governor Brad Little.

It's safe to say those claims specialists have their hands full.

“When you heard that they’ve hired about 20 new people since this all began — what were your thoughts on that?" I asked.

Lisa doesn't find the number sufficient, either. She is still in the dark about her claim, after two months.

It's a good question, and it's a question that I posed earlier this week to our contacts at the IDOL. They were unreachable for an answer.

But a question I did get their answer to was why couldn’t they have hired more people?

They said they needed manageable group sizes for training new hires without risking transmission of COVID-19.

“We had to split the group into two. We had to maintain those social distancing regulations," said IDOL spokesperson Leah Reeder.

“I mean, couldn’t you have done screen-sharing?" I asked.

Little said IDOL staff are doing their due diligence in being thorough, so as to prevent fraud.

“There’s only a couple states that are current on their claims at this point in time," said Little.

It should be noted, that according to KATU.com, our neighbors to the west, in Oregon, went from 100 employees processing claims in the Oregon Employment Department -- to 700, just in the last few weeks.

But he also admitted that the situation is "unacceptable."

“The fact that we got three new programs all loaded onto an agency, that their job 80 days ago was to try and find people jobs, uh, it was — but — I’m not making any excuses. It’s unacceptable. We’re doing all we can," said Little.

Theobald says she is not satisfied with that answer, however.

“The best you can is not good enough. You can do better," said Theobald.