Child care vs. returning to work: A glimpse at the type of support families are receiving amid a burgeoning dilemma 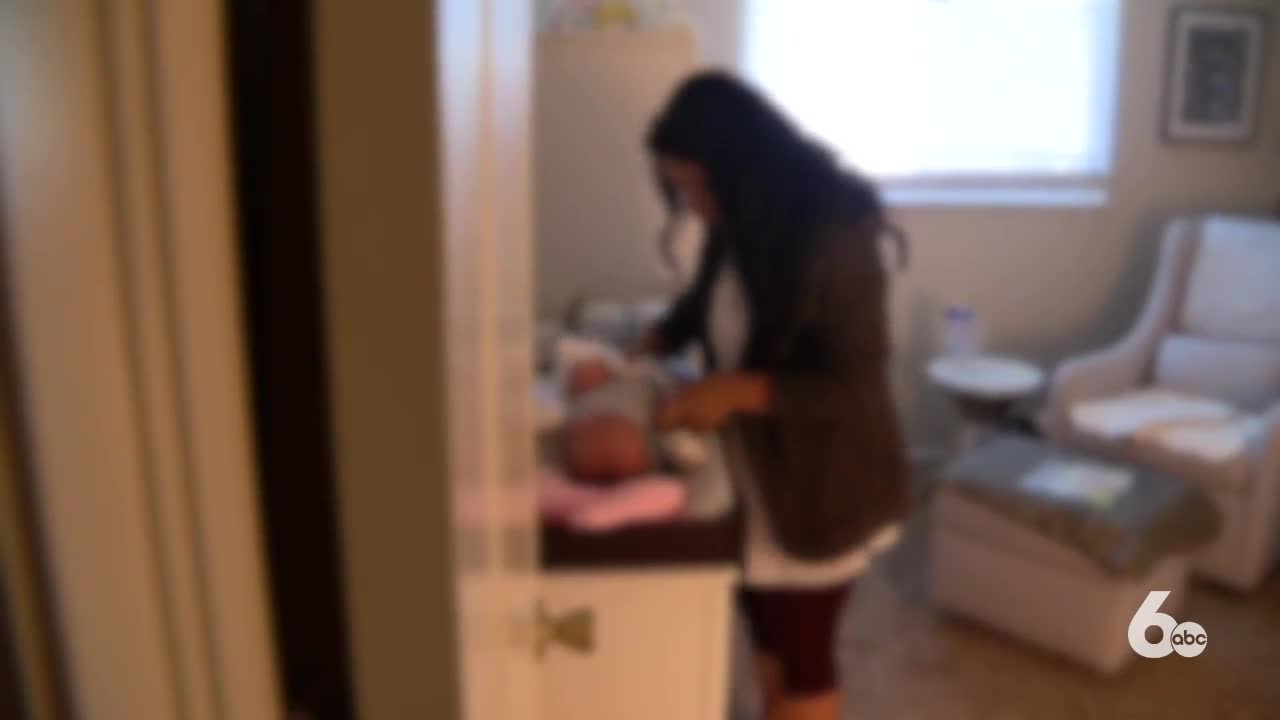 With children staying home, many parents face an impossible decision of spending on costly child care and going to work, or quitting their jobs and staying home to care for them.

As we told you Wednesday, a mental health expert in the Treasure Valley says he’s seeing an increase in anxiety among parents who are struggling to maintain their jobs -- and afford child care in Idaho. Now, Idaho News 6 is bringing you more details on what he's calling on from the governor -- and what state officials are doing to address this dilemma.

"You don’t want people to continue to quit their jobs," said Anselme Sadiki, executive director of The Children's Home Society of Idaho.

Roughly 50,000 Idahoans are unemployed, according to the most recent data from Idaho Department of Labor. Sadiki, who with his team at Children’s Home Society has been helping Idaho families manage the anxiety throughout the pandemic, says he thinks much of the joblessness is due to folks being busy doing another job: taking care of their kids during quarantine.

"If we are seeing a great number of people who would prefer to not be working, but take advantage of unemployment insurance -- to be honest -- I cannot blame them! Because at least they have the chance to stay at home and take care of their kids," said Sadiki.

Idaho experienced a shortage of child care facilities before the pandemic even began, making access and affordability difficult.

In a previous story we brought you on March 9, we spoke to Beth Oppenheimer, the executive director of Idaho Association for the Education of Young Children (Idaho AEYC).

"If we were able to increase the number of programs serving young children, it would relieve a lot more stress for our families who would then be able to participate in the workforce," said Oppenheimer.

For what it’s worth, the most recent Department of Labor data shows that Idahoans of the child-bearing ages of 25 to 34 make up the biggest percentage of continued unemployment benefits claims.

"Something has to be done in terms of at least providing some sort of incentive in the form of child care subsidy, for example," said Sadiki.

The state of Idaho received $1.25 billion federal dollars in coronavirus relief this spring. Currently, about $20 million of that money is appropriated toward childcare supports during the pandemic. This -- only 1.6 percent.

One program using these dollars? The Idaho Child Care Program, which helps eligible families pay for part of their child care costs. A spokesperson with the Idaho Department of Health and Welfare (IDHW) said, through this program, during the shutdowns, they paid providers to help keep them afloat -- and extended recertification for all ICCP families until June.

Oddly enough, though, when I asked if there’d been an increase in usage of this resource this year, the spokesperson said, "At this time, case counts appear to be stable with no significant increase in ICCP participation."

But another thing the state is doing with that $20 million: doling out grants.

"We can provide them resources for doing their business on the back-end -- [that] is absolutely something we can do," said Ericka Rupp, program manager, IDHW welfare division.

The state's roughly 1,100 licensed child care providers are eligible for the grants, which range in amounts from $500 to $5,000.

"We are asking that all child care providers submit their applications online, through child care grant at www.DHW.Idaho.Gov," said Rupp. “So that they can focus on the things that are most important which is caring for the children and supporting families.”

So far, Rupp says less than half of providers have applied. So if you're a child care provider, you have until August 31 to apply.

We'll keep you updated on the governor's response to the aforementioned dilemma regarding costly child care during the pandemic.