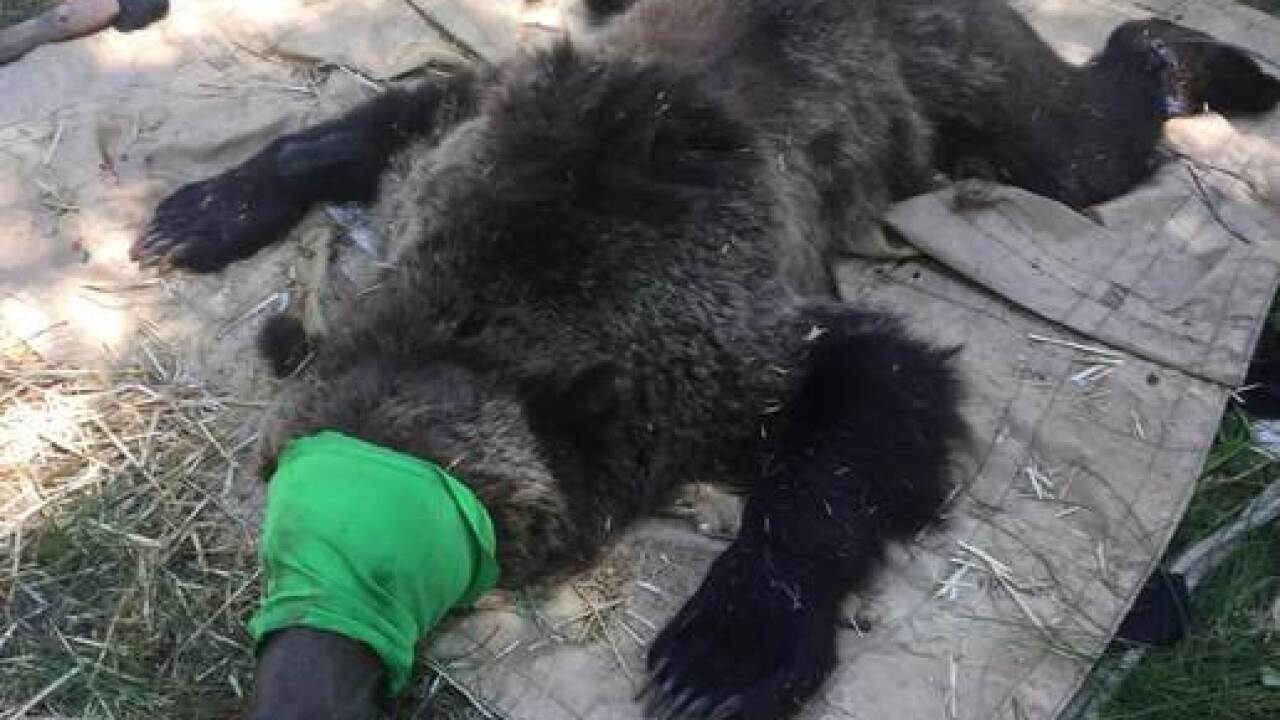 Copyright 2018 Scripps Media, Inc. All rights reserved. This material may not be published, broadcast, rewritten, or redistributed.
Idaho Department of Fish & Game

A young male grizzly bear has been captured near an eastern Idaho campground and relocated to a remote area.

The Idaho Department of Fish and Game said the workers captured the bear Wednesday near Mill Creek Campground in Island Park.

Officials say the sub-adult bear appeared to have lost some of its fear of humans.

Fish and Game says the bear was tagged, fitted with a GPS collar and then released in a remote area of the Caribou-Targhee National Forest.