What to know about the maps showing the Australia fires 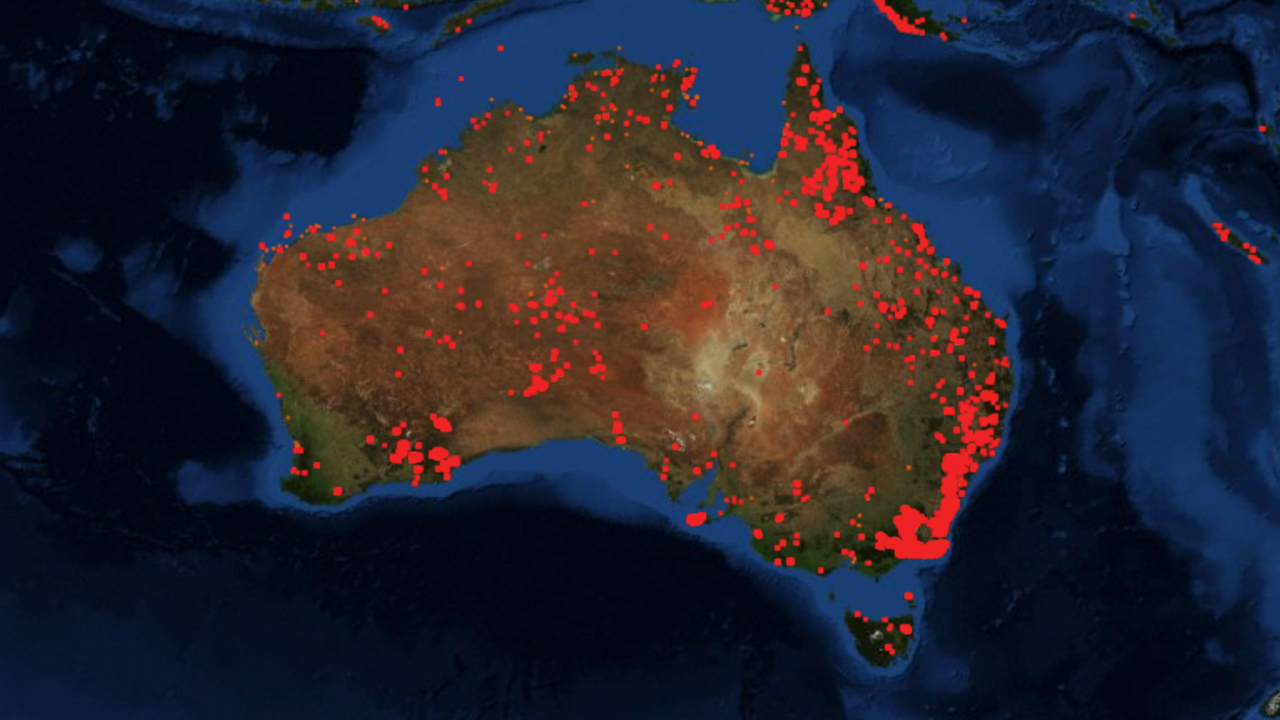 BAKERSFIELD, Calif. — The Sonoma County Fire District in California juxtaposed a map of Australia's fires with a map of the United States, showing the massive scale of Australia's numerous wildfires — or so some believe.

While record-breaking temperatures combined with a severe drought have fueled a bunch of bushfires across Australia, it's not exactly the scale to which the social media post implies.

The map with the fire symbols comes from Australian government website MyFireWatch, which uses satellite data to map heat sources. However, the map includes "any heat source that is hotter than its surroundings or looks hotter than its surroundings. This may include gas flares, refinery furnaces or highly reflective large industrial roofs," according to MyFireWatch. So you're not just seeing bushfires on that map, but any heat source that has been detected by satellites.

In addition, not all heat sources are detected; some may be too small, not hot enough or obscured by clouds and smoke.

It's also important to note that the fire symbols don't indicate the size or severity of the fires, but the time at which they were detected. So the red flame icon doesn't mean the fire is more dangerous or larger, but that it was detected in the past 12 hours.

There's also the issue of scale. Maps that claim to show the size of the affected area by overlaying Australia onto the United States are not accurate due to the curvature of the earth. Flat map projections are rarely accurate when it comes to the size of countries because they get distorted, which makes sense since you are trying to turn a spherical object into something flat (you can learn more about this from the person who cut open a globe to see how distortion plays into cartography).

So that begs the question: what map can you trust?

The NSW Rural Fire Service has been sharing consistent updates on the fires, and their maps are accurate.

At 6am there are 119 fires burning across NSW.

Last night storm activity saw a band of lightening which moved through the Blue Mountains and Sydney. We will conduct reconnaissance today to assess whether this has caused any new ignitions.#NSWRFS #NSWFires pic.twitter.com/B2QVufNX5I

As for other areas of Australia, the links below can show you the ongoing fires in different regions.

And if you want a global view, NASA has a map that shows the active fires around the world.

The NASA image below shows the active wildfires in Australia over the past week.

The fatal wildfires sparked in September, burning over 12 million acres of land, scorching over 1,500 homes and killing over 20 people.

This story was originally published by Bayan Wang on KERO in Bakersfield, California. This story has been updated and edited to more accurately reflect the scale of the ongoing wildfires in Australia.