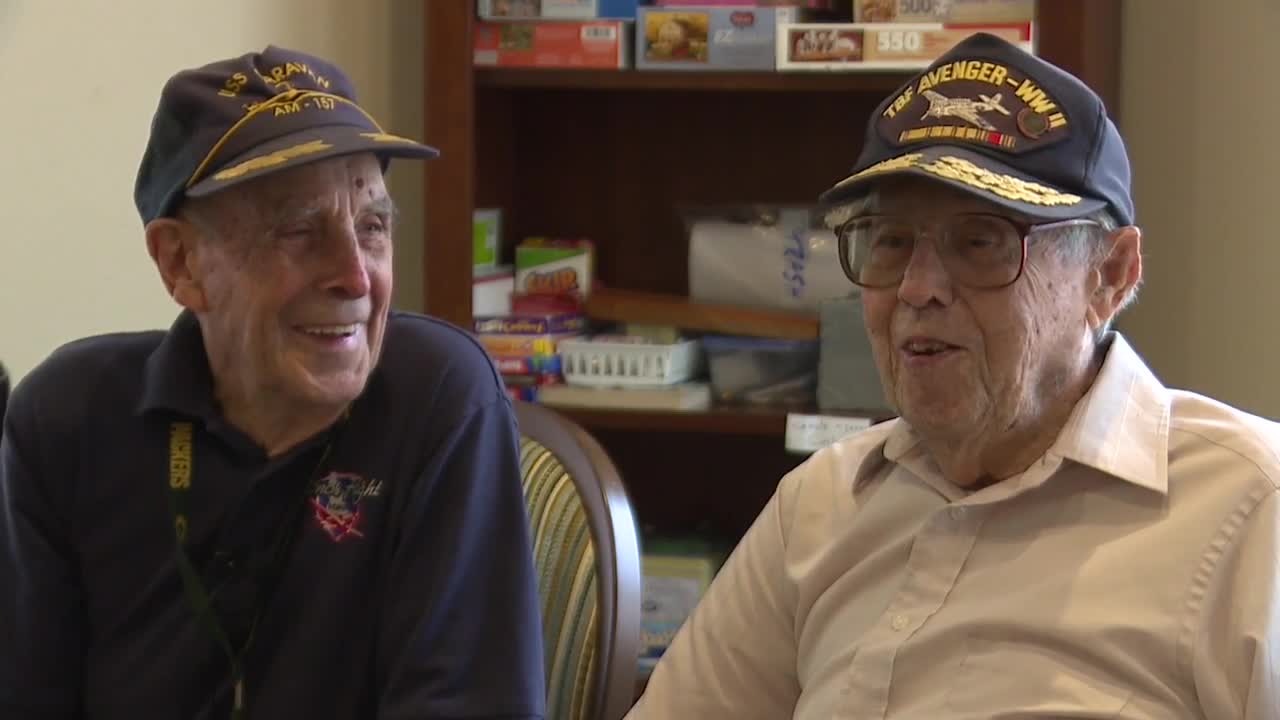 93-year-old Cliff Venne volunteers with the St. Luke's hospice program, Venne is a navy veteran of World War II and helps the organization by connecting with other veterans.

BOISE, Idaho — 93-year-old Cliff Venne volunteers with the St. Luke's hospice program, Venne is a navy veteran of World War II and worked on a minesweeper in the south Pacific.

Venne helps St. Luke's by connecting with other veterans and it really does brighten up their day,

Every Tuesday Venne meets with 95-year-old Lorin Hubbard who alse fought in World War II in the navy as a aircraft mechanic.

Both men joined when they were 17, they also weren't the only ones in the families who fought in the war and they were part of 16 million American troops who fought on both the Pacific and European fronts helping the allies defeat the axis in World War II.

"I knew about Hitler over in Germany and we were gung ho to go over there, that was everybody," said Venne.

Every week these two meet up and this week they were eager to talk about Veteran's Day because it was fresh in their minds.

"All these people applauded me, they gave me a hand," said Hubbard smiling.

St. Luke's has several different positions available for volunteers, here's a link to their website.