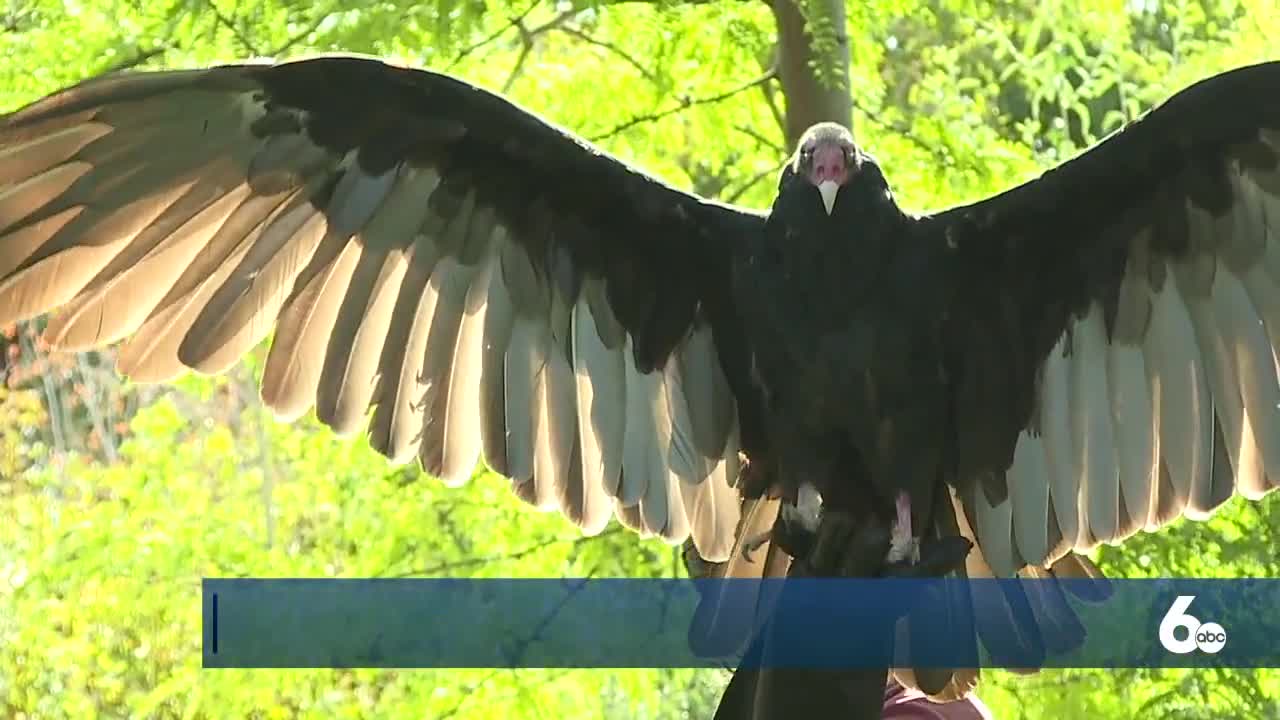 BOISE, Idaho — As wildfires rage across the west, the flames threaten homes and businesses of those communities as well as the habitats of endangered birds. When the Oregon Zoo reached out needing aid, the Peregrine Fund's World Center for Birds of Prey in Boise opened its doors.

"We welcomed 13 adult condors, six birds that are prepared for release that should be released sometime this year, and seven hatch-year birds that were just hatched this past year at their breeding facilities," said Erin Katzner, Birds of Prey global engagement director.

"We have housing up there, so that's where they live, and they've been able to provide around the clock care for all of the birds and make sure everyone is doing well and taken care of," said Katzner.

The center closely watches our air quality, and luckily, it's not any worse for the birds than for people.

However, the fires are entirely different. Fire concerns span multiple states, including parts of Arizona, Utah, Oregon, and California, where breeding facilities are located.

"We're dealing with fires earlier this summer, fires that swept right through an area where we have breeding condors with active nests and youngsters in, fortunately, all of our birds were fine," said Katzner.

Not all wildlife centers are as lucky. The Dolan Fire ripped through the Ventana Wildlife Society in California. Two condor chicks died in flames, and nine are still missing.

"When you lose even one bird you feel it, the population feels it," said Katzner. "This is something that's very scary for everyone involved, and our hearts are with the staff who are out there searching for their birds."

The staff says they're happy to help out the 26 new additions here in Boise.

"They're doing just fine here in Boise, and we'll hang on them as long as the Oregon Zoo needs us to," said Katzner.

The remainder of the condors were moved to a portion of the Oregon Zoo, where the veterinary hospital is located, not under an evacuation zone. The world center for birds of prey reopens to the public on Thursday but with some restrictions.

For more information about how The Peregrine Fund is working to save California Condors, click here.