What you can expect from this year's local wines; "A couple of varieties really stand out" 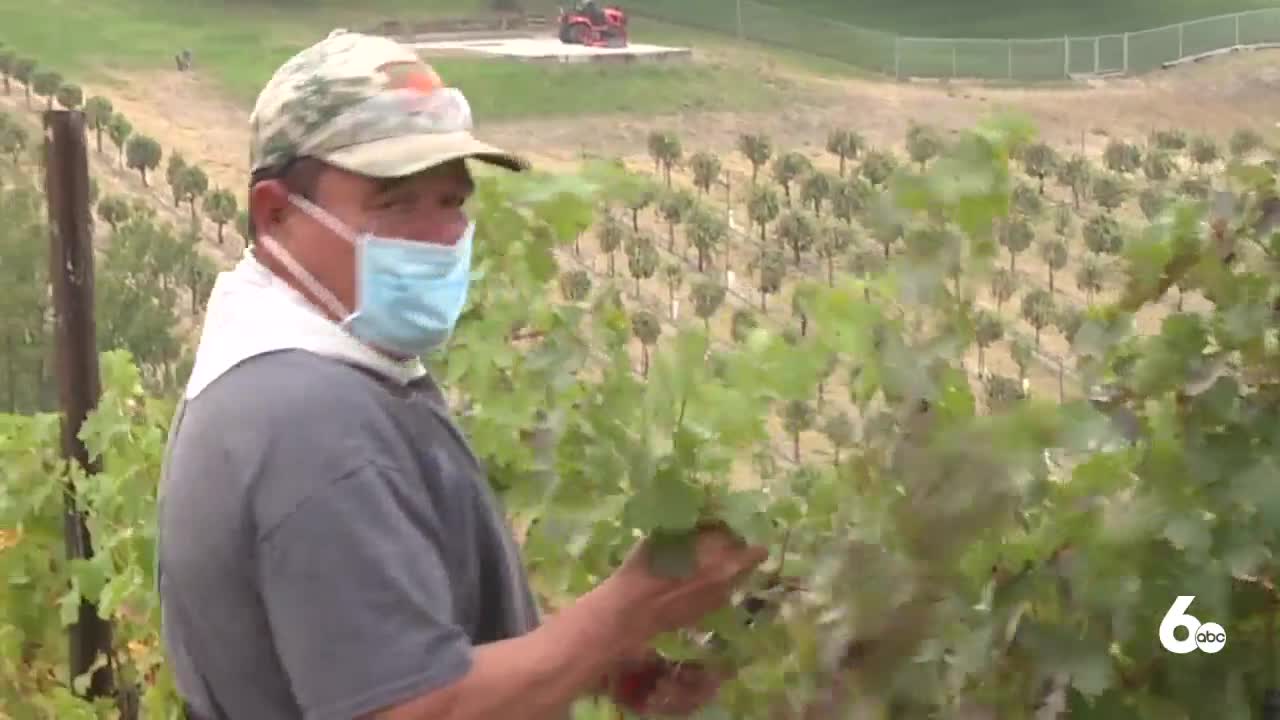 The moment Idaho's vineyards have waited months for, the end of the harvest season.

IDAHO — The moment Idaho's vineyards have waited months for, the end of the harvest season.

The vines have been cut, the grapes picked, and now Idaho's winemakers will get to taste and see the fruits of their labor.

“The grapes are all in. They are fermenting away," said Michael Williamson, co-owner of Williamson Vineyards. "We have pressed off most of the reds that go through a couple of weeks of fermentation with the berries.”

Although smoke from fire season caused some issues for Idaho's vineyards short term, it actually helped the grapes.

Idaho also had a cooler than average spring with large amounts of rainfall that helped the grapes.

“That really made the canopy just shoot up and pop out and be ready early, so that was kind of good too," said Williamson.

It may still be early in the winemaking process, but he is excited about how this year's wine is looking.

"There are a couple of varieties that I would watch for, that seems to really shine out," said Williamson. "I would watch for Malbec, Sangiovese, and Syrah from this year. Those seem to come off and be stellar fruit this year."

But, to get here, wine growers and makers had anything but an easy year.

“In the wine industry, there are three parts. There are the farming vineyard side, the winery side, and the processing, and then there is the retail side that’s interacting with the people," said Williamson. "I think there are struggles in all three areas.”

So, the wineries had to get creative.

“It’s cool the innovations that we got to see different wineries imaginations taking place. Some wineries were making deliveries to people's homes, who thought curbside wine pickup would be a thing, and it was for a while," said Williamson. "We saw a lot of innovations and people being creative with the space that they have in their wineries being able to let people see some of the backroom spaces that they turned into extra tasting room so they could keep people socially distance.”

Some of the Gem States wineries even had to call on friends, family members, and customers to help with harvesting.

"The ones that are a little bit smaller that are friends and family they really had to pull them because people might be sick or they had to quarantine," said Williamson. "They were able to pull some customers to get help out there into the vineyards and harvest, and so I think that was a pretty cool experience for the customers.”

But, it's not the wine Williamson will remember most about this year's harvest.

“I'll remember how the people came together," he said. "Neighbors were ready to help neighbors and get the fruit in when it was time. That was a great thing. It made me very proud to be part of this industry and to be an Idahoan.”