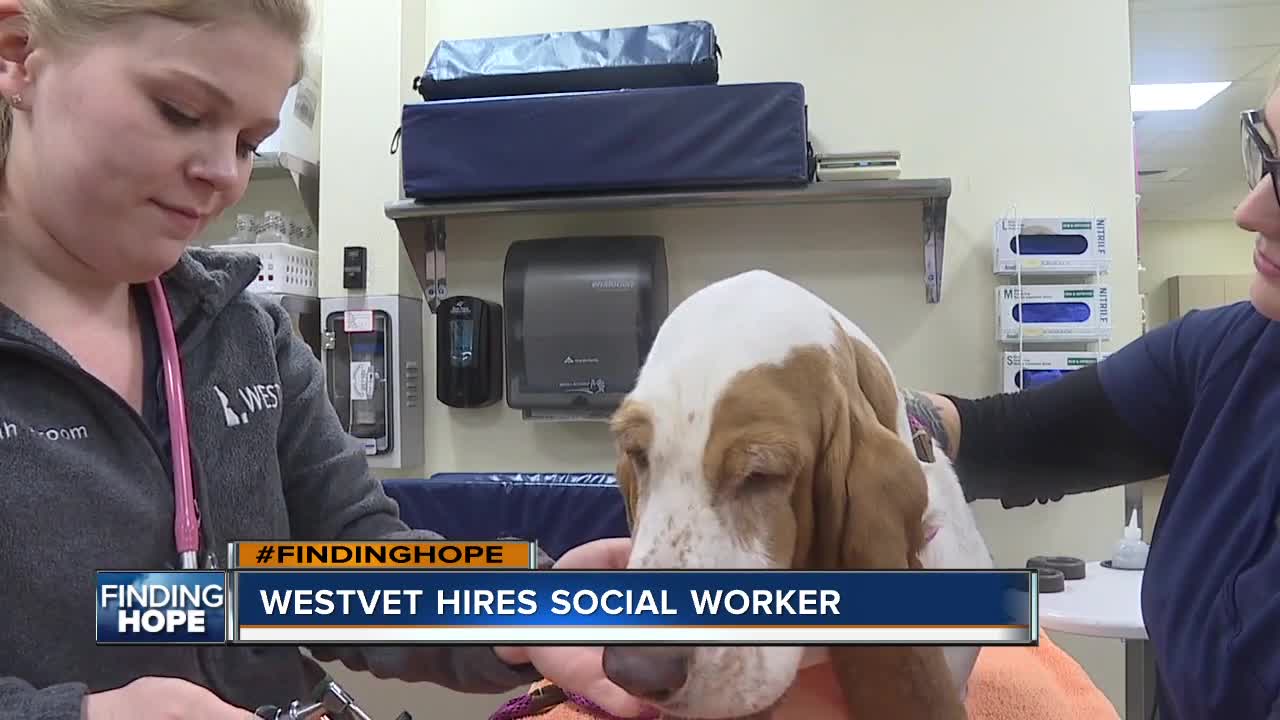 BOISE, Idaho — Veterinarians are dying by suicide at twice the rate of the general population according to the CDC , but a local veterinary hospital is working to combat that statistic by making a social worker an integral part of its staff.

WestVet, a veterinary clinic in Garden City is the first and only clinic in Idaho to bring on a social worker as part of their staff. Their goal with that social worker is to help pet owners, and also help those helping our furry friends.

“I think that pet loss and feelings around diagnoses that we have with our animals, sometimes there’s a stigma around that,” said Nicole Lang, Social Worker at WestVet.

Nicole and the WestVet team are trying to break that stigma, normalizing feelings of grief for pet owners, but also for the veterinary staff.

“In the past, it was just you worked hard, you did the work, yeah it was hard work, but you just kind of sucked it up,” said Lang.

With that came a lack of self care, and a spike in suicide rates among veterinarians.

“We haven’t, until lately, talked about compassion, fatigue, and self-care,” said Lang.

Nicole said veterinarians are said to experience death at a higher rate than human doctors because the life span of animals is generally shorter, and following the death or even bad diagnosis of an animal, veterinarians are then expected to console the pet owner.

“Veterinary healthcare professionals really try to be there for these individuals,” said Jeff Brourman, Regional Medical Director and Veterinarian at WestVet.

Brourman said this work often results in feelings of grief settling upon veterinary staff as well.

“We really felt the need to be proactive about this issue,” said Brourman.

In an effort to be proactive about the issue, they brought Nicole on. Often times she’ll sit in the room with staff and pet owners when they’re dealing with a difficult scenario.

“A lot of times we’ll leave the room and I’ll say hey, how did that feel for you? Let’s talk about that, how are, how are you taking care of yourself,” said Lang.

She’s not looking to be a person’s full-time social worker, but she does provide someone to talk to in the moment, and she’s always ready to provide information on counseling resources and articles to help either veterinary staff or pet owners.

If you or someone you know is struggling with the loss of a pet, Nicole wants to emphasize that the feelings are normal and they should be addressed. She highly recommends seeing a counselor.